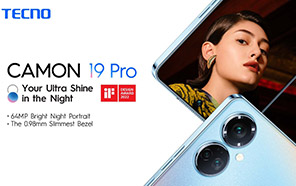 After Tecno’s successful retail of premium Tecno Camon 19 Pro Mondrian and the standard 19 Pro in multiple regions worldwide, the brand has finally launched the new Pro Series in Pakistan. Both phones are high-end models with similar features, but only the Camon 19 Pro is currently available while the Mondrian edition will join later on. 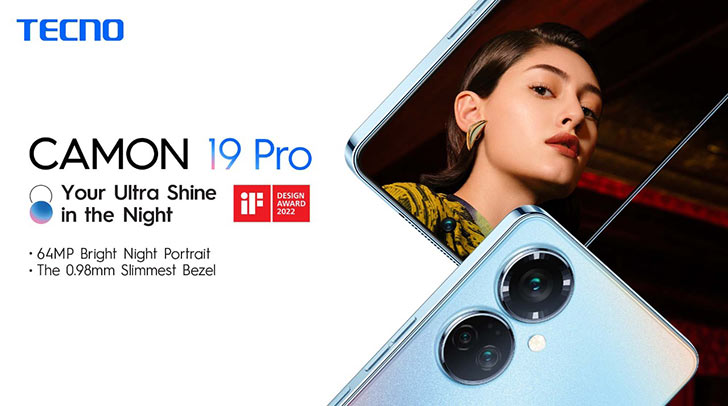 Tecno Camon 19 Pro got launched today and is now available on store shelves nationwide carrying a price tag of Rs. 49,999. Following the official social media launch announcement, the new handset also got listed on the Daraz store for users to buy online.

The Camon 19 Pro Mondrian will be priced at Rs. 51,999 and the availability is slated for October. Per the former poster leak, the Mondrian edition will include a backpack worth 8000 rupees as a gift with initial sales. The same might not be valid for the simple Camon 19 Pro as it's not specified anywhere on the official site. These phones have the following features. 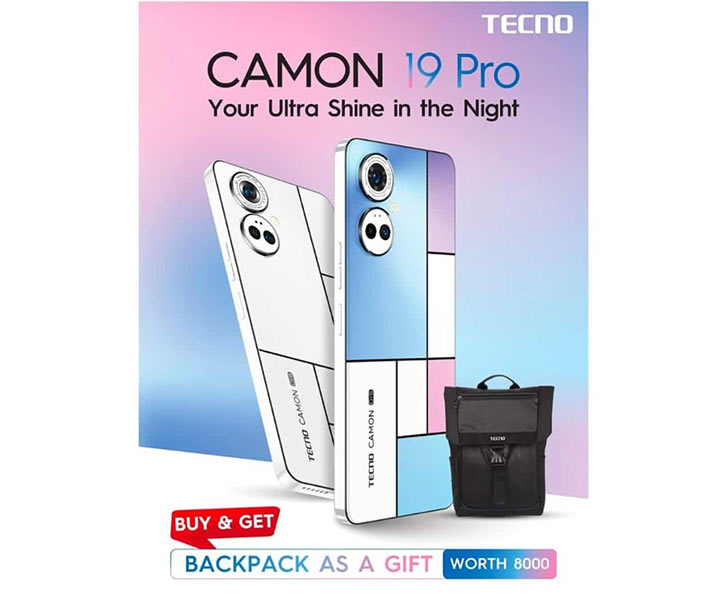 Both phones have MediaTek Helio G96 CPU driving the Android 12 x HiOS 8.6 operating system. While the Mondrian edition only offers an 8GB plus 256GB storage option, its counterpart comes with 8GB RAM plus 128GB and 256GB storage configs.

As said earlier, the Pro Mondrian has a unique touch of design inspired by the Dutch painter Piet Mondrian’s abstract Box pattern artwork. Its Polychromatic photo-isomer technology allows the white segments on the back to change their color with light exposure at a mid-range Tecno mobile price tag. 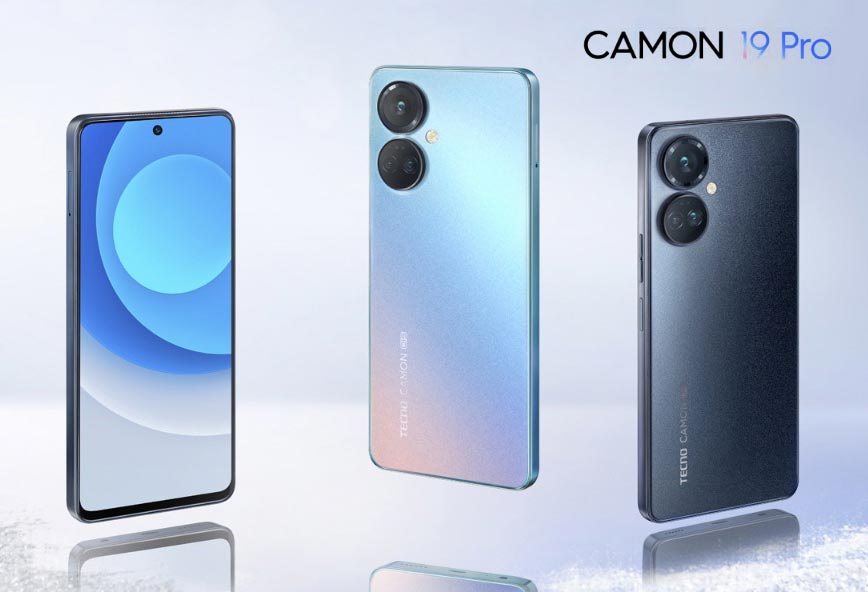 The screens on both phones are similar — a 6.8-inch IPS LCD with 1080p resolution, 120Hz refresh rate, and a pixel density of 396PPI. The rear camera has dual vertically stacked circular units; the upper one houses the primary 64MP sensor; while the lower one has two (50MP 2X zoom telephoto + 2MP depth of field sensors).

Under the hood, you’ll find a 5000mAh battery energizing the entire package. Both Camon phones have a side-mounted fingerprint reader embedded into the power key. Other features include expandable storage, Dual Band Wifi, Bluetooth 5.1, 33W charging support, and a 3.5mm audio jack. The Camon 19 19 pro is now available while Mondrian is soon to follow.