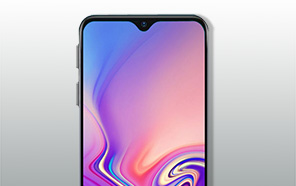 It's not a secret anymore that Samsung has decided to shake up its own range of devices. So, the geeks who want to go with the best bang for the buck should now pay more attention to Samsung's new M series and those who want a bit better can opt for the A series. Leaks about the Galaxy M10 and M20 got surfaced weeks before and now some key details of Galaxy M30 have just been spotted. 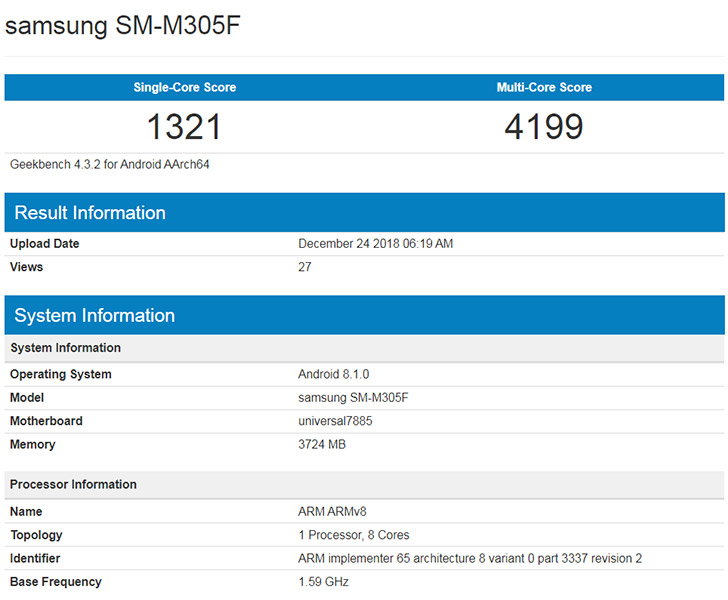 The details were spotted on the benchmark website Geekbench where the CPU benchmark results for the SM-M305F were posted. Though the tests indicate M30 to be slightly more powerful, the latest addition to the M series will receive the same Octa-core Exynos 7885 chip as seen in the Samsung Galaxy M20. Clocked at 1.59GHz The M30 scored 1321 points for single-core and 4199 points for multi-core tests.

The mobile phone has 4 GB of RAM and comes with Android 8.1 Oreo operating system preinstalled. Based on the earlier leaks, we already know that Galaxy M30 will be released in two versions based on the internal storage of 64 GB and 128 GB. The device will also carry an Infinity-U display.

In addition, Samsung M30's display will be based on LCD panels instead of the AMOLED to optimize the costs. That's all we know at the moment. The Galaxy M family is expected to debut in the first quarter of next year and, possibly, the premiere could be held at MWC 2019. 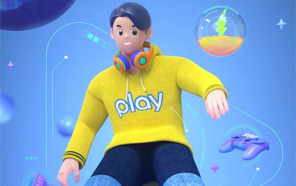 Honor Play 4 Series Officially Announced After being Spotted on TEENA, the Gaming Duo Launches on June 3 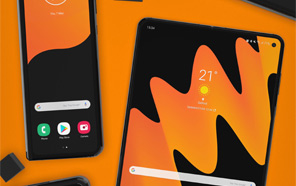 Samsung Galaxy Fold 2 is on Track for the August Launch; Begins Mass-Production