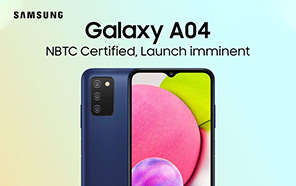 Samsung Galaxy A04 Secures an NBTC Certification; Launch Just Around the Corner

Samsung has been busy recently, whether it be new product launches, announcements, or rolling out updates to existing devices. One such device under the pipeline, the Galaxy A04, has just been certified by the NBTC website. The listing solidifies the handset's title, which goes by the model name SM-A045F/DS. 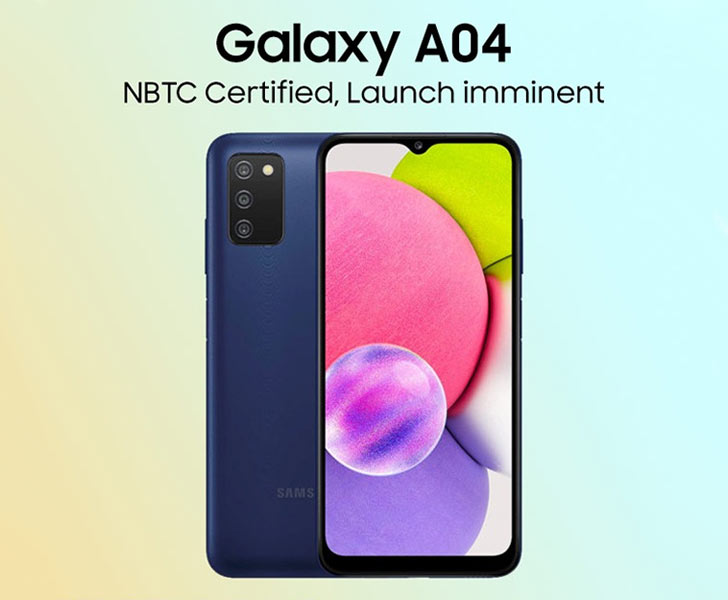 This isn't the first one for the Samsung Galaxy A04, as the device has already appeared on the WiFi Alliance and FCC websites sporting the same model number SM-A045F/DS. The NBTC also confirms no 5G support for the Galaxy A04. The certification reveals nothing else to talk about.

However, the smartphone has cleared a number of crucial testifications, so it's expected to hit the market soon. As its predecessor, the Galaxy A04 will also be a lower-budget device with mediocre internals. 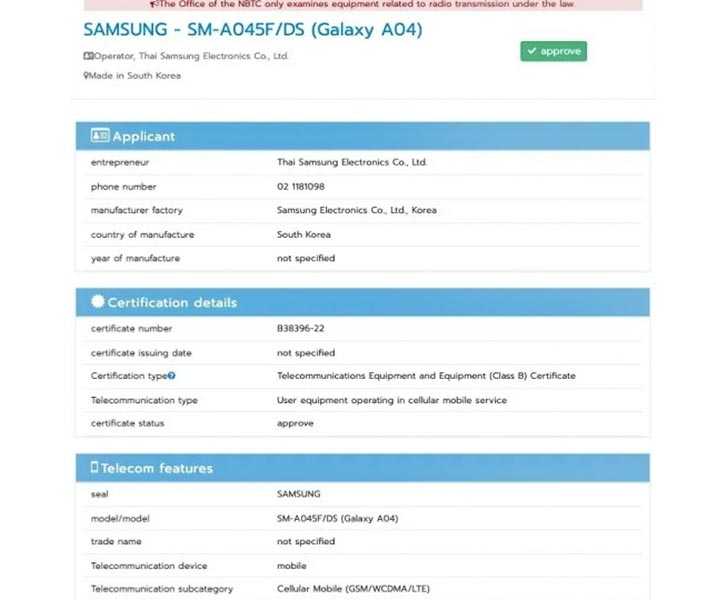 Per the FCC listing, the successor of the Samsung Galaxy A03 will bag the same 5,000 mAh battery as the already available Galaxy A22 5G. This power cell will support 15W Quick charging. This affordable device will allegedly deploy an octa-core processor with 4GB RAM. There will expectedly be a maximum of 128GB storage, further expandable via a dedicated MicroSD card.

The software installed on Galaxy A04 would probably be a limited Core variant of the OneUI 4.1 skin on top of Android 12 OS. A plain and solid-colored rear shell would house its triple camera combo comprising a 48MP primary shooter working in unison with a duo of 2MP lenses.

There's no word from Samsung regarding the official launch date or other specifications, but Samsung's latest A model is not far from its global launch. We also expect the Galaxy A04 to land in Pakistan soon after the official announcement.