Apple introduced their latest iPhone 12 series with support for MagSafe charging. The technology magnetically attaches a wireless charging ring to the back of the device. And Realme is now bringing the feature over to Android. Realme Flash is soon launching with MagDart charging. 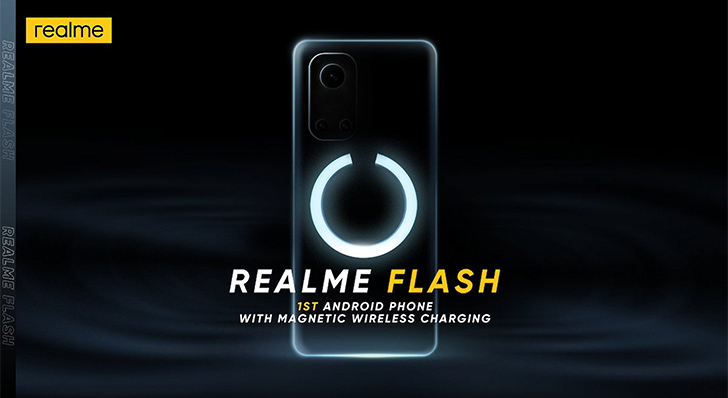 Realme sent out invites for the Realme Magnetic Innovation Event slated for August 3rd, 2021. You can catch the unveiling of the Realme Flash on Realme’s Facebook or YouTube pages. Here are the details.

The teasers feature a preview of the Realme Flash, showcasing a ring-shaped highlight and a triple-camera inside a square housing. The donut coil securely connects the phone to the charger. The charging station itself is advertised to be as slim as a coin. It’s an all-metal design, reported to integrate a fan for heat dissipation. 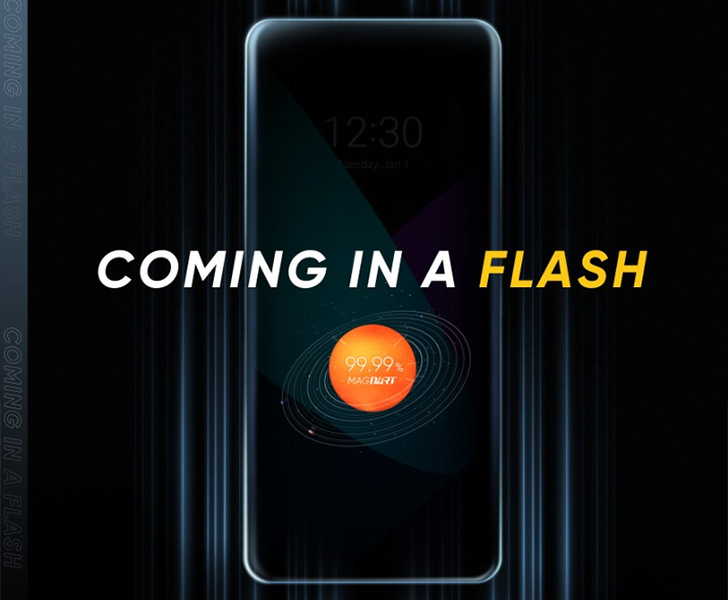 Expected to join the Realme price list soon, rumor has it that the MagDART delivers up to 50W of power to the 4500 mAh battery inside the Realme Flash. In contrast to the 10W slow-charging MagSafe seen in the iPhone 12 series, the MagDART is light years ahead. Naturally, it becomes the fastest magnetic wireless charging standard around.

Other than the charging plate, the Realme Flash can also attach several magnetic accessories to its back — wallets, battery packs, cardholders, and radiators. Reportedly, the phone has the Qualcomm Snapdragon 888 at its heart. This top-shelf silicon works with 12GB of memory and 256GB of internal storage. Realme UI 2.0 based on Android11 powers the Flash. We’ll have more details once the phone debuts tomorrow.