Oppo announced the first entry for its newly-minted ‘Ace’ series – the Oppo Ace 2, and its launch date to be April 13th. Oppo is now letting us in on the phone’s design and its partial specifications with a teaser poster. The phone is also listed on the online vendor’s site, along with its renders but no hint of Oppo Price tag. 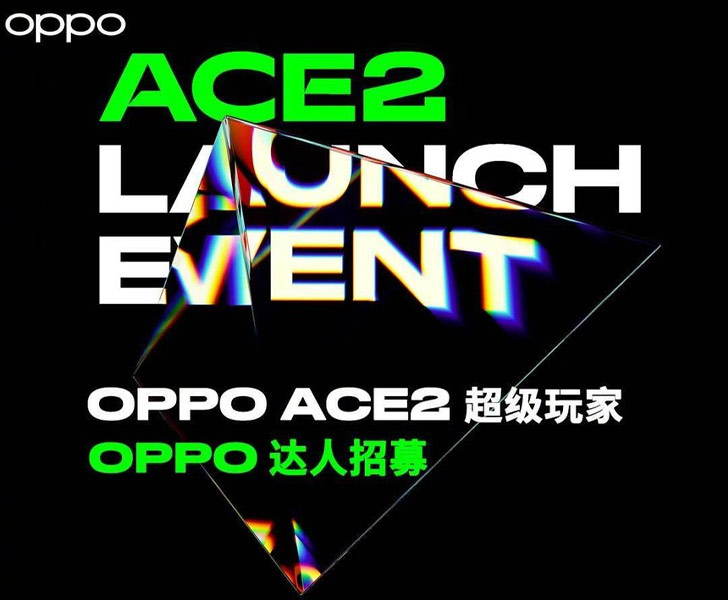 Aside from confirming the Oppo Ace 2 chipset details, the poster shows a quad-camera setup, housed inside a round camera bump – a design choice we’ve seen in more and more 2020 flagships lately. You can also spot the volume rocker on the left side of the spine and the power button on the right. 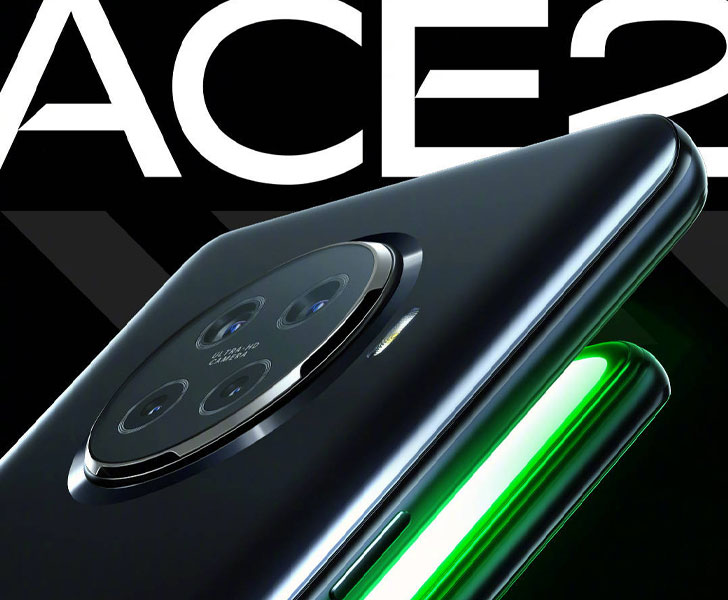 The Ace 2 press renders that appear on the online store, JD.com depict two color options: a glossy purple with a subtle smoke-like pattern, and a solid black shade. The build has soft roundings and chamfered edges, and of course, an oversized circular housing. The four lenses are arranged in a squarish layout, with an LED flash flanking the setup.

The Oppo Ace 2 display is an AMOLED panel that stretches 6.5 inches across with a punch hole cut out in its top-left corner. The screen produces an FHD+ resolution at a 20:9 aspect ratio. 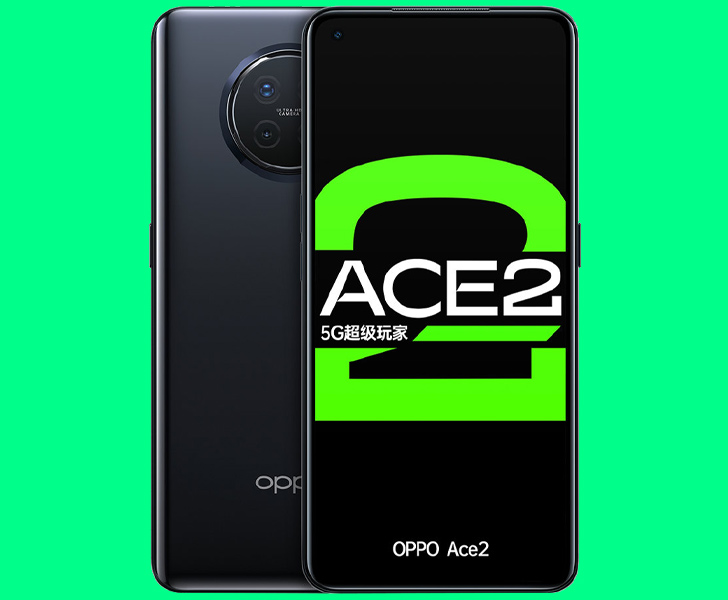 As per a previous TENNA certification listing, the Ace 2 will combine 8GB + 128GB and 12GB + 256GB memory and storage configurations, with the 5G-powered Snapdragon 865 SoC. The rear camera features a 48MP main sensor, that works with an 8MP wide-angle lens, and a pair of 2MP shooters.

The battery is yet-to-be-revealed, but it has two cells, and one of the cells is 1,955 mAh. More to the point, the unknown battery will support 65W wired fast charging and 40W wireless charging.

Oppo Ace 2 is Launching on the 13th of April however the Oppo prices are still kept under wraps. But, since the original Reno Ace was never launched outside China, there’s no telling if the sequel will be any different. If it does launch outside the domestic market, it’ll likely make its way to Pakistan.