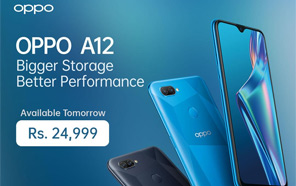 Oppo A12 With Bigger Storage & Better Performance Goes on Sale In Stores Nationwide; Available at Rs 24,999

After introducing the Oppo A12e last week, Oppo announced yesterday that the Oppo A12 will go on sale in stores nationwide from today onwards. The phone got listed on Oppo’s webpage, and the official social media sources have also revealed the Oppo prices along with other details. 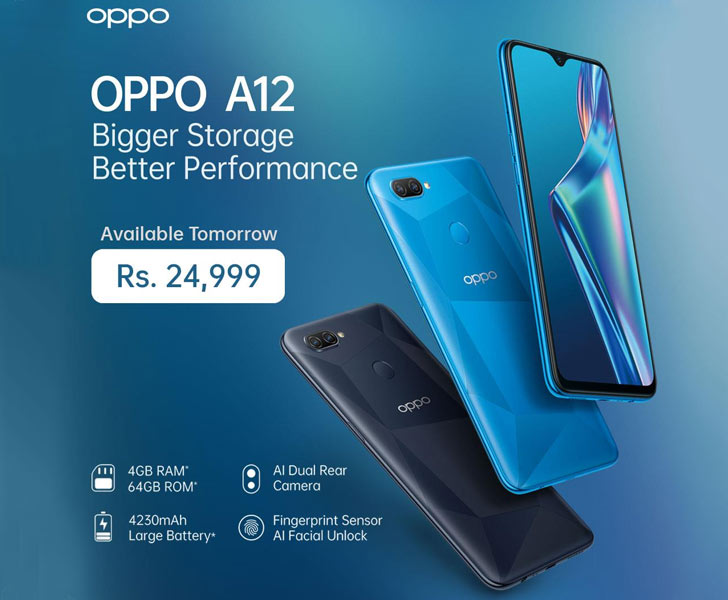 The entry-level model Oppo A12 features a polycarbonate build, and a now-obsolete ColorOS 6.1. Let’s talk design first. The plastic cover on the back has a ‘3D Diamond Blaze’ design that comes in Black and Blue colors.

This fractal pattern is more pronounced in the former editions. A12 twin camera, set up in a horizontal layout, sits in the top-left corner of the device, with a rear-mounted fingerprint reader resting below it. 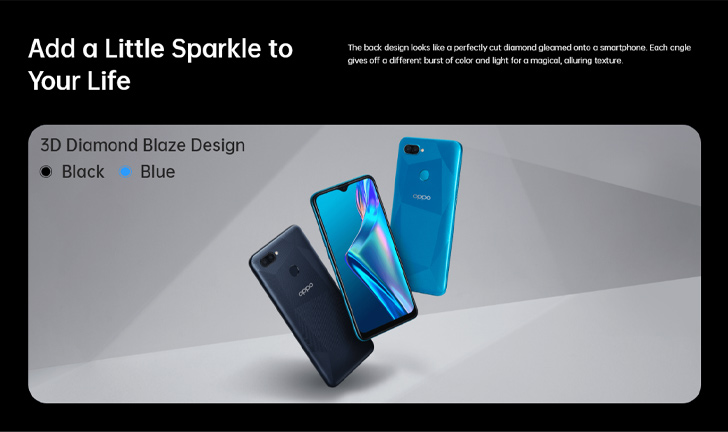 Go around the front of A12 by Oppo, to be greeted by a 6.22” water-drop display, bordered by medium-sized bezels all around. The screen produces an HD+ resolution and has an 89% screen-to-body ratio. The overall build is 8.3mm thick and weighs only 165g — which makes for a slim profile. 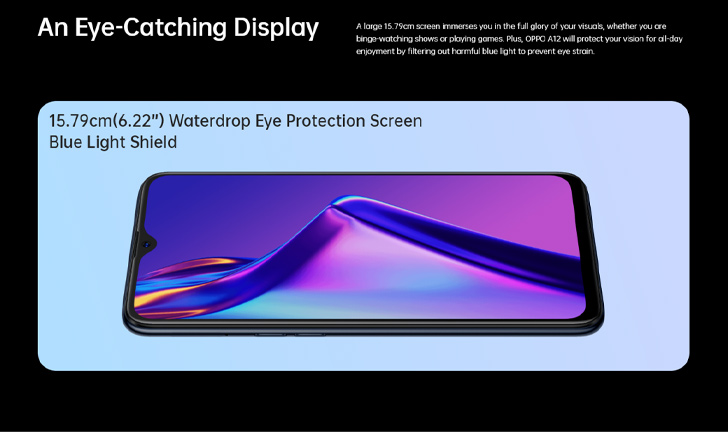 In a similar vein to the A12 design, the phone offers rather unremarkable performance — at least on paper. A previous-gen MediaTek Helio P35 handles processing, combined with a 3GB/4GB and 32GB/64GB (expandable up to 256GB) configuration. 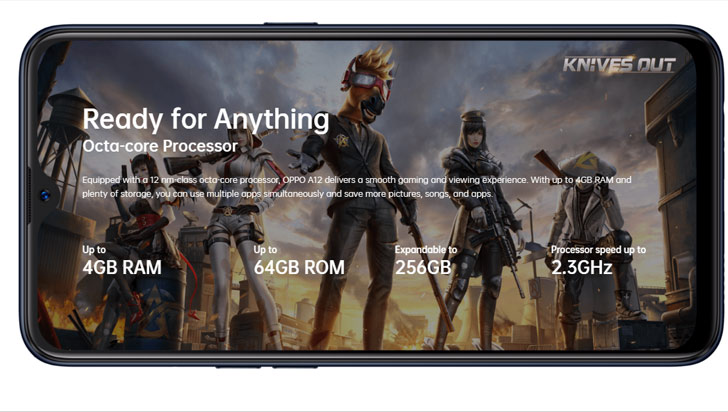 According to Oppo, hooked up to the A12 internals is a 4,230 mAh battery, which you can get up to 17 hours of moderate usage out of.

The AI dual rear-camera features a 13MP main sensor and a 2MP depth sensor that allows for hardware-grade bokeh effects in portraits. Though the f/2.2 aperture is too small to take any decent shots in low-light. The front camera inside the notch has a 5MP lens behind it.

The all-new Oppo A12 ships with the Android-9-powered ColorOS 6.1, carrying an affordable Oppo price tag, it will set you back Rs. 24,999.