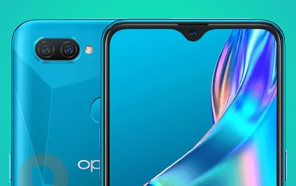 Oppo A12 Appears in a Press Render Revealing the Complete Design; Specification Sheet also Out

A press render for an upcoming budget Oppo phone is circulating the web along with its specifications. Titled ‘Oppo A12’, the model has already been signed off by Thailand’s NBTC and benchmarked by Geekbench, so its release shouldn’t be far off. That said, since the Oppo A11 was never launched in Pakistan, it’s difficult to say with any certainty if its successor will be either. 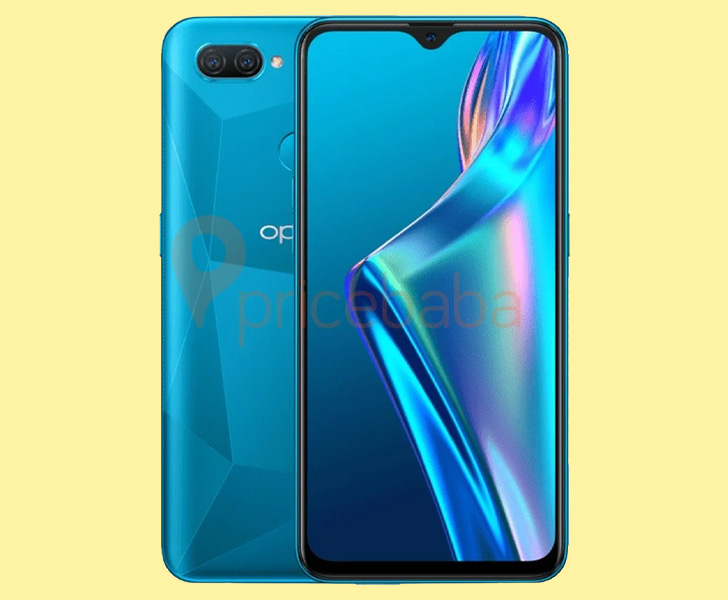 Its yet to see how Oppo prices the upcoming model, but as per the source, you’re looking at a notched 6.22-inch display that produces an HD+ resolution and houses a modest 5MP front camera. The rear shell is polycarbonate and sports a fractal pattern in a glossy blue shade. The roundings are soft, and it embeds a twin-camera with a traditional fingerprint scanner in the middle. The build has the dimensions of 55.9x75.5x8.3mm, and it weighs 165g.

The dual camera on the back includes a 13MP main sensor, paired with a 2MP module (likely a depth-assist lens). The cameras are arranged horizontally, flanked by an LED flash.

The phone runs on a MediaTek Helio P35 chipset, and Oppo has combined it with 3GB + 32GB and 4GB + 64GB options. A 4,230 mAh battery powers the hardware but the leak doesn’t detail any fast charging support for it. By comparison, its supposed predecessor, the Oppo A11 debuted with a robust Snapdragon 665 chipset and up to 6GB/256GB of memory and storage.

CLICK HERE TO SEE
OPPO A12 Price in Pakistan & Specs

While the entry-level specifications come as a surprise, the phone will also be shipping with an outdated Android-Pie-based ColorOS 6.1. Oppo seems to be making the cutbacks to keep the Oppo price tag well within the affordable price bracket.