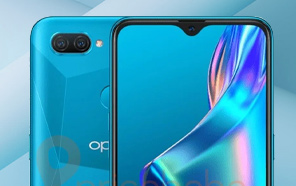 WhatMobile reported the leak detailing the Oppo A12 that’s scheduled for launch soon. It has now been signed off by the Bluetooth SIG certification authority, which details its specifications as well. The entry-level smartphone will be available at affordable Oppo prices. Previously the device has also been showcased in a press render, so we have a fair idea of Oppo A12’s design. 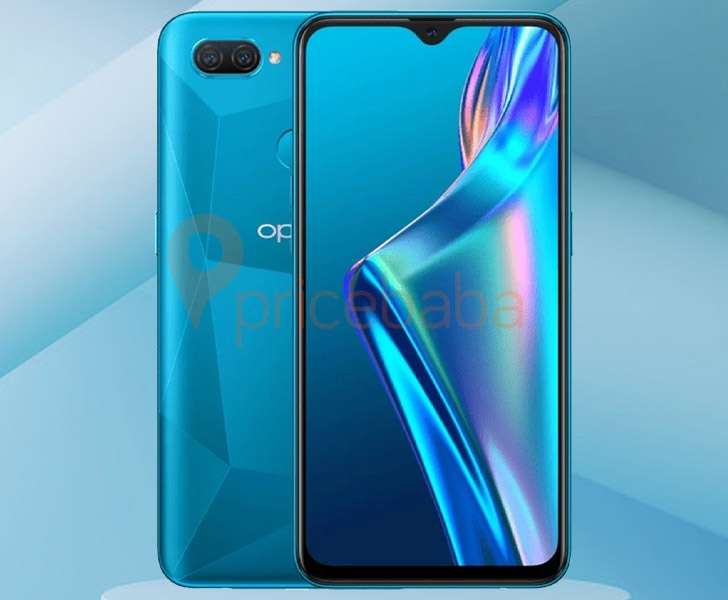 The Oppo A12 screen stretches 6.22 inches across and features a notch extending into it. As is typical of budget-minded devices, the display delivers an HD+ resolution. The chin and the side bezels are pretty slim for a budget pick. The back panel has a fractal-like pattern that’ll come in at least one Blue shade. You’ll also find a rear-mounted fingerprint scanner and a dual-camera in a horizontal layout.

The primary camera has a decent 13MP sensor behind it, combined with a 2MP depth shooter. The front camera is a 5MP lens. 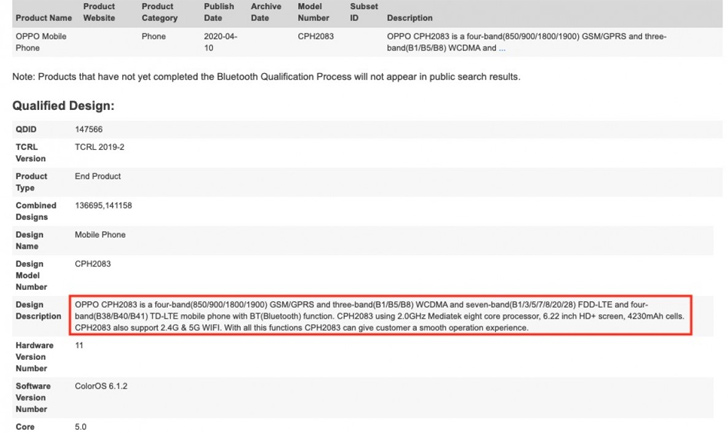 Oppo has picked a MediaTek Helio P35 platform for A12, which has an octa-core processor clocked at 2.0GHz baked into it. The storage and memory configuration aren’t described, but the hardware will be powered by a 4,230 mAh cell.

As per the listing, the build will have support for dual-band WiFi and Bluetooth 5.0 connectivity. The phone will be shipped with a previous-gen ColorOS 6.1 UI (based on Android Pie).

The Oppo A12 bears the model number CPH2083, but buried in the Bluetooth SIG database are two more model names: CPH2067 and CPH2069. Unlike the Oppo A12, however, the certification doesn’t include the respective specification sheets. Though it does reveal that the CPH2067 could be titled Oppo A72, that’ll run on ColorOS 7.1 (which runs atop Android 10).

The handset is expected to carry an entry-level Oppo price tag and Now that the phone has appeared on a Bluetooth SIG certification, the official launch shouldn’t be far off.