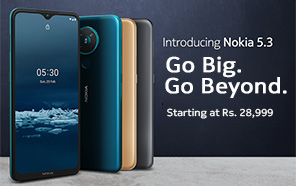 As HMD Global gears up to introduce the next generation of its Nokia phones, the budget Nokia 5.3 has made its way to Pakistan, five months after its launch. You can find it on Advance Telecom’s website or a brick and mortar store near you. Here’s a quick recount. 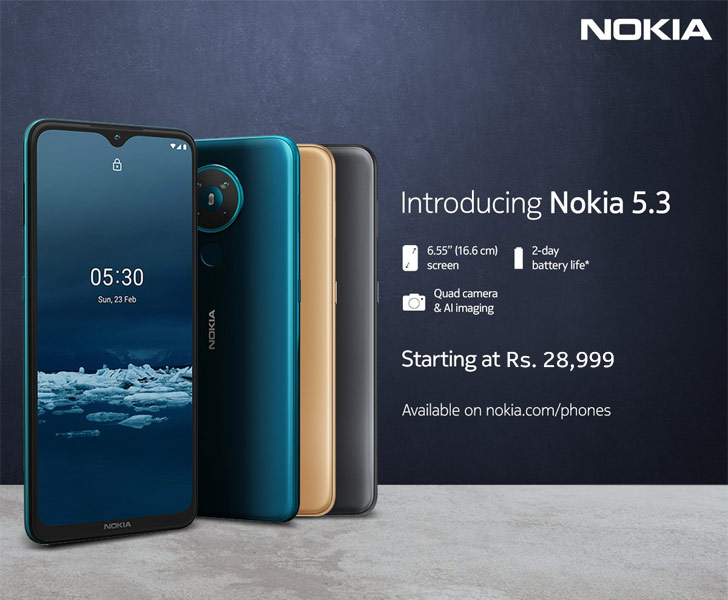 Nokia’s curvy, round design playbook is perfectly captured by this phone. It has a scratch-resistant composite back — polished and painted in Cyan, Charcoal, or Sand. The paint jobs feature a smooth gradient that appears to have been spray-coated.

In the middle of The Nokia 5.3, you find a circular camera housing and a ‘coin impression’ fingerprint scanner. You can summon the Google Assistant with a dedicated button on the frame. 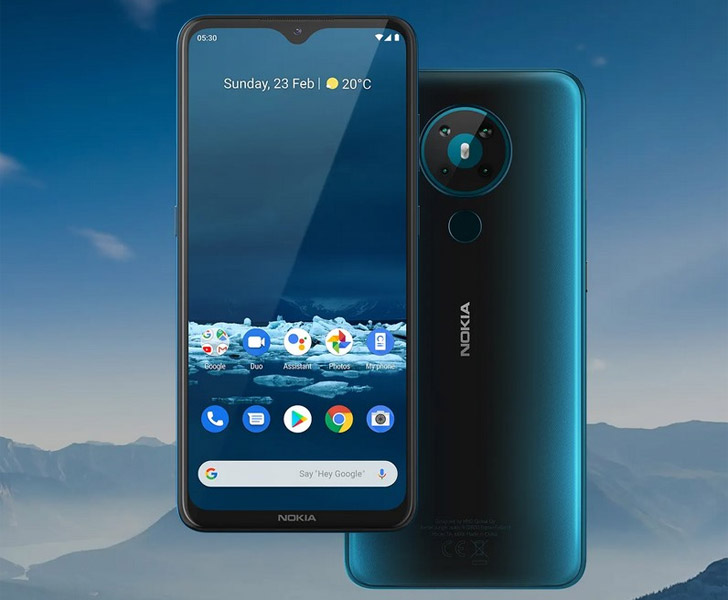 Inside the raised bump, there are four cameras arranged in the orbit of an LED flash. The camera setup on Nokia 5.3 is powered by AI image processing that supports a dedicated night mode and bokeh effect for your portraits. For wide-angle shots, there’s a 5MP lens with 118° FoV — not to mention the macro and depth lens duo rounding off the main 13MP camera makes it stand out in the Nokia price list. The 8MP front shooter is decent but unremarkable. 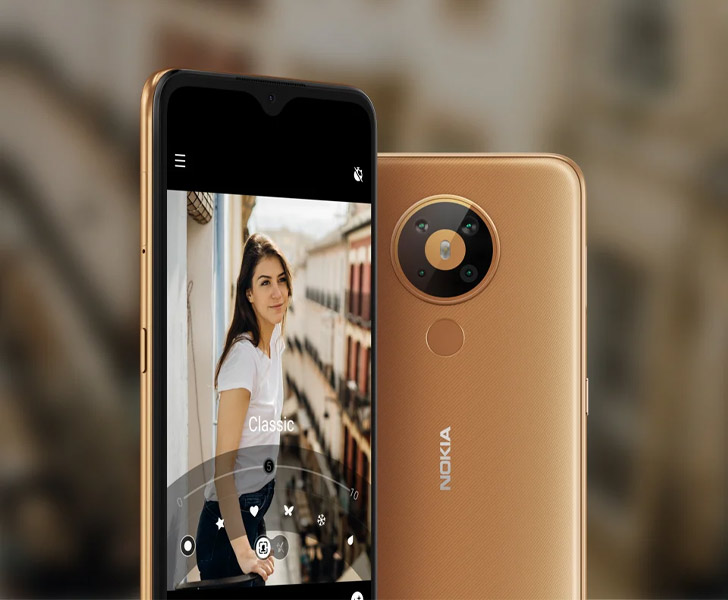 The same goes for the display. The 5.3 by Nokia stretches 6.55” across, surrounded by mid-size bezels and a drop notch dripping into it. The aspect ratio which fills the screen is 20:9 but it only reaches the standard entry-level HD+ resolution. 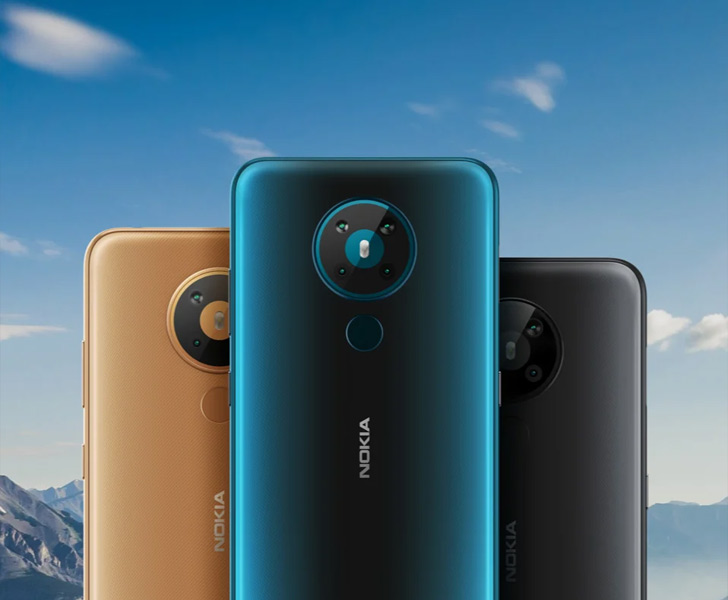 Nokia 5.3's battery capacity is again below the industry average. At 4,000 mAh, Nokia still promises a two-day battery life, augmented with ‘AI Adaptive Battery’. There’s no fast charging support and the storage only goes up to 64GB, paired with 3GB/4GB/6GB of RAM.

The processors don’t seem to be a focus for the revived brand and the Nokia 5.3 is no different. A mediocre, last-gen Snapdragon 665 powers the device. Not exactly a bargain for its Rs. 28,999 starting price — unless you’re in the stock Android camp and don’t want to shell out twice as much for a Google Pixel. You get guaranteed software upgrades for two years, alongside pure Android 10.