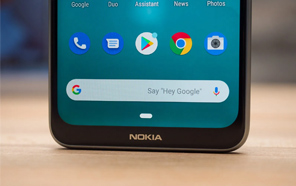 A mysterious Nokia model, codenamed ‘Captain America’ popped up in a series of live shots last month, and speculation dubbed it ‘Nokia 5.2.’ The model was expected to make a debut at MWC 2020, but once the organizers pulled the plug on the event, the rumor mill went quiet about HMD Global’s supposed upcoming mid-ranger, until now. NokiaPowerUser reports that the device is titled Nokia 5.3. The publication also shared the phone’s alleged key specifications. 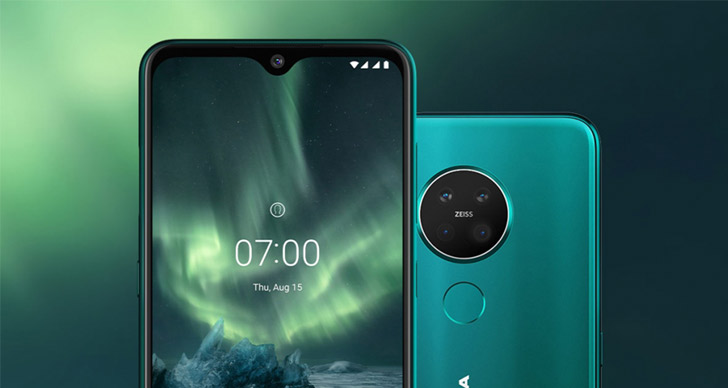 As per the report, the Nokia 5.3 bears the model number TA-1234 and sports a notched, 6.5-inch display, whose resolution is unknown but has an aspect ratio of 18.5:9. According to the previously leaked live images, HMD has shaved off the bezels, to bring you a modern 2020 design language an affordable Nokia prices.

Flip it over, and you’re looking at an oreo-shaped camera bump featuring an LED flash in the center, with four lenses occupying the LED module’s orbit. The main camera has a 16MP sensor behind it, coupled with a pair of 8MP shooters, and a 5MP sensor. The exact function of these individual units isn’t revealed yet, but we expect one of the 8MP cameras to be a wide-angle cam and the 5MP lens to be a depth-assist sensor. Inside the water-drop notch sits a modest 8MP selfie shooter. 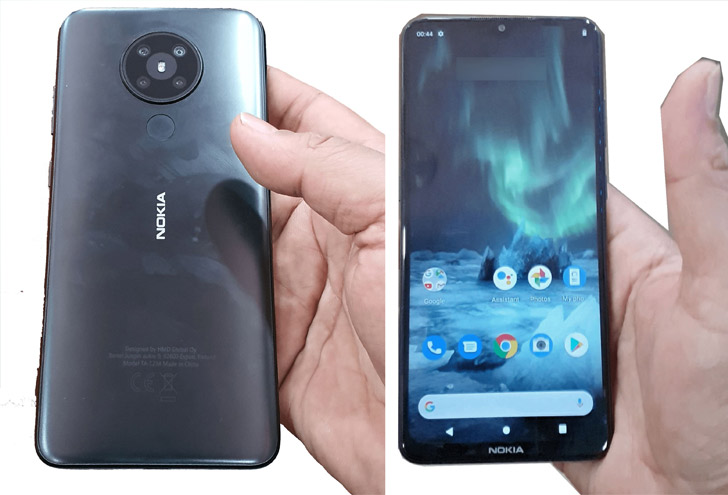 The rear-facing panel curves around the edges, but sports a rather outdated matte-like finish that comes in Cyan and Charcoal hues. Resting under the camera housing is a rear-mounted fingerprint scanner.

Nokia 5.3 is powered by either a Snapdragon 600 or 665 mobile platform that will be rounded off with three memory configurations: 3GB/4GB/6GB of RAM, combined with 64GB of onboard storage. A 4,000 mAh battery powers this hardware, but the report doesn’t detail the cell’s fast charging capabilities.

The upcoming model is expected to carry a Nokia price tag of $180 or 28,000 PKR without taxes and while HMD Global has yet to officially announce the device, it might make an appearance at the company’s March 19 launch event where Nokia’s first 5G smartphone is set to go official.