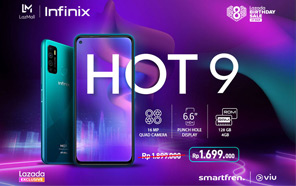 Infinix Hot 9 Released in Indonesia; Brings 128GB of Storage and a 5,000 mAh Battery in Tow

The follow-up to last year’s Infinix Hot 8 — Infinix Hot 9 goes global. The handset has just been launched in Indonesia implying that the Pakistan launch is not so far off either, if not delayed by the current coronavirus epidemic. This year’s iteration brings an updated design, a revised camera, and a massive battery at affordable Infinix prices. 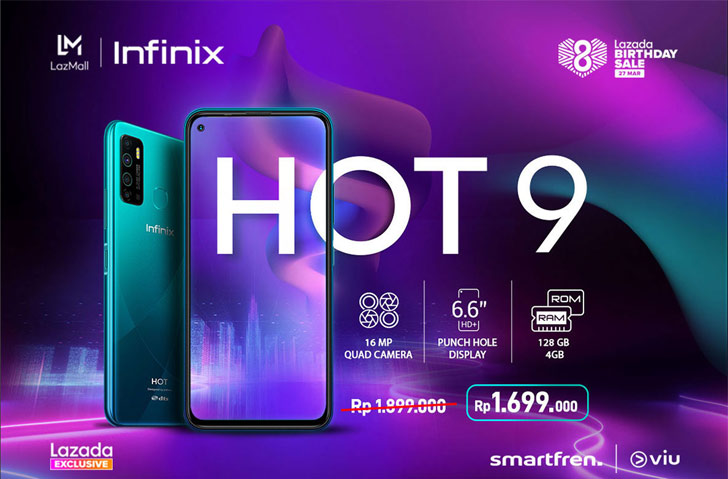 The Hot 9 features a 6.6-inch IPS LCD with a punch-hole camera in the top-left corner that produces an HD+ resolution. Infinix has shaved off the bezels further and gone with a rectangular camera bump that houses the phone’s triple-camera.

A rear-mounted fingerprint scanner flanks it. The rear shell on the ninth variant of the hot one is polycarbonate, and it comes in Ocean Wave, Midnight Black, Quetzal Cyan, and Violet colors. 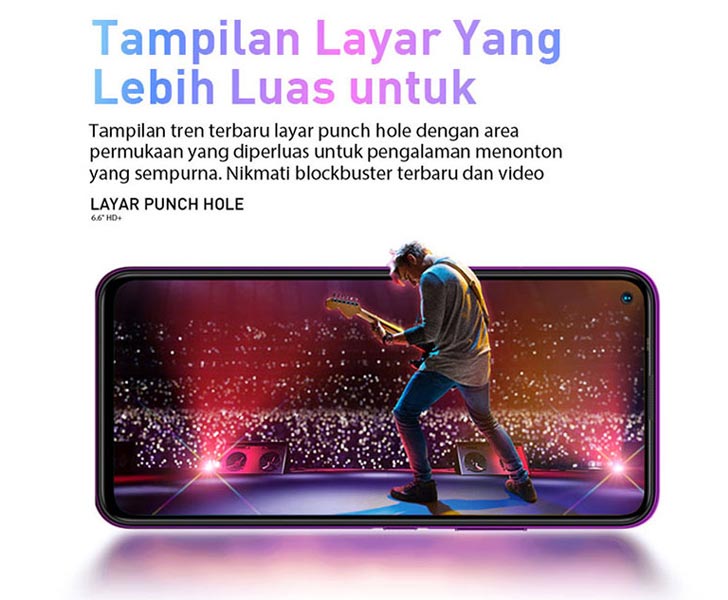 The primary shooter on Infinix Hot 9 has a 16MP sensor behind it, and it works with a pair of 2MP macro and low-light lenses — augmented with AI. For capturing selfies, you get a modest 8MP shooter. 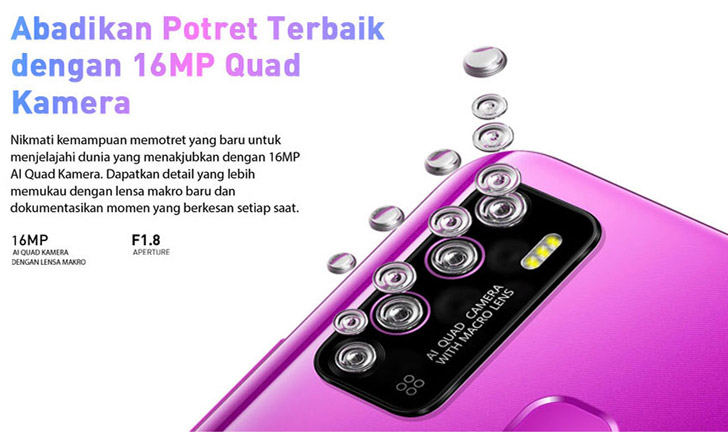 Under the Hot 9 hood lies a MediaTek Helio A25 chipset with its octa-core processor clocked at 1.8GHz and PowerVR GE8320 GPU. Infinix has paired it with 4GB of RAM and 128GB of onboard storage, which is a major step-up from last year’s 64GB ROM. You can also expand it with a microSD card.

A 5,000 mAh battery powers these internals and it comes with support for 10W fast charging. The hardware runs on the latest Android 10 with Infinix’s XOS 6 on top.

The phone is retailing at an Infinix price tag of Rp 1,699,000 in Indonesia, which converts to some 16,700 Pakistani rupees without taxes. Infinix hasn’t detailed the markets where the Hot 9 is headed, but when it’s released in Pakistan, WhatMobile expects it to be priced anywhere around 18,000 to 20,000 PKR.