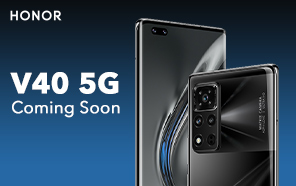 Honor's first phone as an independent brand, the Honor V40, is set to launch on January 22, after the company pushed the January 18 release. The new timeline will likely be met this time because the complete product listing is already up on an online Chinese store. 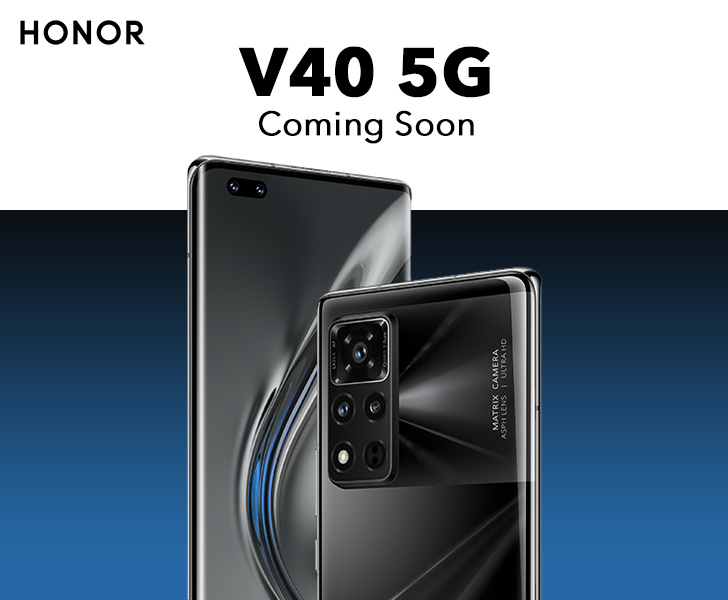 We’re shown the same V40 that Honor has been teasing on their social media these past few weeks. The screen has sloped edges, thin bezels, and a wide pill-shaped cutout housing for the front camera. It’s rumored to be a full HD AMOLED panel, capable of reaching 120Hz refresh and 300Hz touch sampling rates.

Flip the phone over to find a squared-off shell featuring a rectangular camera island. It sits atop a reflective accent that stretches across the width of the device. 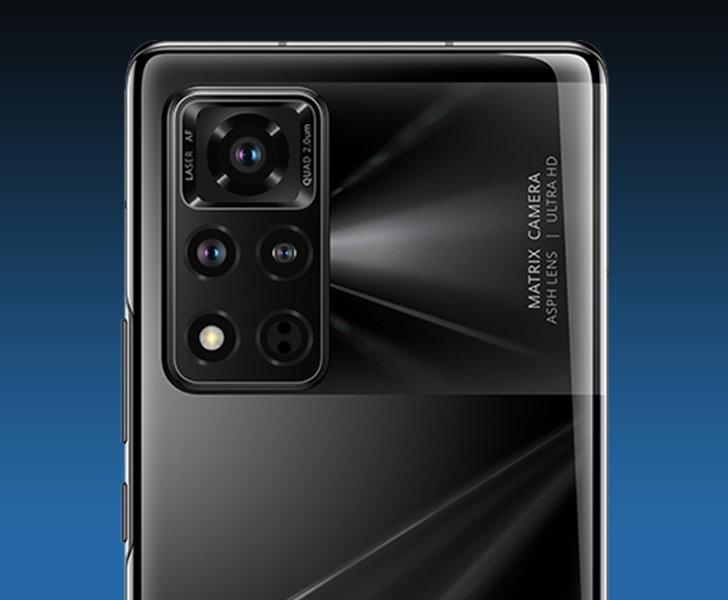 A hands-on video of the Honor V40 also popped up on the web, courtesy of the YouTube channel, Sparrow News. In addition to the charcoal finish, the flagship comes in orange and blue editions.

Of the four units encased in the camera platform, one is a laser AF module, and the other three make up the camera trio. It’s reportedly led by a 50MP wide sensor. An 8MP wide-angle and a 2MP macro sensor join. Out on the front, selfies are taken with 32MP standard and 16MP ultra-wide cameras.