After a few hiccups and delays, Honor's first phone as an independent company, the Honor V40, just launched in China. The model had been thoroughly leaked ahead of time, so the launch came with fewer surprises. Here’s what Honor’s 2021 flagship-killer offers. 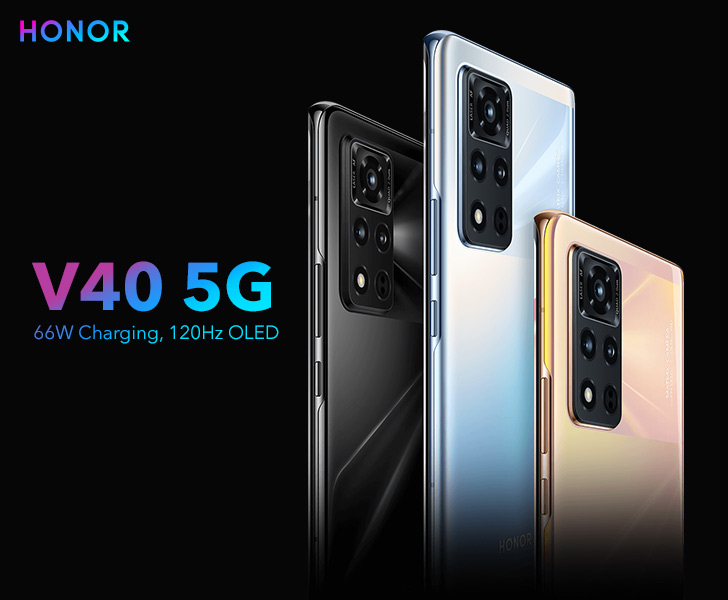 First things first, Honor no longer shares the sanctions the U.S. has imposed on Huawei. Technically, Honor can license Google Mobile Services. But the company doesn’t ship its phones with GMS in China, so we won’t have confirmation until the Honor V40 goes global.

MediaTek’s last-gen Dimensity 1000+ is at the heart of the phone, backed up by a 4000 mAh battery and 66W wired fast charging. Where most wireless chargers peak at 15W, the V40 can charge wirelessly over a whopping 50W. Android10-based MagicUI powers the V40. 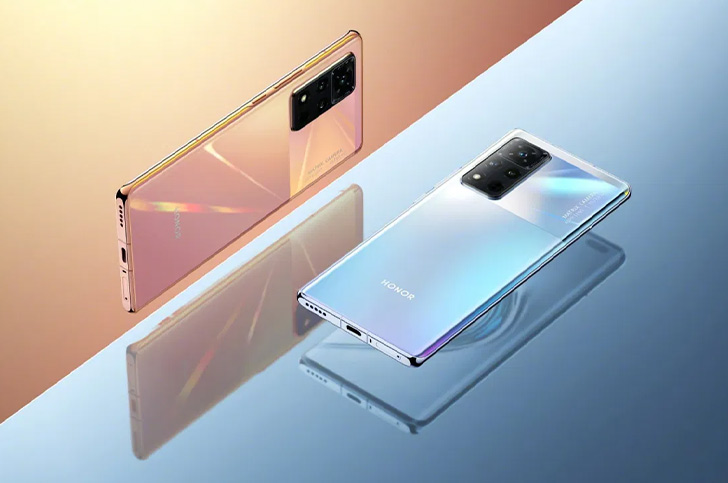 The Honor V40 display has sloped edges and a wide cutout for the front camera. We’re looking at a 6.72” OLED screen with a 2K resolution, a 300Hz touch response, and a 120Hz peak refresh rate. HDR10 support makes for true-to-life colors. And a built-in optical fingerprint scanner handles biometric security. 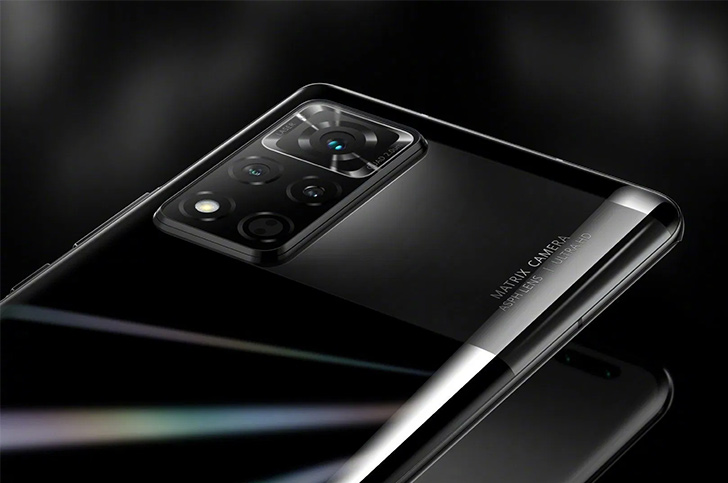 Its glass shell comes in night black, titanium silver, and rose gold colors. The camera plate juts out from a corner, accented with a reflective strip. Of the total four cameras on the Honor V40, three are housed on the back. This optical array features a 50MP Sony camera with an f/1.9 lens, an 8MP ultra-wide camera, and a 2MP sensor for macro photography. The 16MP selfie camera is joined not by an ultra-wide lens but by a color temperature sensor that takes up precious screen real-estate.