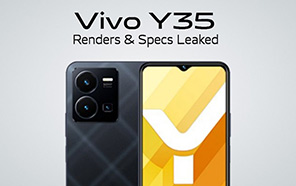 Vivo’s budget Y-series will soon welcome a new member dubbed Y35. The confirmation comes straight from the tipster Sudhanshu Ambhore’s tweet. He revealed seemingly official renders of the Vivo Y33s' new sibling along with a complete specification list. Here’s an overview of the handset’s internals. 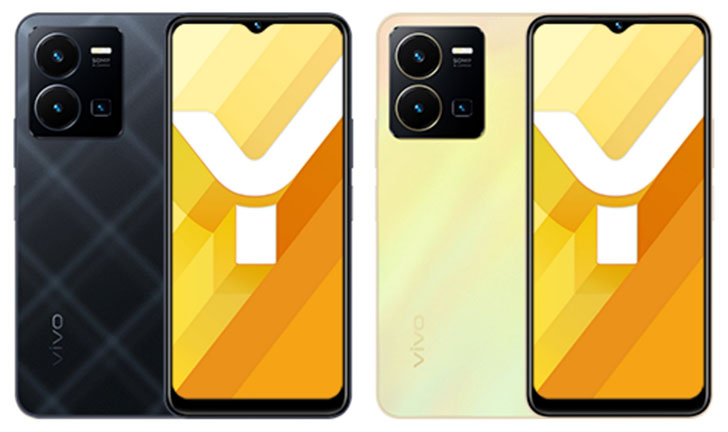 The Vivo Y35 was also spotted on EEC, Indonesia Telecom, TKDN, and Geekbench, bearing the model code V2250. The smartphone rocks a beautiful gradient rear casing with geometrical lining running along the back. There’s a side-mounted thumbprint scanner on the right embedded in the power key. A 188g weight and 8.28mm thickness will make the device handling pleasurable.

At the handset's heart will be a Qualcomm Snapdragon 680 SoC and Adreno 610 GPU. The smartphone will support up to 8GB RAM (With 8GB extended RAM functionality) and 256GB of internal memory. For connectivity, Bluetooth 5.2 and dual-band WiFi will also be onboard.

For multimedia experience, the Y35 deploys a 6.58-inches 60 Hz IPS LCD boasting a 1080p resolution. A waterdrop notch above this display houses the 16 MP selfie shooter. Lens-wise, a triple camera setup will occupy the back, featuring a 50MP primary capturer with a dual 2MP combo of macro and depth sensors.

The latest Y Vivo mobile will support a 5,000 mAh battery capacity charging with a 44W FlashCharge technology. A custom FunTouch OS 12 built on Android 12 will operate the phone. There would be a 3.5mm audio jack and a USB Type-C port on the bottom.

The Vivo Y35 is expected to be unveiled on 11th August in Agate Black and Dawn Gold color options. The handset is rumored to debut in India first and may soon be released in Other countries.