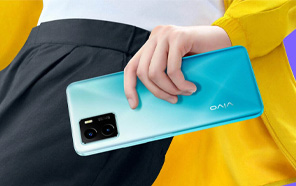 Vivo has been releasing new entry-level phones back-to-back ever since 2022 rolled around. And the long string of Y-series launches continues as Vivo gears up to introduce the Vivo Y15C. The upcoming Vivo Y15S sibling has yet to drop officially. But its pre-release benchmarks have surfaced online. 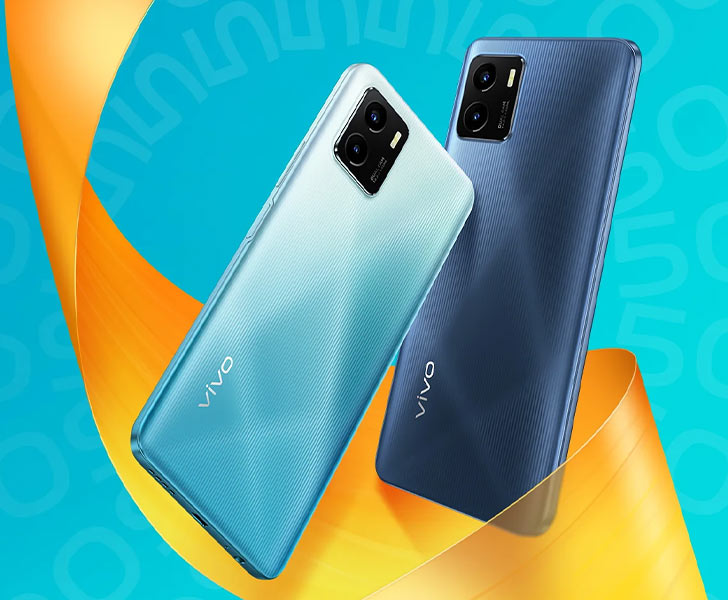 You can find the Vivo Y15C listed on the Geekbench database under the model number “Vivo V2147.” The scorecard features the benchmark figures and the core system specs. Since it’s a barebones phone, performance wasn’t a priority for the Vivo Y15C. The Vivo Y15C manages 164 points on single-core tests and hits 832 points when engaging all cores.

The Y15C features the MediaTek Helio P35 chip at its heart. — a four-year-old budget SoC listed under the model name “MT6765V/CB.” You get at least 3GB of memory paired with this chipset. And the latest Android 12 runs on this hardware. Note, however, that it’s likely to be the reduced Android Go version of the OS designed for low-end hardware.

Vivo has already secured approval from the CQC authority in the UK. That public listing verifies that the Vivo Y15C lacks rapid charging and the power brick inside the retail box peaks at only 10W. 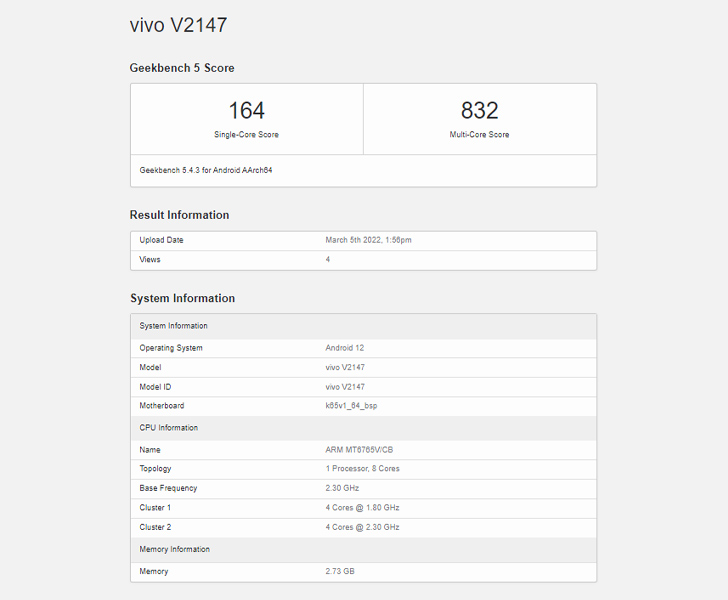 We speculate the Vivo mobile's new model is a retitled version of the Vivo Y15s. It was recently announced in Asia, featuring the Helio P35, a 5000 mAh battery, 3GB of memory, and 32GB of internal storage. The charging support is limited to 10W.

For the screen, we’re looking at a 6.51” notched IPS LCD. It peaks at 720P resolution and houses an 8MP front camera. The rear camera array contains 13MP wide and 2MP portrait shooters. Vivo has embedded a fingerprint scanner into the power button.