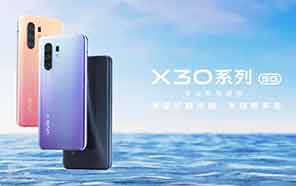 Vivo announced in a recent press conference that it would soon be releasing the first smartphone to feature Samsung’s 5G-enabled Exynos 980 chipset. The said smartphone, dubbed, Vivo X30, is scheduled for launch in December this year. But Vivo has officially given us a first look at this model with a teaser promo video.

The teaser confirms that X30 will feature a punch-hole display on the front & a periscope lens at the back. We’ve seen a similar camera on Huawei’s P30 and Oppo’s Reno Zoom. These periscope-style sensors offer incredible optical zooming capabilities, and as Vivo promises, their ‘Super Telephoto’ lens will have up to 60X zoom.

This so-called ‘Super Telephoto’ lens will be part of a quad-camera setup with a 64-megapixel primary shooter and an 8MP + 13MP + 2MP secondary configuration. The X30 is expected to debut with a second ‘Pro’ variant featuring a 60MP + 12MP + 13MP + 13MP configuration. You’re looking at a vertical camera arrangement embedded inside a gradient-sporting back panel. The teaser does not showcase the front design, but you get a 32-megapixel selfie shooter. Vivo also reveals that its 6.89-inch AMOLED display will offer a screen refresh rate of 90 Hz. 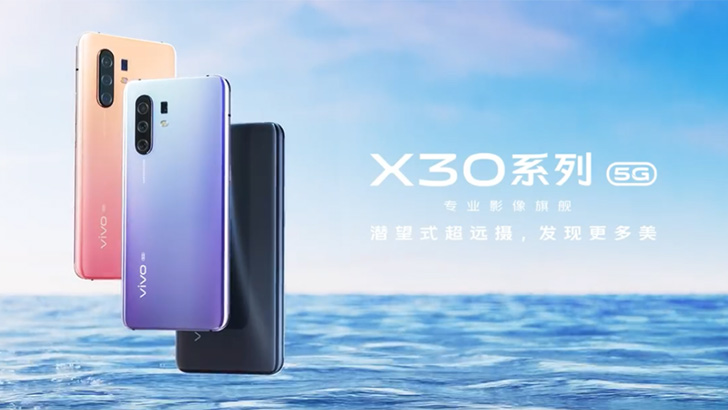 The second highlight would be the chipset at the heart of the X30. In collaboration with Samsung, Vivo X30 – a third-party device, will be the first smartphone to feature Samsung’s 5G-enabled Exynos 980 chipset. 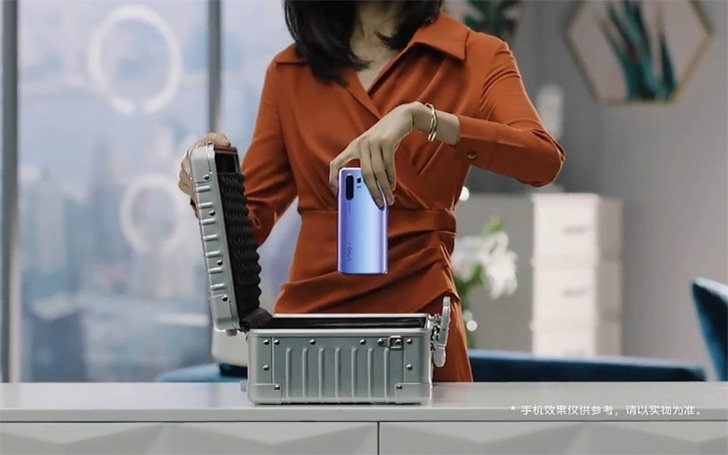 In addition to its six Cortex A55 cores and two Cortex A77 cores, the SoC has a 5G modem baked into it that supports both SA (standalone) and NSA (non-standalone) networks. With dual-mode 5G connectivity, the phone can reach download speeds as high as 2.5 Gbps. The chip also has a Mali-G76 GPU that promises better graphical performance.

The rest of the internals remain to be officially confirmed, but the chipset will likely be rounded off by 12 GB of RAM and a 4,500 mAh battery with support for up to 44W fast-charging. Vivo says that this promo is the 2nd of three to come, so we’ll have more details for you soon including the expected Vivo price tag.