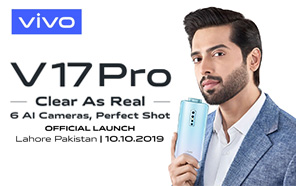 Vivo V17 Pro with a dual pop-up camera is coming to Pakistan on 10th of October.

The much-anticipated successor of Vivo V15 Pro has been making headlines following weeks of teasing and leaks. You can chalk the anticipation up to the dual pop-up camera sitting on this camera-centric mid-ranger. After its release in India a few weeks back, the V17 Pro is finally going to hit the store shelves in Pakistan. 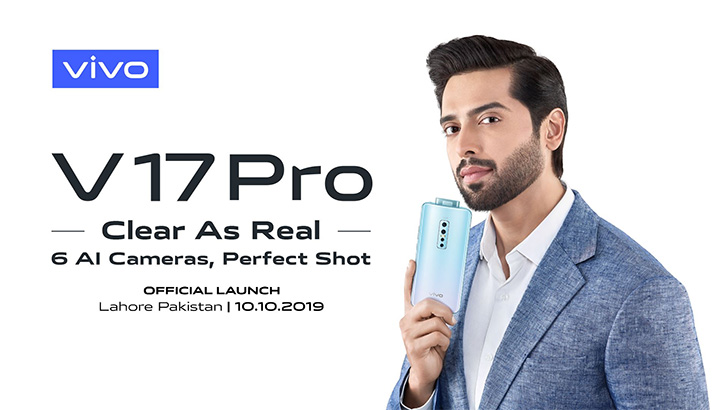 The entire spec sheet and design of Vivo V17 Pro got leaked way ahead of its global release so there's nothing new to tell here. And the highlight would obviously be the motorized pop-up camera with a twin-camera setup. You’re looking at a jaw-dropping 32-megapixel front shooter, combined with a 2-megapixel depth lens for shots with better depth of field. The front-facing dual camera also offers excellent low-light photography as well as wide-angle selfies.

The rear optics setup of the new V17 Pro supports a quad-camera array, with a 48-megapixel primary shooter, paired with an 8-megapixel ultra-wide, a 13 MP, (telephoto) and another 2-megapixel depth sensor. The front dual Motorized pop-up setup, on the other hand, includes a 32MP wide snapper and an 8MP ultrawide 17mm lens. 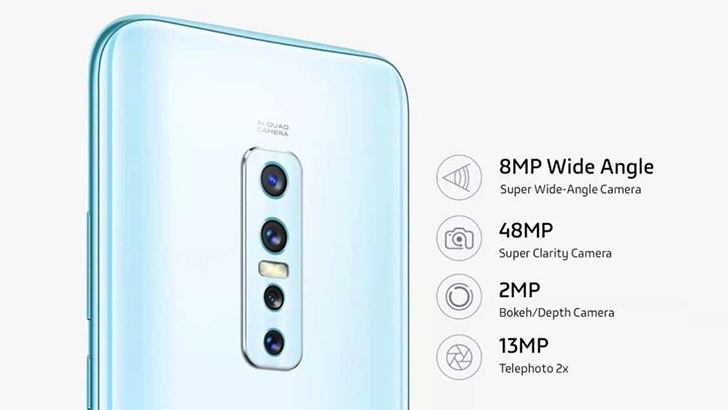 The pop-up design rids the new Vivo Pro of the now-common notch, in favor of clean bezel-less build. The Super AMOLED FHD+ display takes the high-end yet minimalist design a step further. Speaking of which, the overall build of the phone feels very polished, even though it features a glass back panel.

The fingerprint reader in the new V17 Pro resides just under the display, which although isn’t as snappy as a capacitive sensor but it’s close. Unlike most manufacturers, Vivo didn’t lop off support for the 3.5 mm headphone jack, which is a good thing. 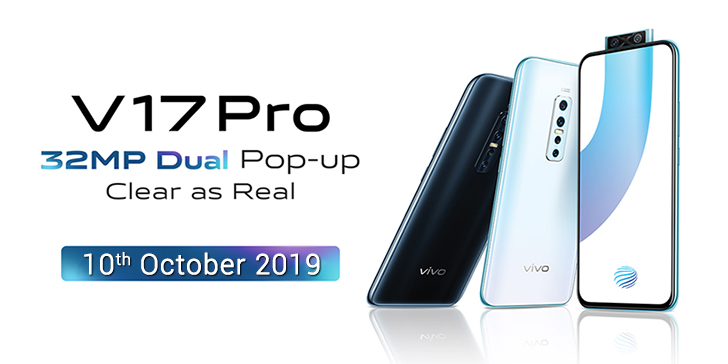 For the internals, the V17 pro by Vivo carries over the Qualcomm Snapdragon 675 chipset from the V15 Pro which is a bit of a letdown, but it combines the chipset with a whopping 8 GB of RAM and 128 GB of native storage. The handset draws its power from a 4100 mAh battery which also comes with 18W fast-charging. It runs on Android Pie (9.0) atop FunTouch 9 OS.

Just moments ago, Vivo Pakistan has made it official on its social media pages that the new handset is going to be unveiled on 10th of October in Pakistan. The exact price has not been revealed yet but it is expected that the 8GB/128GB variant of the handset will retail around 69,999/- Pakistani rupees.