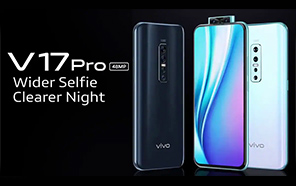 Vivo is all set for the global launch of its V17 series later this month, but unfortunately, it'll take quite some time as it reaches Pakistan. Recently, the rumors were making rounds on the web that Vivo V17 Pro might blaze the trail for the next generation of smartphones with its six cameras and now we have some official renders and specs to confirm that. 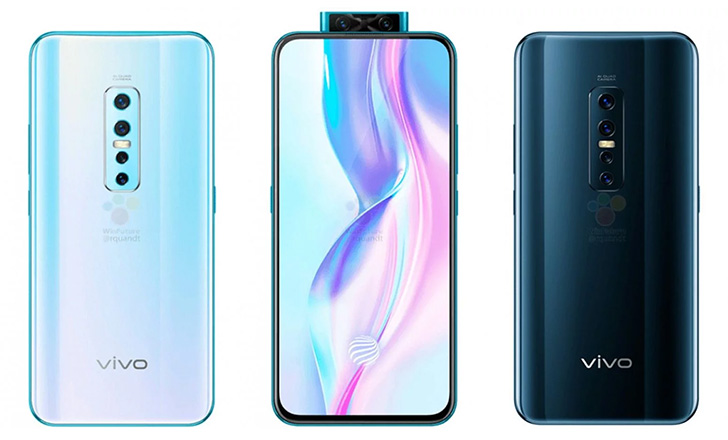 The leaked key specs and images were spotted at a credible german website called WinFuture where the renders clearly show that the V17 Pro will be sporting a dual pop-up selfie camera – the first of its kind with 32MP wide + 2MP depth sensor. The design remains similar to this year’s Vivo V15 Pro, with a 6.44-inch Super AMOLED bezel-less display free of a notch or a punch-hole, an in-display fingerprint reader. 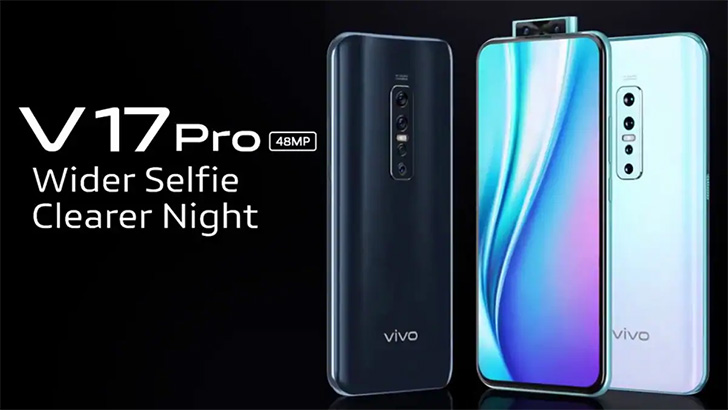 As far as the back is concerned, the V17 Pro comes equipped with four rear cameras instead of three where the primary one would be a 48MP shooter. Rest of the setup includes an ultra-wide-angle lens, a 2-megapixel macro, and another 2MP depth sensor. The quad-camera setup is arranged vertically with an LED flash sandwiched in the middle. Earlier rumors also suggest much-enhanced zooming features than ever before. 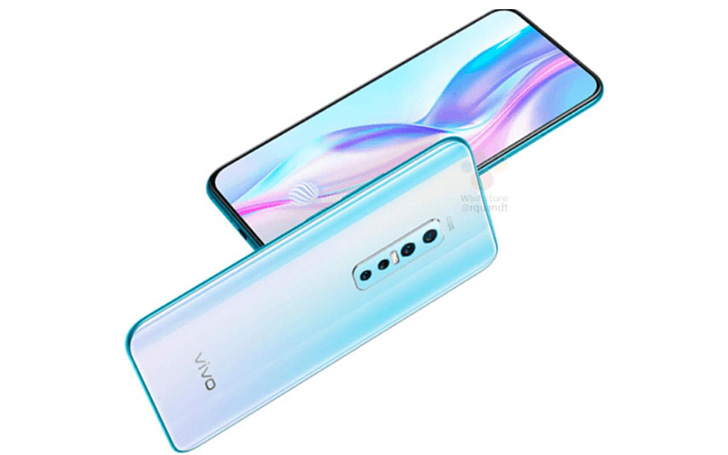 In the same vein, there are no official details yet regarding the price of the handset, but the leaked images confirm that the phone will be available in two different colors: a glossy dark navy, and a light bluish-white. Note that the official names for these colors are still being kept under wraps.

At the time of this writing, no official date for the release has been announced, but credible sources submit that V17 Pro will be unveiled sometime during September in India. The phone will also make it to Pakistan but the local sources confirm that Vivo mobile has no plans on launching it any time sooner in the country. It’s rumored to be priced south of 27,999 INR which comes to almost 63,000 PKR.