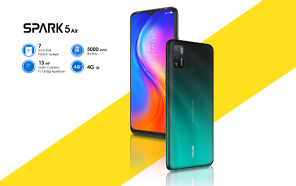 Tecno introduced the budget-minded Tecno Spark 5 in Ghana yesterday which is also launching in Pakistan soon at an affordable Tecno price. The entry-level handset has now been joined by the ‘Tecno Spark 5 Air’ Edition, which is essentially a tablet-like blown-up version of the former – more on that in a few. 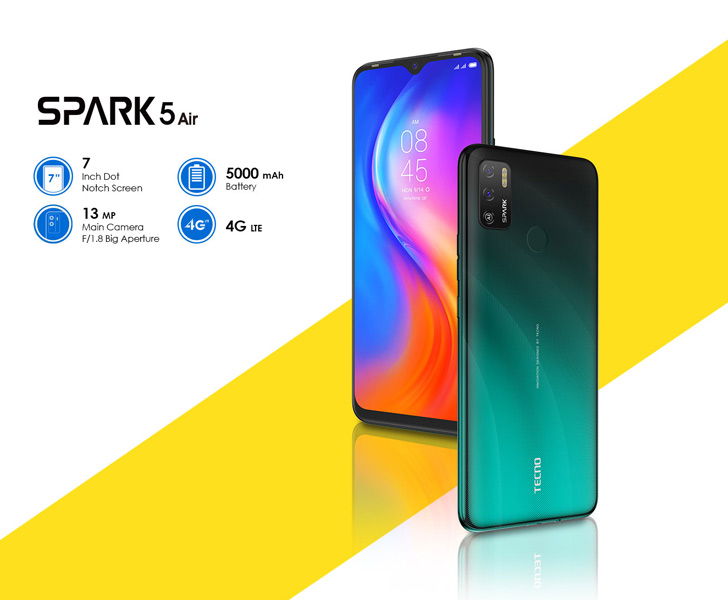 The first significant difference that catches your eye is Tecno Spark 5 Air’s notch, as opposed to the punched display the standard Spark 5 features. The notch is sandwiched between two LED flash modules (which again isn’t just uncharacteristic, but also speaks to the poor expected performance of the front camera). 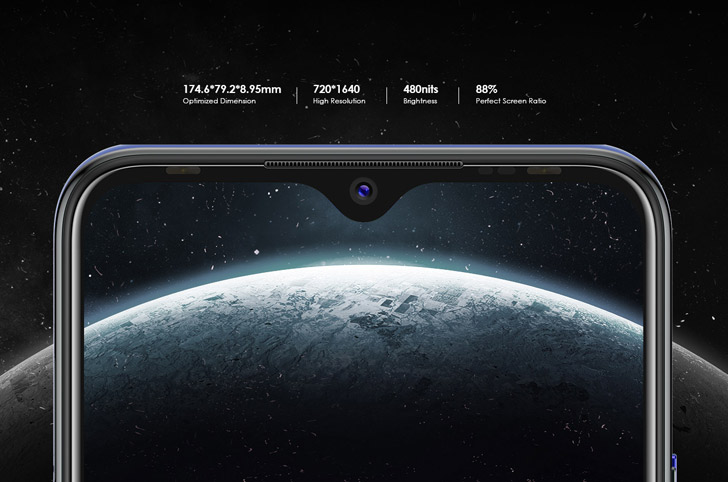 The notch extends into the phone’s giant 7-inch LCD screen that produces a 720x1640 resolution. It’s still HD+, but spread over a much larger panel, undoubtedly at the cost of the viewing experience. The screen-to-body ratio has also shrunken from 90.2% to an underwhelming 88%.

Go around the back to find a dual camera, embedded in a rectangular module, and flanked by a capacitive fingerprint reader. Owing to the awkward form factor, it isn’t clear how easy-to-reach and ergonomic this small scanner is. You can pick from Misty Grey, Vacation Blue, Spark Orange, and Ice Jadeite shades. 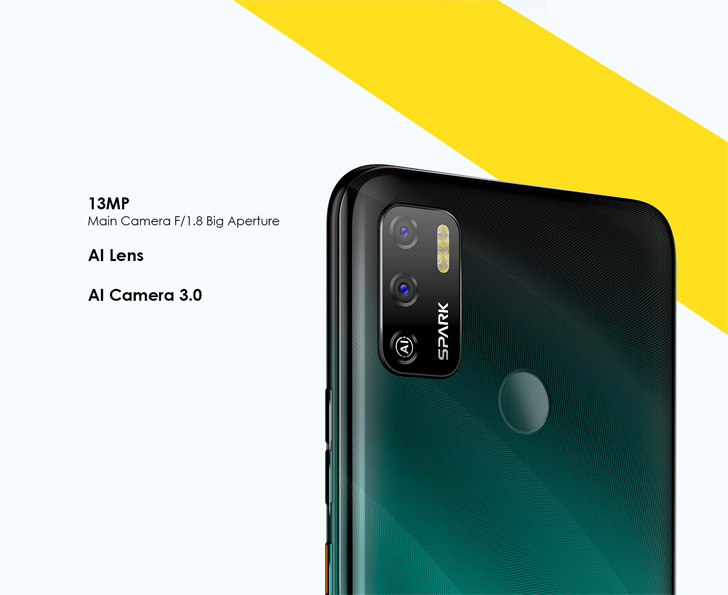 At a glance, you could mistake the dual-camera on the back for a triple-camera setup because of a plastic bump that reads ‘AI.’ Though calling the rear-camera ‘dual’ is a bit of a stretch since the secondary lens is essentially an AI sensor that feeds into the phone’s AI algorithm. The primary shooter, however, has a 13MP sensor with an f/1.8 aperture. And you get an 8MP front camera inside the notch.

An unnamed chipset, featuring an almost toothless quad-core CPU with 2GB of RAM and 32GB of native storage handles the number crunching. Even on paper, the specifications aren’t cut out to run the full-blown Android 10, which is why Tecno ships the Tecno Spark 5 Air with Android 10 Go, customized with the HiOS 6.0. 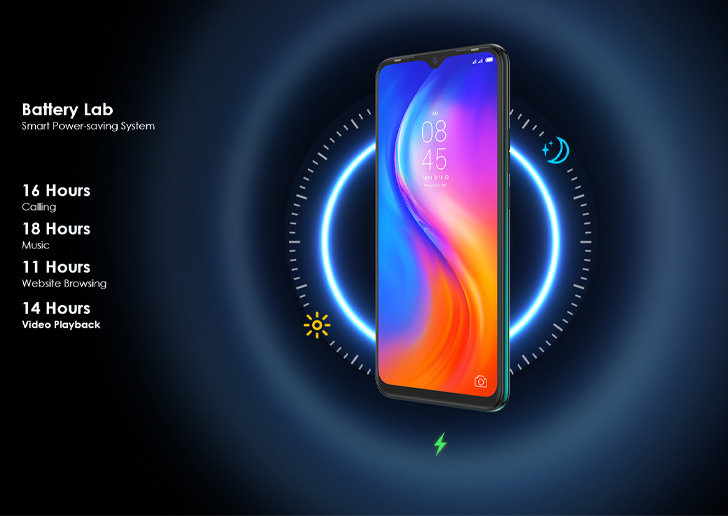 To power, the internals, the Tecno Spark 5 Air uses a 5,000 mAh battery that lacks any support for fast charging, so it might take a while to charge it to full capacity.

The company has yet to share Tecno Prices for the ‘Air’ edition or the launch details for markets outside Ghana such as Pakistan.