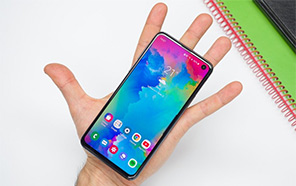 As Whatmobile reported earlier this month, Samsung hasn’t closed out its Galaxy S10 lineup for 2019 just yet. The Korean tech giant is readying to take the wraps off its newest addition to the S10 family – the Samsung Galaxy S10 Lite. And this upcoming variant seems to be nearing its release since a test run for it has just been spotted on Geekbench listings. 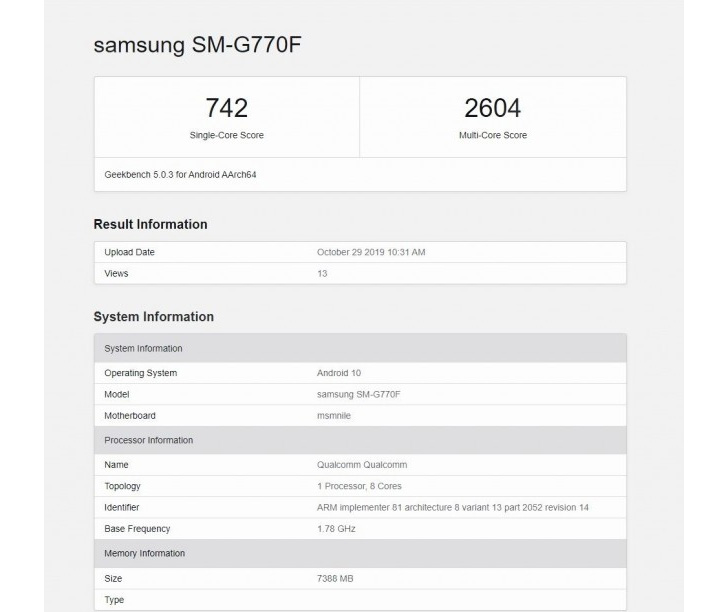 From the looks of it, Samsung S10 Lite aims to be more pocket-friendly but inevitably cuts back on some of the specs. Speaking of which, the design (and the early renders, by the same token) are still being kept under the wraps, but the raw spec sheet has surfaced online. The Galaxy S10 Lite, dubbed SM-G770F, will be powered by a Snapdragon 855 SoC, rounded off by a respectable 8 GB of RAM. Interestingly enough, this supposedly ‘Lite’ model managed to secure a higher score than the base variant of Galaxy S10. It comes out on top with 724 and 2604 points, respectively, for the single-core and multi-core tests.

The listing also reveals the optics details for this ‘watered-down’ flagship. The three-lens setup will bring a rear-mounted 48-megapixel primary shooter, combined with a 32-megapixel front-facing selfie cam. This hardware will draw power from a generous 4,500 mAh battery with support for up to 45W fast-charging. Additionally, the phone is expected to run Android 10 out of the box with an affordable Samsung price. 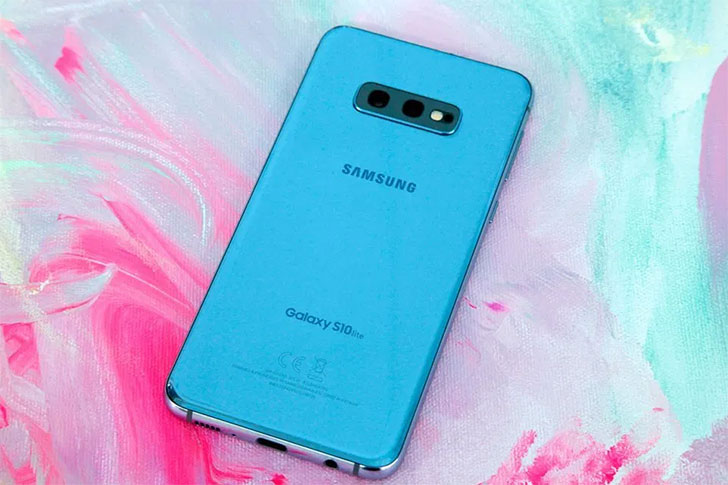 A related leak tips the Galaxy S10 Lite to debut with three different color options, namely, Prism White, Blue, and Black. There’s no word on the display, save for a rumor that claims you’ll be looking at a 6.7-inch Super AMOLED screen which produces an FHD+ resolution.

Note that this isn’t the first time we’re hearing about this purported ‘Lite’ variant for Galaxy S10. Back in January, before the S10 lineup was even introduced, a mystery phone bearing an identical model number was sighted on Geekbench. Evidently, Samsung didn’t release it alongside S10, S10 Plus, and S10e, but months later, Samsung is finally going to introduce this long-awaited offering.