Another leak surrounding the Galaxy Note 20 series has popped up on the web – this time on Geekbench’s database. The leak details the Galaxy Note 20+ edition, revealing its internal specifications and benchmarking scores. 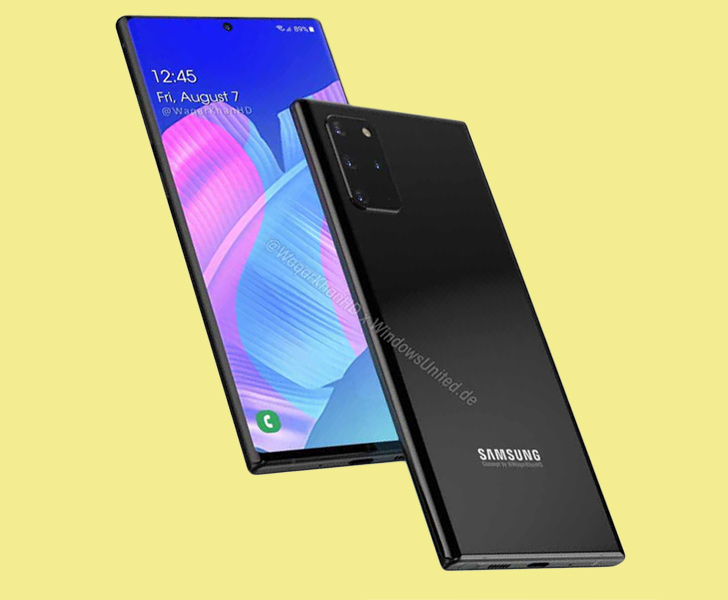 The Samsung Note 20 Plus allegedly carries the model number SM-N986U, and the codename ‘kona’ for its current-gen Snapdragon 865+ chipset. Judging by the model number, the Note 20+ in question is the US variant (given that the Note 10+ intended for the US market had the model number SM-N976U). Baked into it, is a processor clocked at 3.09 GHz, which points to the ‘plus’ variant of the platform mentioned above since the standard SD865 operates at 2.84 GHz.

The famous phone leaker claims exactly this, based on the higher core frequency. At any rate, the processor on this Samsung latest model has secured 985 points on the single-core test, and a whopping 3,220 points on the multi-threading test. 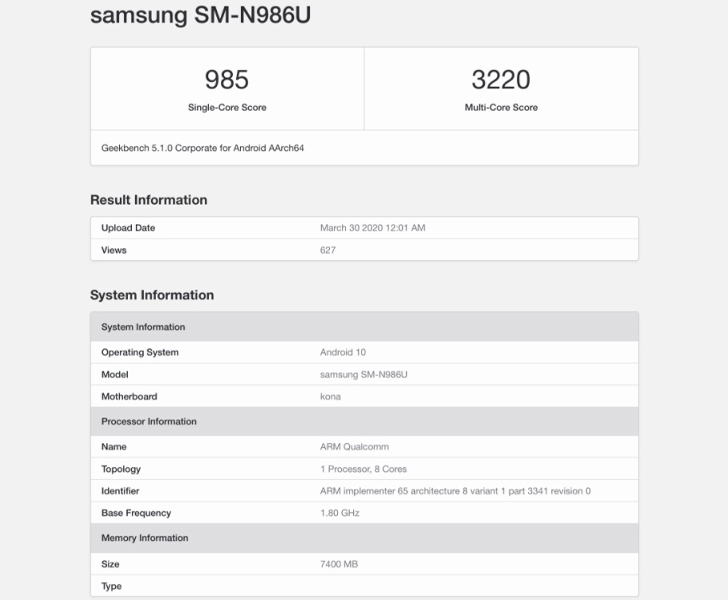 The variant listed in the leak features up to 8GB of RAM, but judging by the previous Samsung phones, the memory could go up to 12GB. Credible speculation has it that the base variant will have 128GB of storage onboard. And of course, it’ll support 5G connectivity.

Similar sources suggest that the Note 20+ will debut with a next-gen OLED screen, improved memory, and snappier storage, in comparison to the still-recent Galaxy S20 lineup. Another upgrade worth mentioning is the brand new and superior in-display fingerprint scanner, called 3D Sonic Max – a much-needed upgrade over the malfunctioning scanner that the Note 10 debuted with.