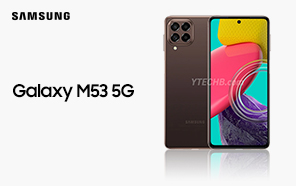 The Galaxy M line offers some of Samsung’s most value-heavy phones. New releases from this series have been slow in recent seasons. But the Korean manufacturer is picking up the pace now. Last month, apart from the Samsung Galaxy A33 & A53, the Korean phone-maker (unceremoniously) introduced two new Galaxy M phones — the M23 and M33. And it will soon follow up on this duo with the Galaxy M53. 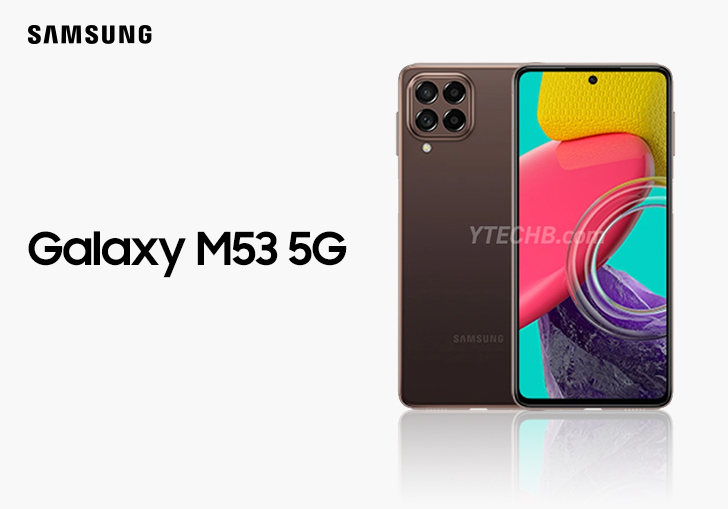 The official word isn’t out yet, but the rumor mill leaked the press images featuring the Samsung Galaxy M53 5G. The Galaxy A and M series had some considerable overlap in design and specifications in the past. But based on the latest releases, Samsung seems to have given the M series its own aesthetic language and color palette to differentiate it from the Galaxy A lineup better.

For instance, instead of a camera rectangle that seamlessly blends into its Galaxy A cousin, the M53 5G has a four-matrix layout and a squared housing. The even, soft matte finish is replaced with a single-tone gradient. It will be offered in dirt brown, navy blue, and mint shades. 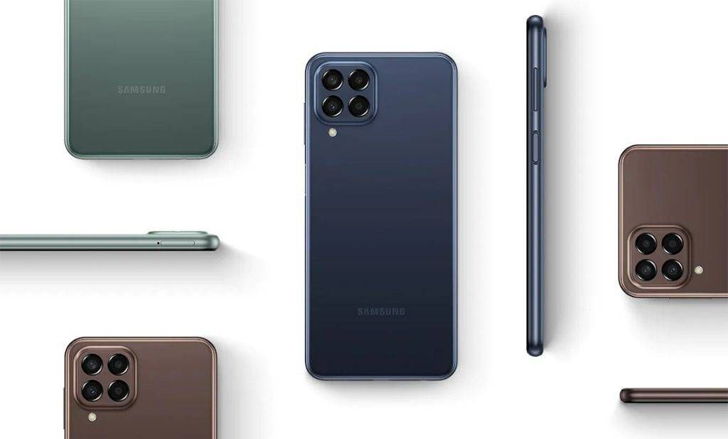 But perhaps the most striking difference is the chipset powering Samsung's latest model. As opposed to Samsung’s homegrown Exynos silicon, the Galaxy M32 uses the MediaTek Dimensity 900. Note that Samsung is overhauling the M-series with 5G this year, so we may not see a 4G variant of this phone.

The screen, battery, and OS are more or less shared between the Galaxy M and Galaxy A models. We’re looking at a 6.7” 1080P + 120Hz SuperAMOLED screen, 5000 mAh battery + 25W charging, and the latest Android 12 x One UI. Lastly, the camera system is a cluster of 108MP wide, 8MP ultra-wide, and two 2MP macro and portrait shooters. We find a 32MP front camera embedded inside the punch-hole in the display.