Unlike the Samsung Galaxy A52 from the A-series, the Galaxy F-series is one of the brand’s lesser-known budget lineups. It has only featured rebranded Galaxy A-series phones until now, but that changes with the Galaxy F52 5G. This upcoming model is the first original Galaxy F. It was recently certified in China and seen in hands-on photos. 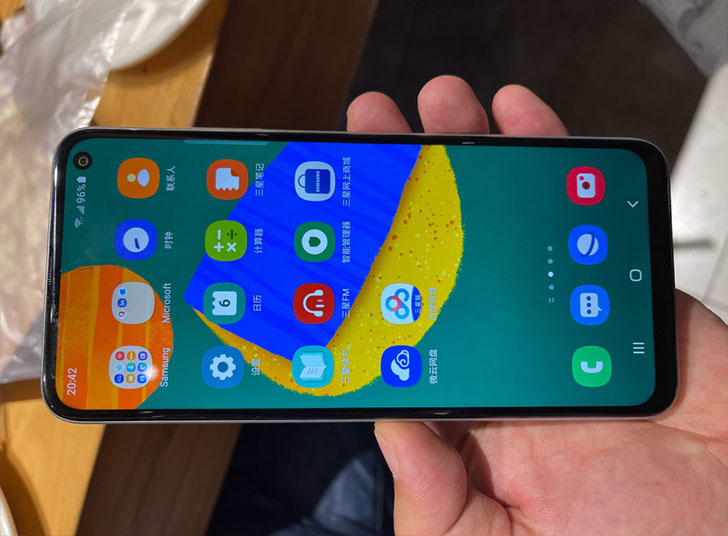 Samsung Galaxy F52 5G can be found listed under its model name ‘SM-E5260’ on the TENNA database. The product listing shows that the F52 has a standard IPS LCD. It’s a 6.57” panel that delivers a full HD resolution. The build is 8.7mm thick and comes in Navy Blue, Gray, and White shades.

At its heart, the Galaxy F52 features the Qualcomm Snapdragon 750G. It’s a 5G chip with a CPU clocked at 2.4GHz. You get 8GB of memory for seamless multitasking and 128GB of expandable storage. It’s all backed by a 4350 mAh battery capable of fast charging at 25W. Naturally, the Android11-based OneUI powers the F52. 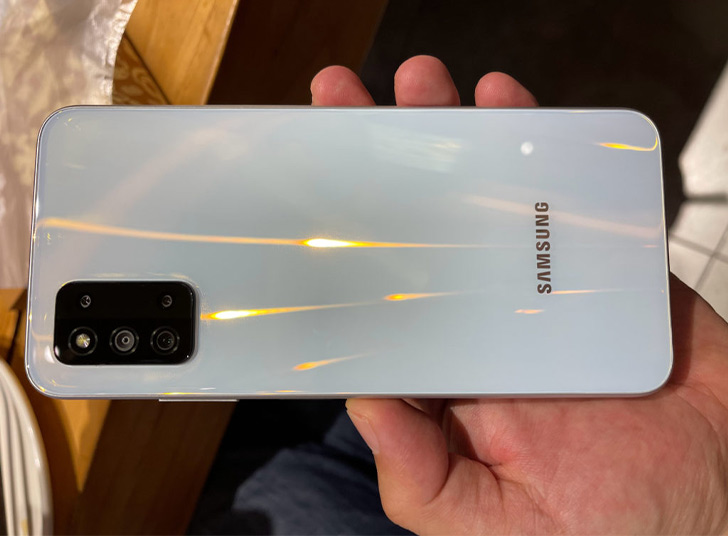 The photos mentioned earlier were published on the Chinese microblogging website Weibo. As seen in that leak, the Samsung New Model 2021 has a hole punch in its display and an even bezel around it.

Turn it over to find a flat back with a glossy finish and a black camera plate. There’s a 3.5mm audio jack, USB-C port, and a single firing speaker grille built into the bottom. Galaxy F52 5G has a 64MP main camera (presumably arranged alongside an ultra-wide and a set of low-resolution sensors) and a 16MP selfie lens. We don’t have the official release timeline yet, but the source puts its expected price at 1,999 Yuan (~ Rs. 47,000.)