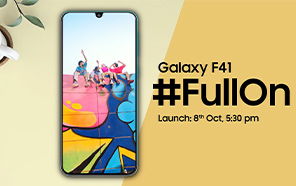 Samsung's new F-series and its debut model, the Galaxy F41, unveils on October 8. We'll have to wait and see if the phone gets to be a part of the Samsung price list in Pakistan but the global promotional campaign for the phone is full-on. Galaxy F41 has already revealed a few core features of the phone, not to mention the marketing renders for the upcoming F41. Here’s what we know so far. 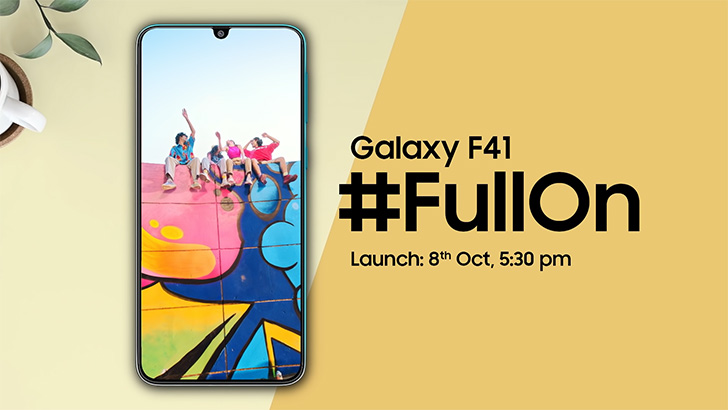 From the mockup previews that the Korean tech giant has already published, the Samsung Galaxy F41 shares much of its design language with the Galaxy M-series. You’re looking at the same rounded corners, paper-thin bezels, and the U-style notch. It’s a 6.4” SuperAMOLED FHD+ screen.

The camera island is oversized and squircle, inspired by the new Note 20 design. Next to the camera, Samsung has mounted a standard fingerprint scanner. The back of the F41 is plastic, has a satin finish, and is painted in a sea-green color. Blue and black colorways are in the cards too. 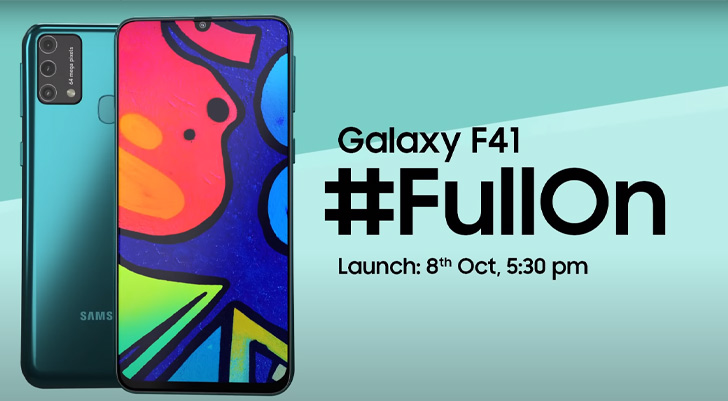 The Galaxy F41 has a triple-camera setup featuring a 64MP main camera, an 8MP ultra-wide-angle lens, and an unknown 5MP sensor (presumably for either macro shots or depth mapping). The selfie camera is 32MP. Another highlight would be the 6000 mAh battery that supports 15W fast charging — following the ongoing industry trend of ever-growing battery sizes. 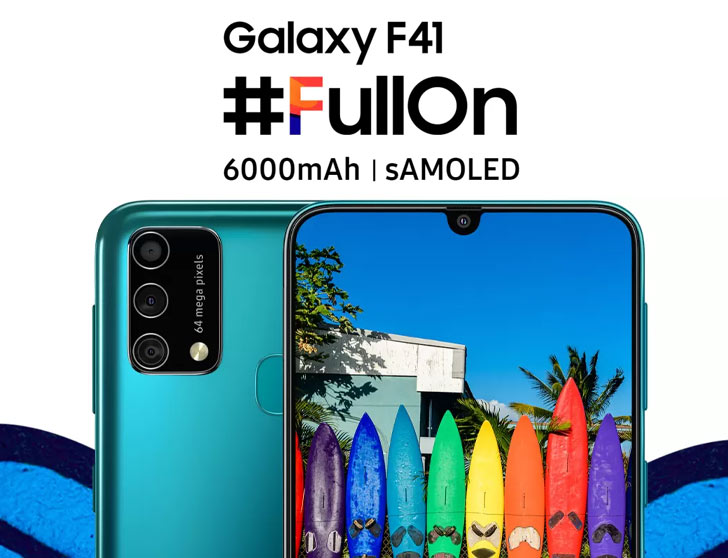 Samsung’s last-gen Exynos 9611 powers the F41, combined with 6GB of memory for multitasking and 64GB/128GB of user-expandable storage. It’ll boot to the Android10-based OneUI 2.1.

The Samsung Galaxy F41 is all set to launch in India shortly and might arrive in Pakistan next, going by Samsung’s typical release calendar. We expect it to start from Rs. 37,999.