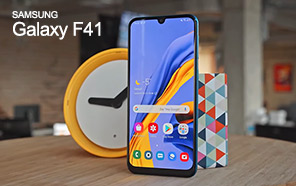 Samsung's current smartphone portfolio is home to their top-of-the-line, no-comprises Galaxy Note 20 and Galaxy S20 series, in addition to the exorbitant foldable Z-lineup. This leaves the mid-tier to entry-level devices in the Galaxy A and M family — which is reportedly being splintered into a new camera-first F series. It’s debuting entry, titled ‘Samsung Galaxy F41’ is slated for launch soon. 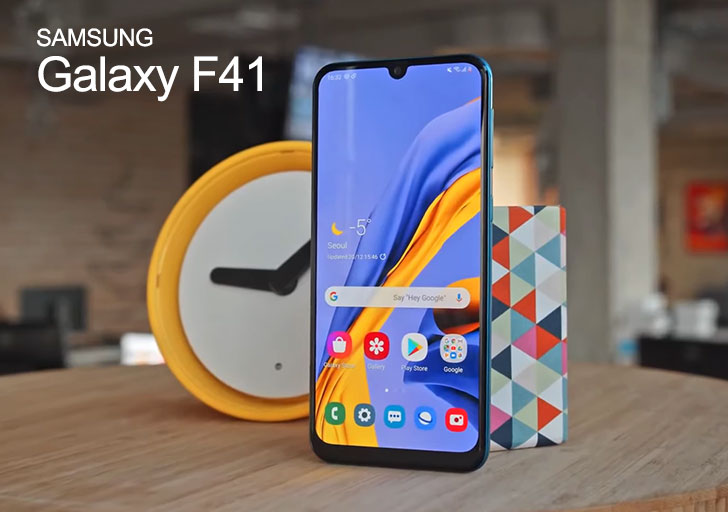 The Korean giant has yet to announce the mid-ranger, but we have the beginnings of what to expect thanks to a string of recent leaks. The Samsung Galaxy F41 has been benchmarked and featured in an instruction manual, detailing its schematics.

Following all the instruction manual and benchmark leaks, F41 now appeared on Google Play Console — further corroborating the hardware specifications the respective Geekbench listing gave us. It has a Samsung-made Exynos 9611 chipset at its heart with 6GB of memory. 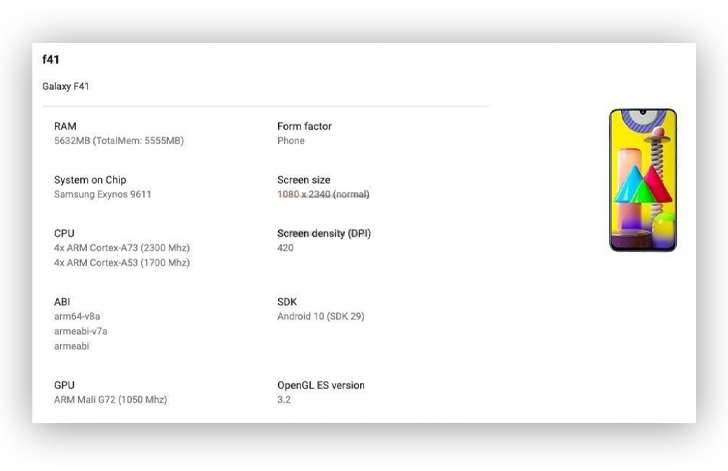 Also attached with the certification is a front preview of the Samsung Galaxy F41, revealing an incredibly light bezel profile and a drop-notch dripping into the screen — a design choice seemingly less intrusive than the hole punch ‘Infinity-O’ layout. Presumably an AMOLED panel, the screen reaches an FHD+ resolution and what we expect to be a high screen-to-body ratio. 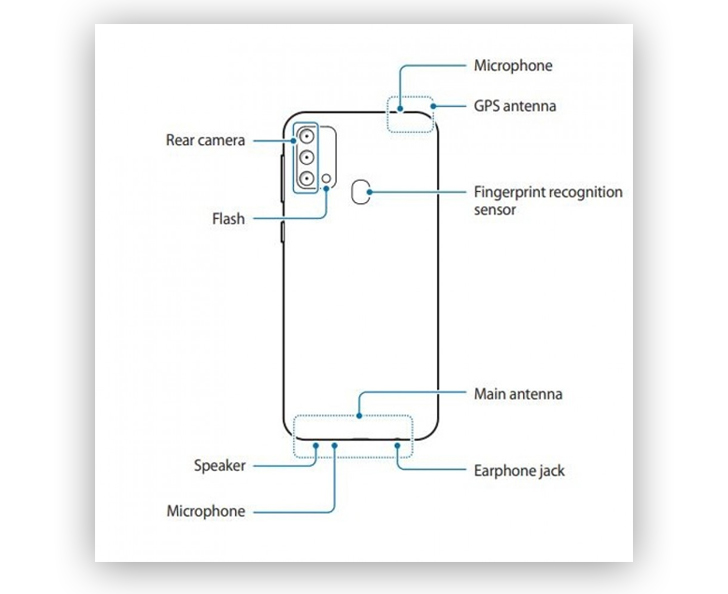 The Google Play Console doesn’t showcase Galaxy F41, but based on the schematics touched on above, the back has a standard fingerprint scanner and a vertically stacked triple-camera (housed inside a boxy camera plate).

The primary of these three is a 64MP sensor, rounded off by an ultra-wide-angle lens and supposedly either a macro or a portrait lens. Samsung Galaxy F41 is speculated to launch next month for a starting price of Rs. 36,999.