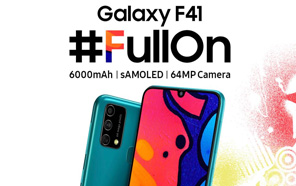 The Korean tech giant introduced the new Galaxy F series and its debut model, the Samsung Galaxy F41, on schedule yesterday. The new model borrows most of its design elements and its gigantic 6000 mAh battery from the Galaxy M series, and it’s no coincidence. As previously suspected, the Galaxy F41 is essentially a renamed Galaxy M31.

We’ll start with the only stark difference between the two models: their cameras. The Galaxy F41 lacks the dedicated 5MP macro sensor that the Samsung Galaxy M31 has, leaving it with an otherwise unchanged triple-camera setup. You get the same 64MP main camera, the 8MP 123° ultra-wide-angle camera, and the 5MP sensor for depth mapping.

The selfie camera is 32MP — again, no surprises there. Samsung’s usual image processing software powers the Galaxy F41, featuring Single Take, Live Focus, Smart Beauty, and more. The array is housed inside an identical boxy camera plate, next to a capacitive fingerprint scanner.

The Samsung Galaxy F41 comes in the original black and deep blue colors inherited from the Galaxy M31, but adds a third ‘Fusion Green’ option to the palette. The back presents a halftone gradient style look, rounded off by Samsung’s holographic finish. The F41 is a cheaper option in the Samsung price list if compared to the M31. 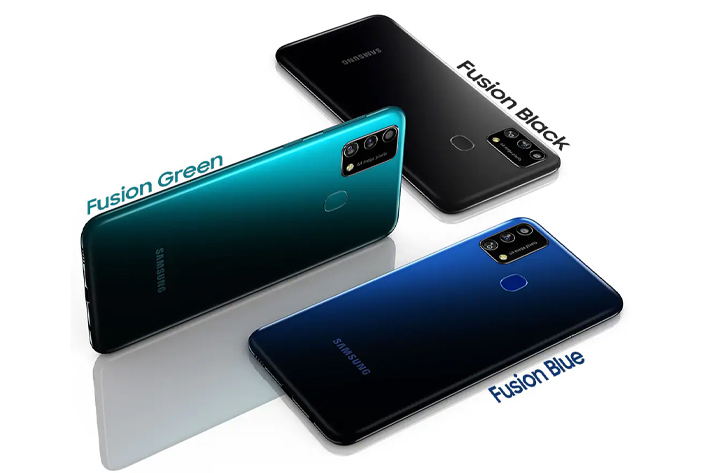 On the front, the SuperAMOLED screen stretches 6.4” across, delivering an FHD+ resolution. Samsung F41 has featherweight bezels all around (in typical Galaxy M-series fashion) with rounded corners and a U-shaped notch carved on top. 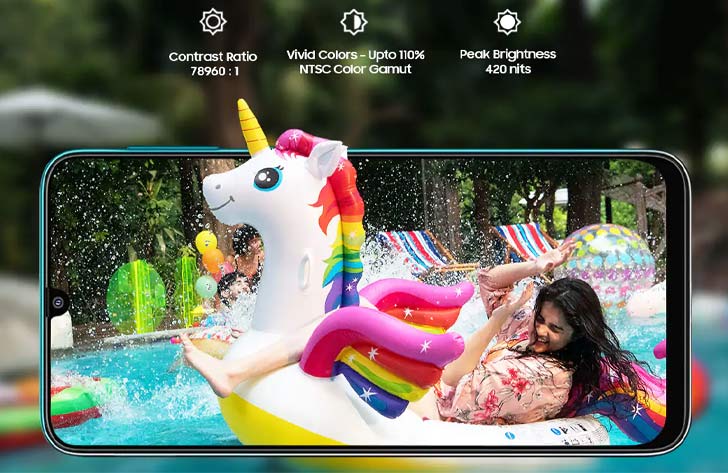 The Samsung Galaxy F41 has a high-capacity 6000 mAh battery with support for 15W fast charging — although the 15W is far from the industry standard. It tops up your phone from 0-100% in 160 minutes. And out of a single charge, you can get up to 21 hours of browsing or 26 hours of video playback. At its heart, the Galaxy F41 has the Exynos 9611 chipset powering the phone. It’s paired with 6GB of memory and 128GB/64GB of user-expandable storage. The Android10-based OneUI rounds off this mid-range setup.

We don't know yet if the F41 will ever make it to Pakistan but the Galaxy M31 is already available nationwide, starting from Rs. 47,999. And while the new F41 is a simple rebadged version, it starts from PKR. 39,999 in our neighboring market.