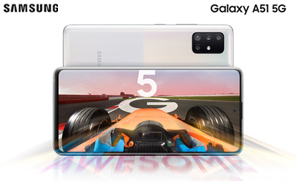 Samsung Galaxy A51 5G Arrives on May 7, Reveals an Official Press Release

Samsung confirmed in a press release earlier this month, the pricing details Galaxy A51 5G (among other next-gen A-series models), but it didn't share a release schedule then. In another press release yesterday, the company announced that the Samsung Galaxy A51 5G variant would debut in the Korean market first on May 7, 2020. 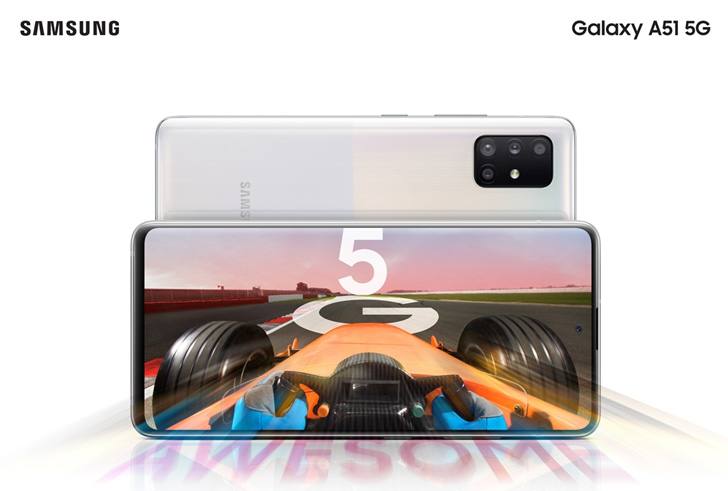 Note that the Samsung Galaxy A51 5G is a sequel to last year's Samsung Galaxy A51, and it's also the first A-series phone to support 5G connectivity. The press release, in addition to giving us a preview of the phone in the press renders, also lists the specifications for the upcoming 5G mid-ranger. 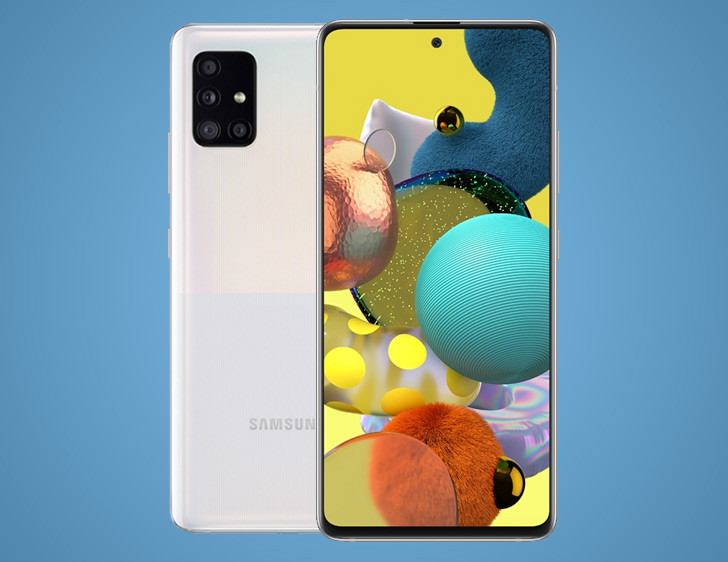 Samsung new model design is familiar since it's carried over wholly from the Galaxy A51. You get an Infinity-O display that curves around the edges ever-so-slightly and is surrounded by minimal bezels. The rear-facing panel has a 'hatching' pattern available in Prism Crush White, Prism Crush Black, and Prism Crush Pink colors. In its corner, sits a rectangular camera bump with a quad-camera inside.

The Super AMOLED front panel stretches 6.5 inches across, produces an FHD+ resolution, and houses an on-screen fingerprint scanner. The L-shaped camera layout has a 48MP main sensor, combined with a 123-degree 12MP wide-angle lens, and a pair of 5MP depth-assist and macro shooters. For capturing selfies, Samsung's latest model A51 5G features a 32MP front camera inside the punch-hole. 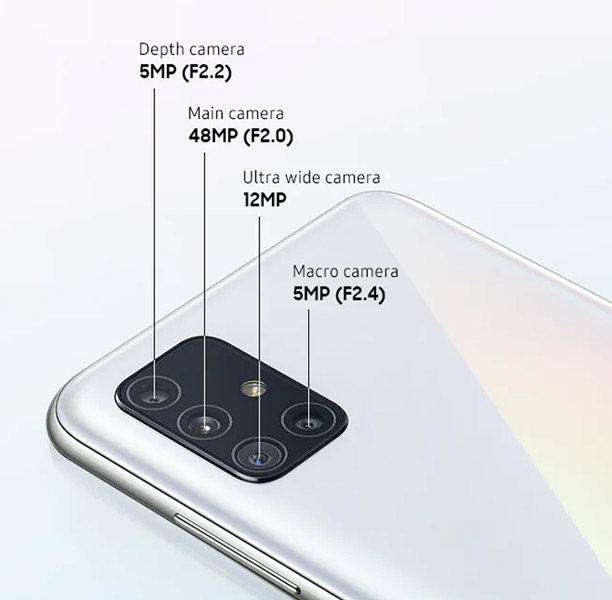 As opposed to the Exynos 9611 processor, the Samsung Galaxy A51 5G is powered by Exynos 980 5G. It's hooked up to a 4,500 mAh battery with support for 15W fast charging – a significant spec bump over the 4,000 mAh battery on the standard A51. Samsung opted for up to 6GB of RAM and 128GB of storage (expandable with a microSD card). The performance can be maximized with Samsung's Game Booster.