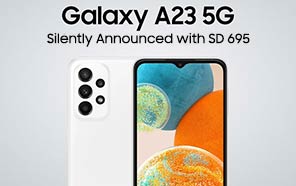 The 5G variant of the Samsung Galaxy A23 was recently certified by FCC, Bluetooth SIG, and Geekbench websites unwrapping most of its internals. Yesterday, the brand quietly announced the A23 5G by listing it on Samsung mobile press website. The listing reveals images and the official specs sheet. A budget device borrowing some higher-end specs that make it stand tall. 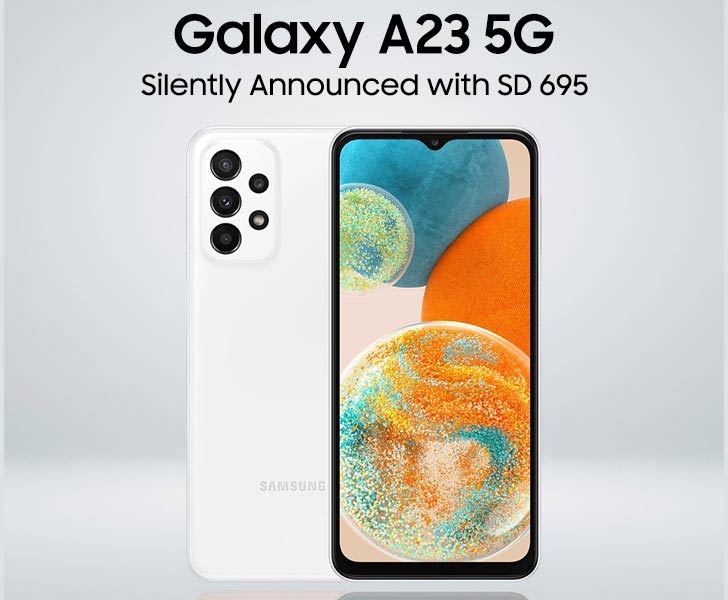 Looking at the renders, the Samsung Galaxy A23 5G looks and feels exactly like its high-end A-series siblings. The rear’s a polycarbonate casing with a camera hump that melts into the back. A combo of four lenses resides within this smooth camera bump.

The main highlight of the Galaxy A23 5G is a 50MP OIS-enabled primary shooter accompanied by a 5MP ultra-wide camera. Two 2MP lenses, one for macro photography and the other for portrait shots, also assist this camera layout. 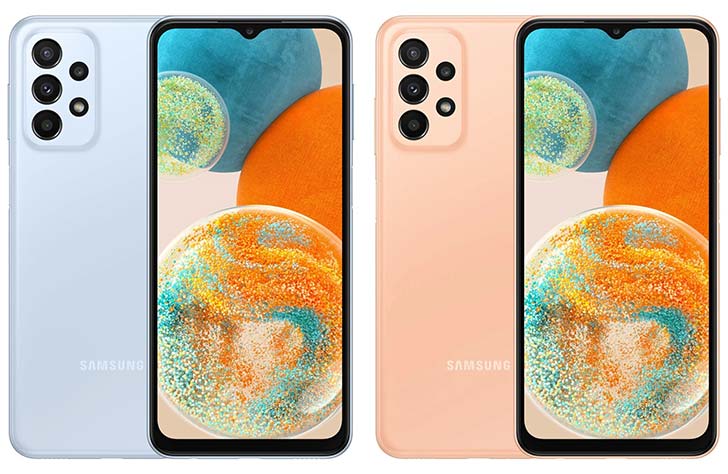 Coming to the front, a 6.6’’ Full HD+ panel greets the users, as expected, it's an IPS LCD. On top, there is an Infinity-V notch accommodating the 8MP selfie shooter. Under the hood, is a Snapdragon 695 SoC paired with Adreno 619 graphic unit. The A23 arrives in a combination of 4GB/6GB/8GB RAM and 64GB/128GB storage configurations.

As for the software, the Samsung Galaxy A23 5G will run OneUI 4.1 on top of Android 12. The all-new 5G handset supports Bluetooth 5.1 and mmWave connectivity in specific regions. The A23 5G is listed to be featuring a 5,000 mAh battery but no charging speed is officially listed. The FCC certification however revealed it to support a 25W Quick charge.

Though not yet officially revealed, the Samsung phone's price in Europe is said to be set at €300 and the handset will be available in Blue, White, Pink Gold, and Black finishes across the globe.