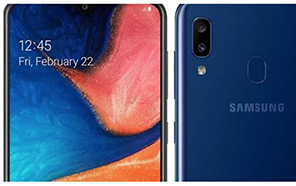 The Galaxy A20e has surfaced at the US regulatory agency FCC. The model comes with a fairly small display and has a quick Charging technology feature. Leaks were already making rounds showing the design to be quite similar to that of Samsung Galaxy A30 / A20. Now the latest news about passing the FCC certification has revealed some key specs. It seems like the Korean giant is just about to release the entry-level handset anytime soon.

The FCC Certification of Samsung A20e with model number SM-A202F/DS revealed a smaller screen size of just 5.84 inches, as compared to Samsung Galaxy A20's 6.4 inches. There is no detail yet about the supported resolution, however, it is expected to have an HD + screen with a screen ratio of 19:9. 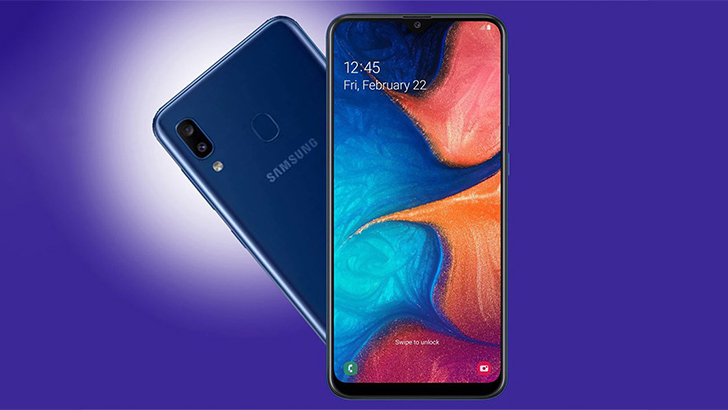 According to the FCC, the new variant's dimensions are mentioned as 147.4 x 69.7 mm which are even smaller than the Samsung Galaxy A10. The A20e comes equipped with an EB-BA202ABU battery but though earlier rumors do suggest a 3000 mAh battery, exact mAh capacity still remains a mystery. The Galaxy A20e is also said to be sold with an EPTA200 Charger that does support a 15W Fast Charging.

Samsung Galaxy A20E only supports Wi-Fi 802.11 b / g / n, which shows that the phone will run on an Exynos 7884 or 7870 chipset. In a previous leak, the renders revealed it to be coming with a water-drop style notch. The fingerprint sensor is placed at the back of the phone while the dual camera is vertically placed at the top left corner. That's all we have got for now, for more information and detailed specs we will have to wait till the A series launch event on 10th of April.