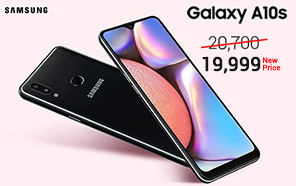 Yesterday, Samsung jacked up the prices of multiple handsets, owing to the ongoing depreciation of the Pakistani rupee against the USD. These phones include two budget models from the A-series: the Galaxy A20s and the Galaxy A01, the entire S20 lineup, as well as last year’s S10 Lite. On a different note, however, the Samsung Galaxy A10s is going for a discount. 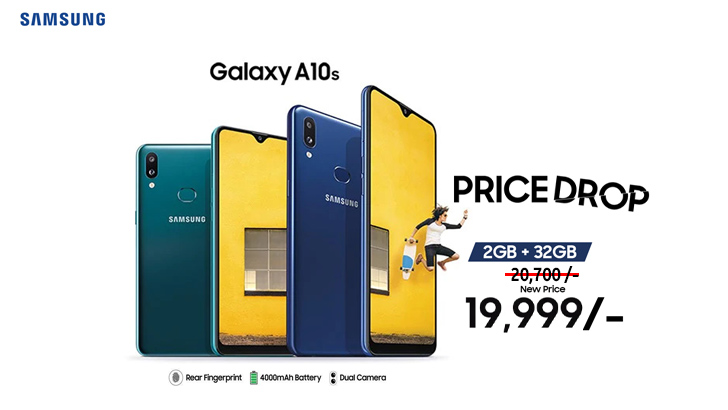 As per the market sources, the Galaxy A10s, which was originally retailing for Rs. 20,700 will now be available for only Rs. 19,999 — making for a Rs. 700 discount. Samsung introduced the A10s earlier in August last year, and this entry-level phone features a design that feels relevant, even a generation later. 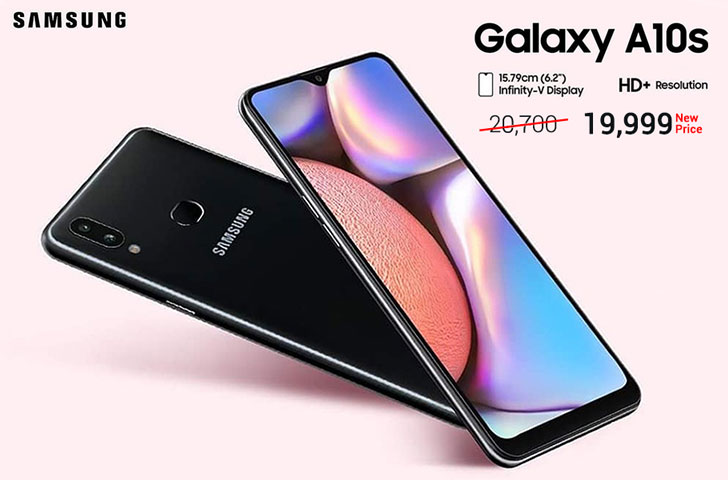 You get an HD+ screen, bezel-less on three sides on Samsung a10s with a notch carved into it. It stretches 6.5” diagonally, delivering a 19:9 aspect ratio. The build is light, not only on the bezels but also on dimensions, weighing in at 168g and measuring only 7.7mm.

Though it’s polycarbonate, the rear-shell has a glossy finish to it, available in black, blue, green, and red shades. A dual-camera with lives inside a minimalistic, compact housing at the top of Galaxy A10s, flanked by a side fingerprint scanner and Samsung’s branding. 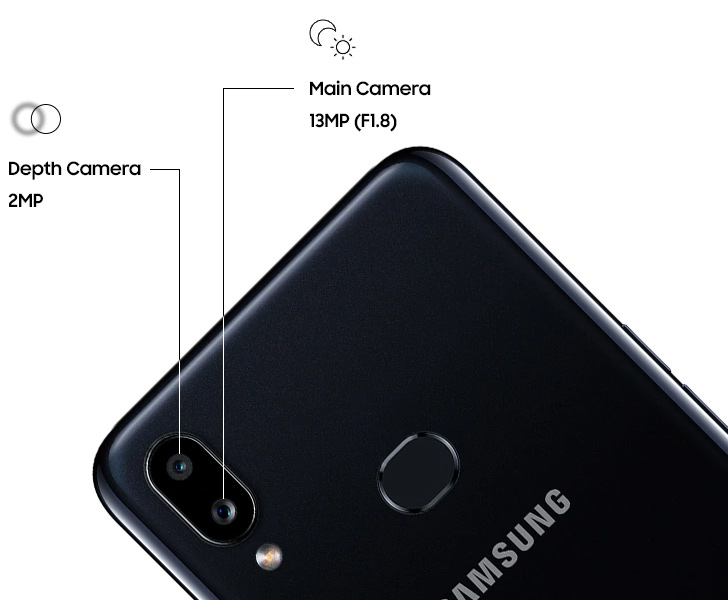 The dual camera uses a 13MP main camera, combined with a 2MP depth-assist lens, rounded off by an LED flash. The front camera, nestled inside the v-cut, features a more modest 8MP module at a modest Samsung price tag. 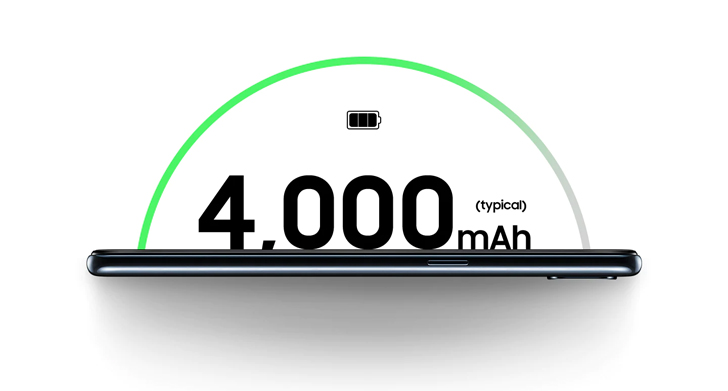 Underneath the hood, there’s your standard budget internals: MediaTek’s P22 chipset and its processor clocked at 2.0GHz, 2GB /3GB of RAM (the 2GB variant is eligible for this discount), 32GB ROM that expands up to 512GB with a microSD card. The setup is powered by a 4,000 mAh battery that charges over a previous-gen micro-USB port.

Samsung ships it with Android Pie onboard, but it’s upgradable to the Android10-powered OneUI 2.0.