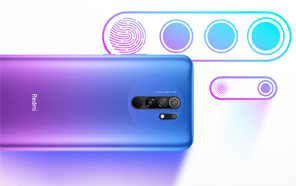 Xiaomi Redmi 9 is All Set to Arrive in Pakistan in a Few Days, Announces Xiaomi on Its Social Media

Xiaomi Pakistan has taken to its social media to announce that the Redmi 9 series is soon headed to Pakistan. There’s no definitive launch date available yet, but Xiaomi has already introduced the device to a handful of markets and at some very attractive Xiaomi price tags, so we know what to expect.

#RedmiSeries is making a return! We will reveal the details soon so make sure to follow us. #Redmi9 #QuadCameraBigDisplay pic.twitter.com/FqSE0MuKoe

The Redmi 9 aesthetic is perhaps the most eye-catching feature, so let’s start there. You’re looking at a trendy Xiaomi design, with an emphasis on symmetry. Three cameras and a rear-mounted fingerprint scanner are laid-out inside a pill-shaped housing (which rests in the center).

The upcoming handset will soon arrive with an impressive quad camera and a big display.

A second capsule-shaped cutout flanks it featuring a fourth camera and an LED flash module. The whole camera setup on Xiaomi Redmi 9, in turn, is bound by a round silhouette. The shell outside the circular accent has a subtle texture to it, to prevent it from becoming a smudge-magnet. 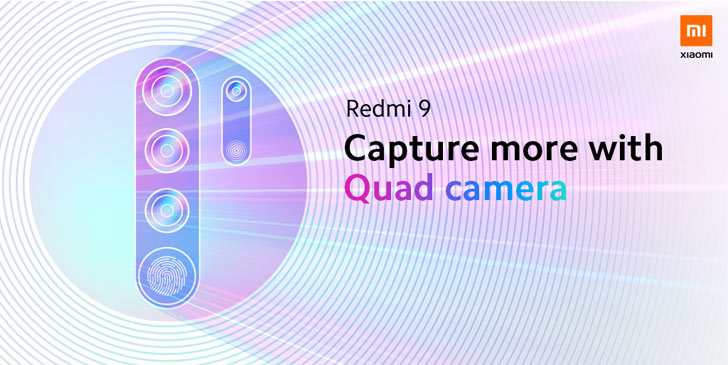 The new quad-camera by Xiaomi uses a 13MP primary camera on Redmi 9, an 8MP ultra-wide lens for 118° panorama shots, a 2MP depth sensor, and a 5MP macro cam. As is typical of the company’s budget models, the camera here isn’t half as robust as most entry-level picks from Xiaomi’s competition. The aperture is a tiny f/2.2, so low-light shots might leave something to be desired.

The 6.53” display has a dew-shaped notch carved into it. It delivers an FHD+ resolution, a 19.5:9 aspect ratio, and reaches 89.83% in screen-to-body ratio. To protect your eyes and yourRedmi 9 screen, Xiaomi has employed ‘Eye protection mode’ and Corning Gorilla Glass 3.

It runs on MediaTek’s current-gen Helio G80 processor, which promises an 82% bump in performance over the Redmi 8. The chipset is backed up by a massive 5,020 mAh battery, which you can power up with 18W fast charging. Available in 3GB + 32GB and 4GB + 64GB configurations, both editions support NFC, 3.5mm headphones, IR remote, and USB Type-C.

The Redmi 9 comes in Carbon Grey, Sunset Purple, and Ocean Green colors, and it could start from anywhere from 24,000 PKR to 29000 PKR.