Oppo is refreshing their newly-released Oppo Reno6 series under the Realme brand. The flagship-grade Oppo Reno6 Pro+ is the first to be tweaked and launched as the Realme X9 Pro. This Realme model was featured on a Chinese certification database, hinting at its upcoming launch. 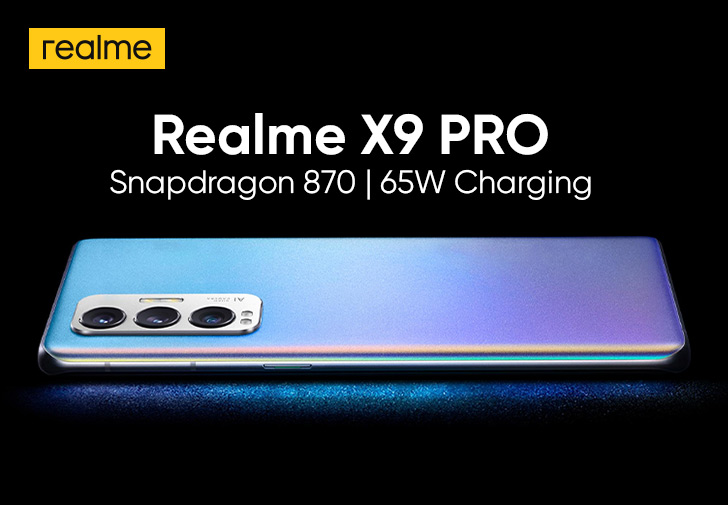 You can find the Realme X9 Pro listed on TENNA under the model number "RMX3366." The certification contains not only system specifications but also two product images. A leak out of China also gives us the expected pricing.

The Realme X9 Pro features a 6.5” SuperAMOLED screen manufactured by Samsung. It’s a 20:9 panel with a Full HD resolution and a 90Hz refresh rate. The display curves along the edges and uses E3 material for better efficiency.

The cameras are made by Sony. The front camera has the 32MP IMX616 sensor; the rear camera features the 50MP IMX766 sensor. It’s paired with two extra lenses — a 16MP ultra-wide camera and a 2MP B&W sensor. The telephoto camera and integrated OIS from the Reno6 Pro+ have been left out. 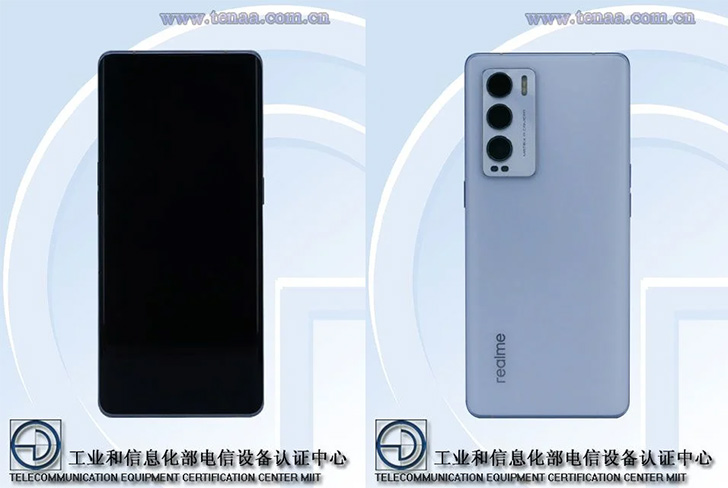 No word on the Realme mobile price yet but as far as the internals are concerned, Qualcomm’s Snapdragon 870 (an overclocked variant of the Snapdragon 865+), a 4500 mAh battery, and 65W SuperVOOC charging power the X9 Pro. Plus, 8GB of LPDDR5 memory and 128GB/256GB of internal storage round off this hardware.

In line with the new design language of the Reno6 series, the shell has a flat aluminum frame. It’s sandwiched between two panels of Gorilla Glass 5. Dual speakers, a high-end vibration motor, and NFC support are also part of the Realme X9 Pro build. Its base edition starts from 2,699 Yuan (~ Rs. 66,000.)