Realme will be taking the wraps off eight releases on May 26 at its upcoming virtual event, including the Realme X3 series Featuring a flagship Oppo price tag. The X3 flagship duo has been leaked extensively over the past few weeks, but the rumor mill didn’t produce any renders until now. 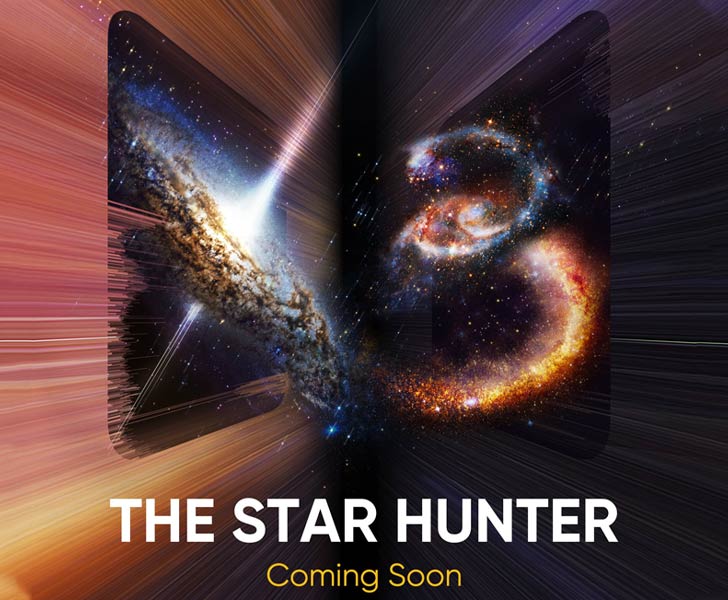 In a recent development, a source from Thailand published hands-on photos of the Realme X3 SuperZoom. The page was promptly taken down, but not before the phone leaker, Ishan Agarwal, tweeted the images and the details attached to them.

As seen in the photos, you’re not looking at a major design overhaul with this iteration. The staple Realme look, that is, an iridescent, sleek rear-facing panel and the multiple camera system in a vertical layout, is apparent in the Realme X3 SuperZoom. The build is glass all around and has a side-mounted thumbprint reader. 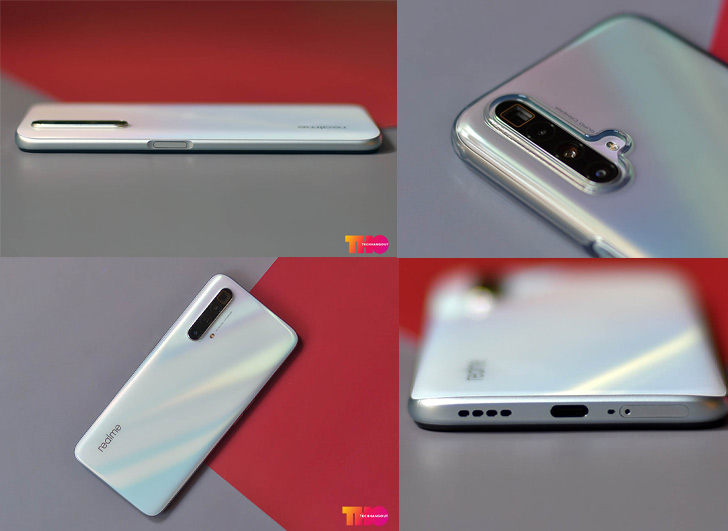 You’ll find a pill-shaped cutout in the top-left corner of the display, that houses the phone’s 32MP selfie shooter. The screen it’s punched into measures 6.6” and delivers an FHD+ resolution at a stunning 120Hz refresh rate. The bezels skirting the front panel have a slim profile – as you’d expect from a modern 2020 flagship. 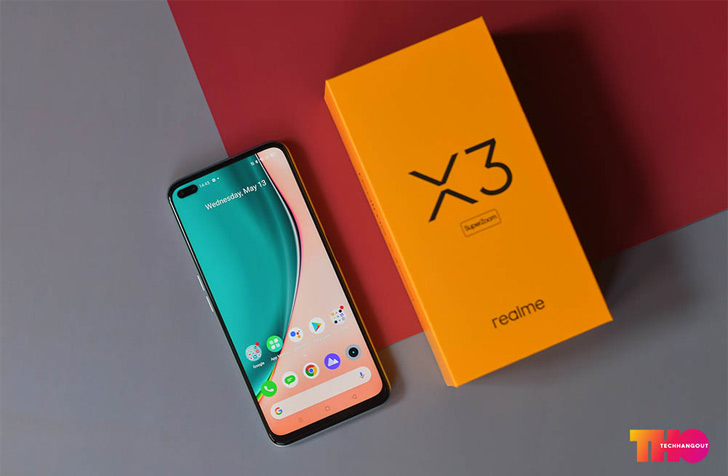 Now for the feature that Realme wants you to focus on: the Realme X3 SuperZoom’s robust camera quad-camera. The primary shooter is a Samsung-made GW1 f/1.8 aperture that has a 64MP sensor behind it. It’s coupled with an OIS-supporting 8MP periscope module that allows for up to 5x lossless optical zoom and up to 60x digital zoom. Also part of the ensemble is an 8MP ultra-wide-angle camera and a 2MP macro lens. 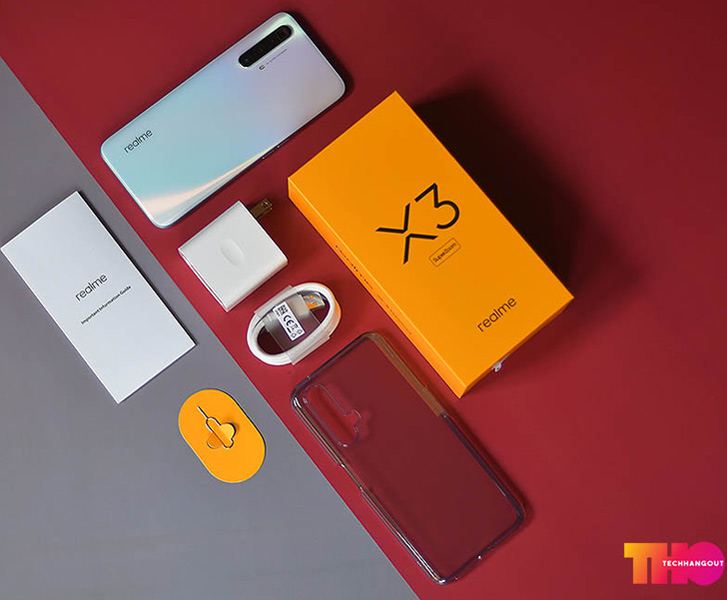 The processing is handled by a Snapdragon 855+ chip (as per the information already publicly available). Realme has combined with the processor, 12 GB of RAM and 256GB of non-expandable storage. Its 4,200 mAh battery supports 30W Dart Charge over a USB Type-C port. In addition to the microSD card support, Realme has also lopped off the 3.5mm headphone jack.

As far as the official Oppo prices are concerned, the details won’t be revealed until May 26, apart from that, the phone will be available in Arctic White and Glacier Blue shades.