Following a series of leaks and teasers, the Realme X3 SuperZoom was unveiled at a launch event in Europe yesterday, where it’s available for pre-order now with a flagship realme price tag. As is traditional of Realme’s X-series, the X3 SuperZoom shines as the latest flagship in Realme’s portfolio with its performance and photography-driven build. 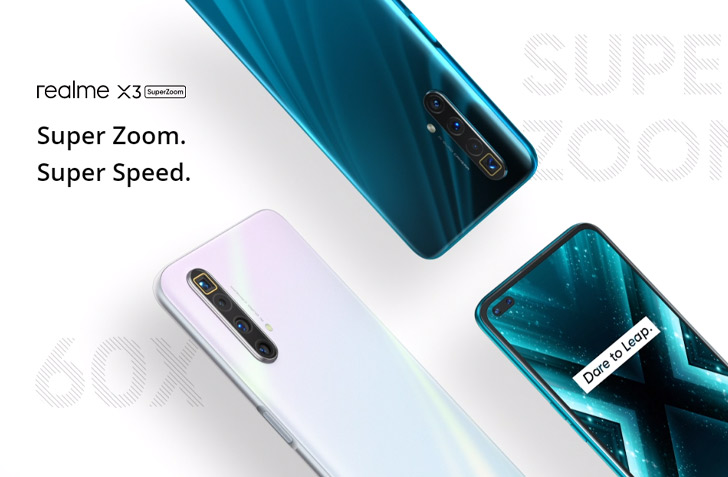 Let’s first cover the feature that Realme wants you to focus on: the camera. The Realme X3 SuperZoom integrates four different lenses in its quad-camera setup.

The primary camera of X3 has a 64MP main sensor behind it, which Realme has combined with an 8MP ultra-wide 119-degree lens, a 2MP macro sensor, and an innovative 8MP periscope module that can deliver up to 5x optical zoom and up to 60x digital zoom. The periscope zoom lens supports OIS and lets you take sharp, clear shots even from a distance. 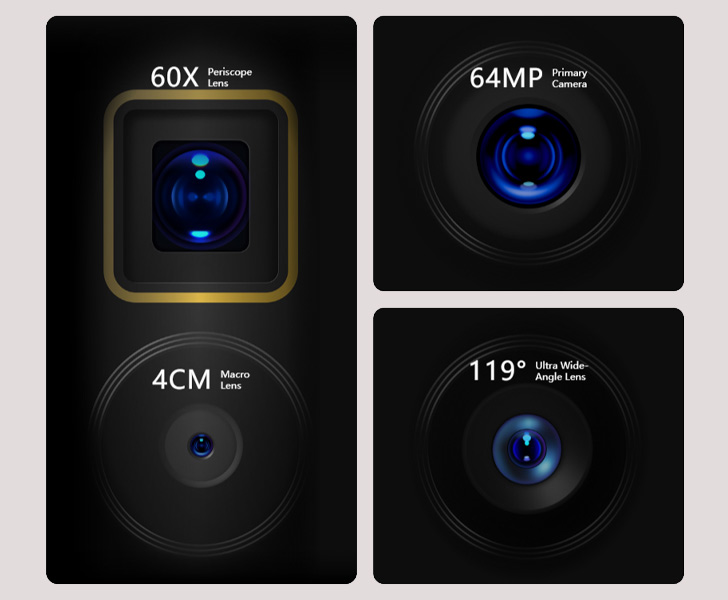 The X3 Superzoom camera setup is designed to use the Super Nightscape 4.0 feature which captures nightscapes such long exposure light trails in cities or the night sky. Around the front, there’s a dual selfie camera, embedded inside the pill-shaped cutout. It features a 32MP Sony-manufactured lens and a 105-degree ultra-wide camera.

A Snapdragon 855+ platform powers the X3 SuperZoom, rounded off by a liquid cooling system. You can pick from 8GB/12GB memory and 128GB/256 storage configurations. The internals run on a 4,200 mAh battery that supports 30W Dart Charge (it can power up your device from 0 to 100 percent in 55 minutes). 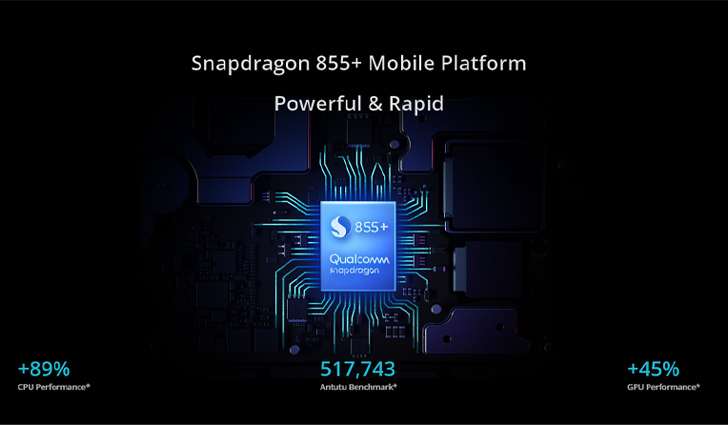 The Realme X3 display measures 6.6”, and produces an FHD+ resolution, a 90.5 percent screen-to-body ratio, and a smooth 120Hz refresh rate. The screen is an IPS panel that can’t hide a fingerprint reader underneath, so Realme has mounted it on the side – which is uncharacteristic of 2020 flagships, same as the side-mounted sensor. 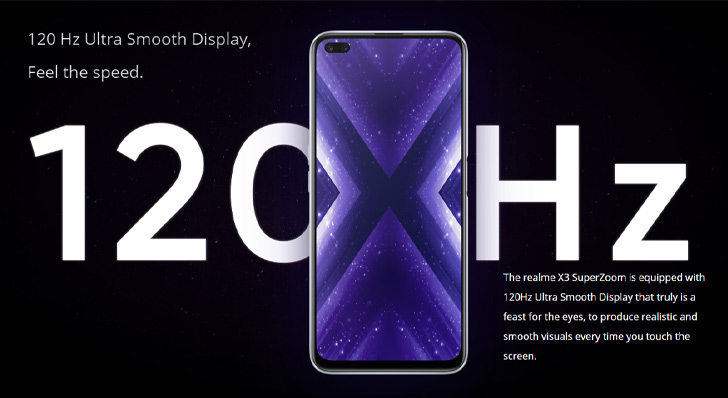 The rear-facing panel sports a traditional Realme look. You get an iridescent, and polished shell that curves around the corners and edges. You can pick from the subtle Arctic White and the more vibrant Glacier Blue colors.

Realme X3 SuperZoom goes on sale on June 2 and starts at an Oppo mobile price tag of €499 or about 88,000 PKR. No availability details for the Pakistani market are known yet. 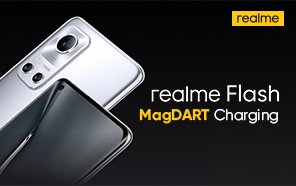 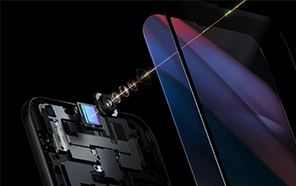