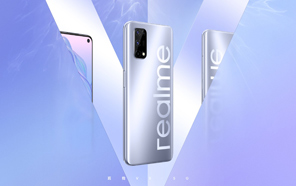 The seemingly endless slew of new Realme releases continues as the Oppo sub-brand is gearing up to introduce yet another model. Titled Realme V5, this new upper-mid-ranger marks the debut of Realme's newest V-series. Along with the official announcement, Realme also published a teaser preview of the device. 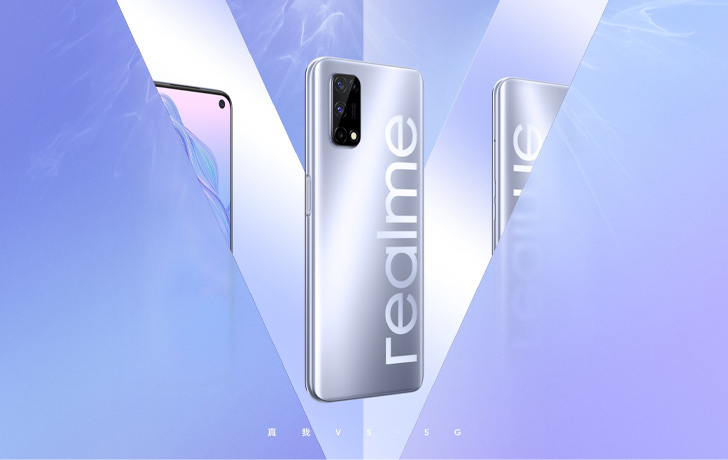 Despite featuring some top-notch specs, the handset is said to rank higher than usual in the Oppo price list but it'll still cost way less than the original Reno 4 Series. 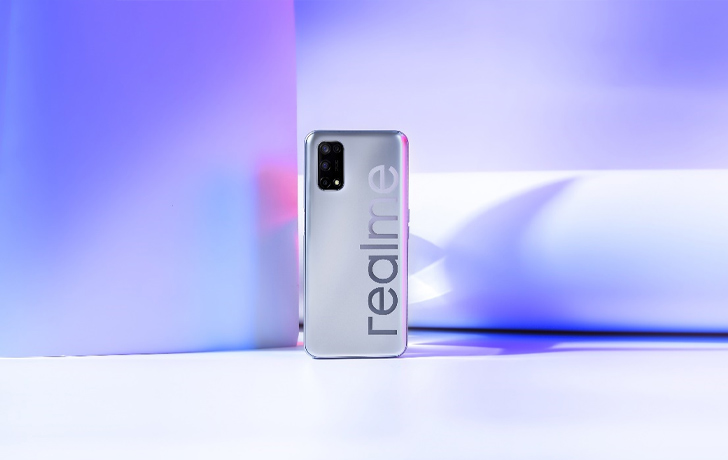 Let’s start with the most eye-catching change: the rear shell of V5 by Realme. It’s a polished silver back, chamfered and curved around the edges — soft and glossy. The shell, painted in a striking gradient, also flaunts ‘realme’ lettering in a giant, bold type. The black camera island lives in a corner, juts out, contrasting nicely against its silver background. 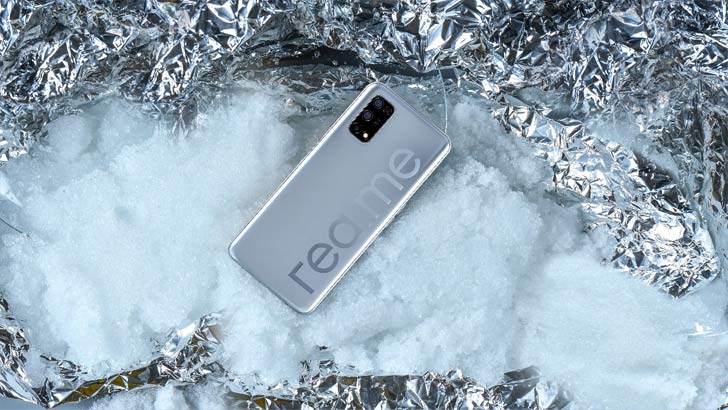 The poster also showcases a part of the Realme display. The bezels surrounding V5 screen are narrow all around, and it has a hole punched into its right corner. Around the back, four cameras are arranged in an L-style layout inside the camera housing — the primary of which features a 48MP main camera.

Also, note that the Realme V5 was allegedly listed on the TENNA database under the model name ‘RMX2121’. It further details that the phone features a 6.55” AMOLED display with an optical fingerprint reader hidden underneath. Measuring 8.5mm in thickness, the supposed Realme V5 is powered by a two-cell 4,500 mAh battery. The 3C certification authority signed off on the device as well, revealing that it supports 5G and a whopping 65W fast charge.