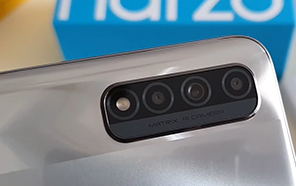 Realme Narzo 30 Hands-on Unboxing Video Out Ahead of the Launch; Due Next Week Featuring Helio G95

So far, the budget Narzo 30 series features Realme Narzo 30A and Narzo 30 Pro 5G. This duo was made official in February, but the base Narzo 30 has been missing until now. Realme Malaysia recently announced that the Narzo 30 is slated for launch on May 18. Ahead of this event, the phone was featured in an unboxing video. 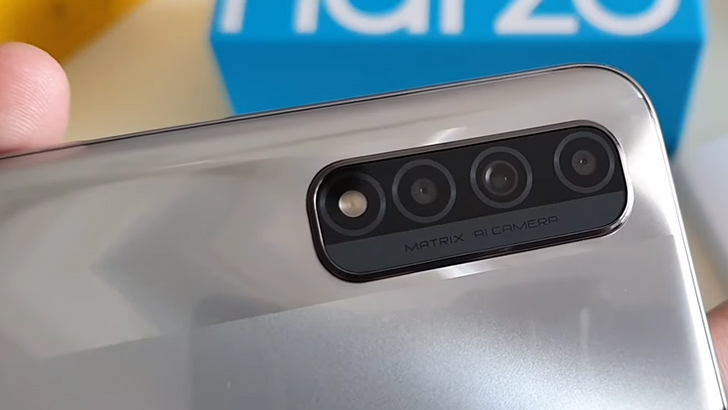 Published on the YouTube channel Marc Yeo Tech Review, the clip shows the Realme Narzo 30 design, features, and first impressions. First off, the build hasn’t changed much from the Narzo 30 Pro. We’re looking at the same pill-shaped camera island, placed on a reflective strip.

The shell, seen here in silver, has soft edges and rounded corners. There’s a 3.5mm headphone jack, a single firing speaker, and a USB-C port on the bottom. Narzo 30 also has a hybrid slot for extra storage. Our host then goes on fire up the Narzo 30, revealing its thick bezels and hole-punch cutout.

Unlike the corners that Narzo 30 Pro cut for its 5G connectivity, the Narzo 30 is less stripped off. You get a 6.5” LCD screen with a Full HD resolution, working at a responsive 90Hz refresh rate. 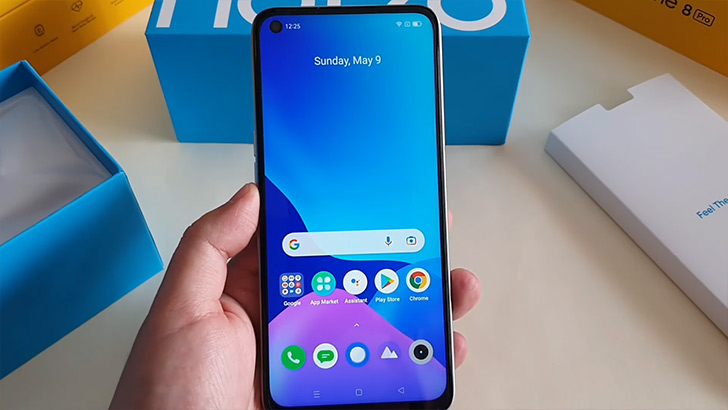 The front camera embedded in this panel is 16MP which comes packaged in an affordable Realme mobile price. Flip it over to find a triple-camera, led by a 48MP main lens and two low-resolution portrait and macro sensors.

It’s all powered by a massive 5000 mAh battery and the Android11-based realmeUI 2. The Narzo 30 ships with a 30W charging brick — carried over from the Pro model. MediaTek Helio G95 does the number-crunching, joined by 6GB of memory and 128GB of storage.