Realme is introducing the budget Narzo series in Pakistan soon, sources told WhatMobile. This debut starts with the Realme Narzo 30A — a recently-launched entry-level phone with a big battery, fast charging, and fingerprint support. The handset was due in the 1st week of march but somehow got delayed and it's now expected to arrive in the coming weeks. 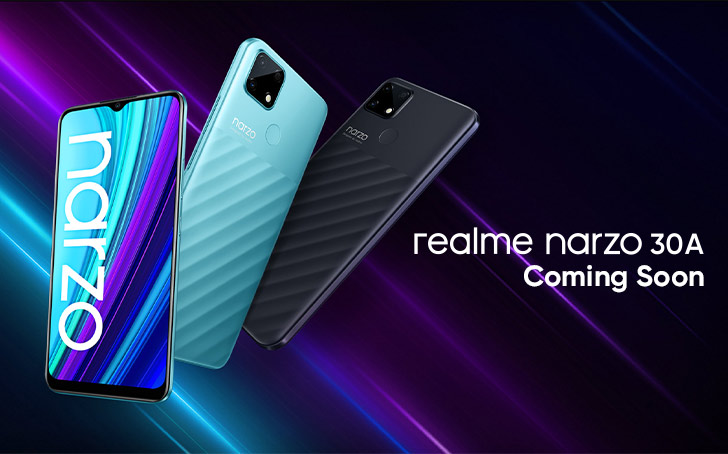 The Narzo 30A is yet another entry in Realme’s lineup based on the MediaTek Helio G35. It’s a 12nm chip, clocked at 2.0GHz that works with 3GB/4GB of memory and 32GB/64GB of eMMC 5.1 storage (can be expanded with the dedicated microSD slot.). the handset is expected to arrive with an affordable realme mobile price tag. 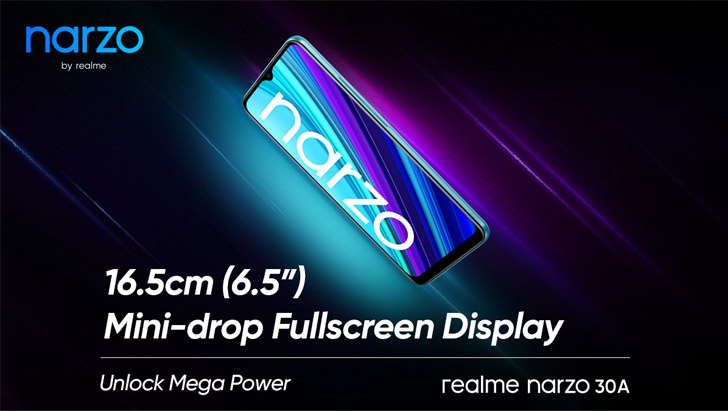 Both the display and chip are light on the resources, affording Realme Narzo 30A’s 6000 mAh battery up to 46 days of standby. It’s advertised to last over 10 hours of gaming and 27 hours of video streaming.

For average use, you can expect two-day battery life or more. To quickly recharge, the Narzo 30A comes with 18W Type-C charging support. It can also reverse charge other devices. The build includes a 3.5mm jack.

If you’ve seen the Realme C-series, the Realme Narzo 30A shell should look familiar — a rear-facing capacitive fingerprint scanner, plastic body, a squarish camera plate, and a two-tone finish. It comes in Laser Black and Laser Blue colorways. 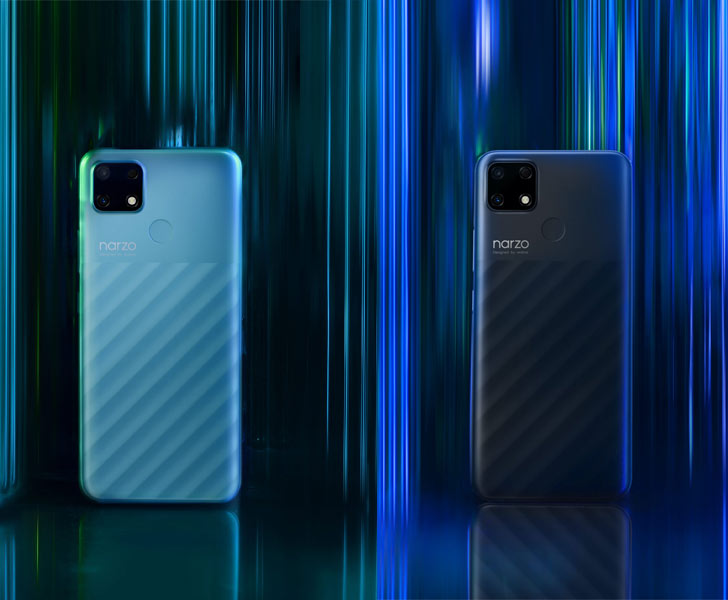 You’re looking at a dual camera on the back, featuring a 13MP f/2.2 wide and a 2MP B/W sensor. Selfies are taken with an 8MP f/2.0 lens. The Narzo 30A offers nightscape, chroma boost, and portrait modes.