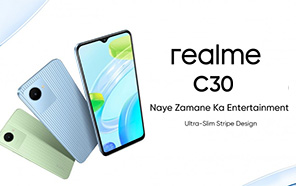 After the Realme C30’s detailed renders were leaked last week, the smartphone was highly anticipated to be launched shortly. Yesterday, Realme announced the device to go official in India first on June 20. And its next stop should be Pakistan (based on the usual release calendar.) We have some key specs to report. 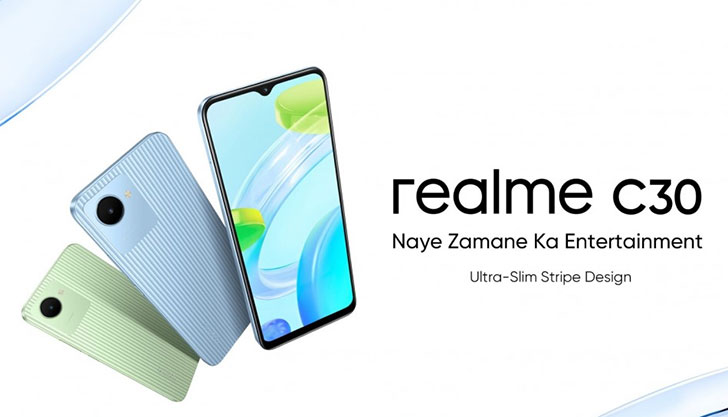 According to recently shared official renders, The Unisoc Tiger T612 is at the heart of Realme C30, based on the 12 nm architecture. It is an average processor that pulls off an AnTuTu score of 176,932.

The vertically chamfered back design on the upcoming C30 features repeated lines that protrude out a bit. Realme C35's new sibling will be available in two color options; blue and green. 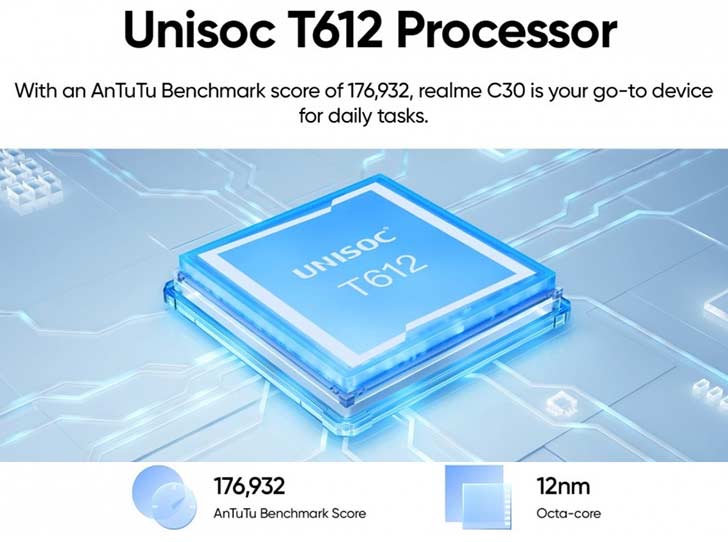 The rectangular camera module C30 by Realme is kept clutter-free, housing a circular camera ring. The handset clocks in at 182g in weight and 8.5mm in thickness where everything runs on a 5000 mAh battery. Previous rumors suggest the single rear camera is equipped with a 13 MP sensor while the selfie shooter has a 5 MP lens. 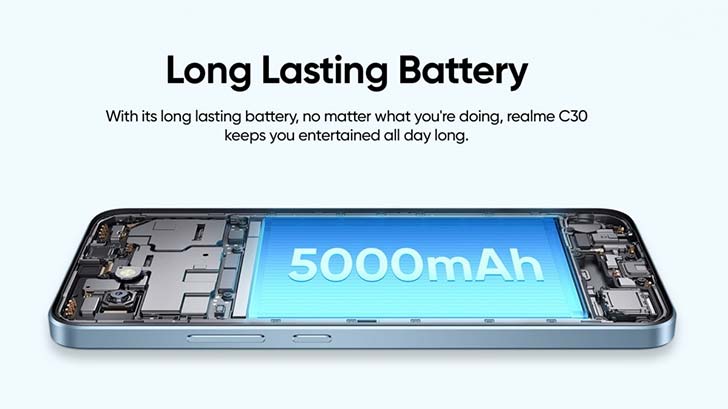 The handset is also tipped to arrive with an old-school micro-USB port, a 3.5 mm audio jack, a regular microphone, and a speaker, all placed at the bottom. There’s no reliable information regarding the storage variants, screen, and fast charging technology used inside the Realme C30.

No word on the price tag yet. However, we only need to wait a few days for Realme's latest budget model launch to get a clearer picture of its detailed specifications.