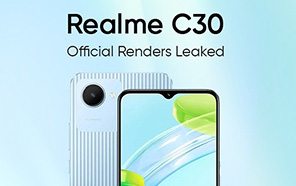 Realme C30 — an upcoming edition of the latest line of the brand's C-series — has made a few headlines these past few weeks. The upcoming C30 will soon follow the recent Realme C35. The phone's release must be around the corner as the latest in this string of leaks brings us its alleged renders, giving us a peek into the phone's design and specifications. 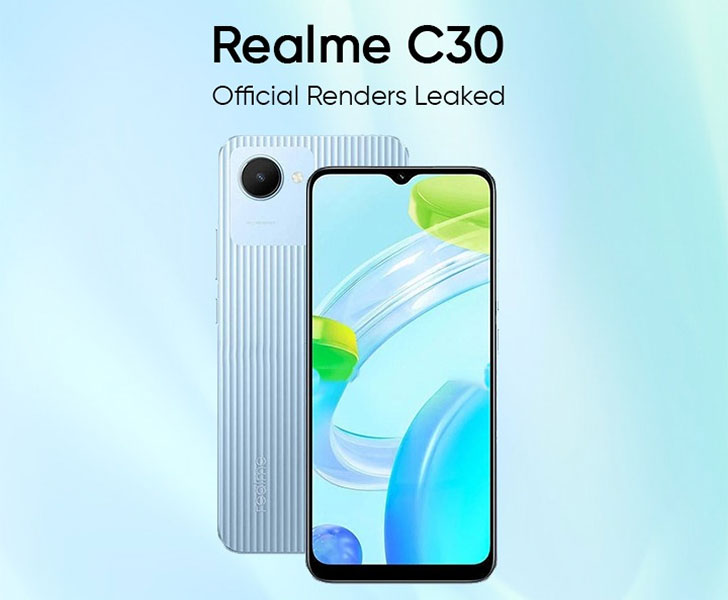 The online publisher Compare dial, in collaboration with the reputable leaker @Onleaks, has given us a preview of the upcoming Realme C30. Going by the alleged press images, we learn that the Realme C30 rocks the unremarkable, barebones features that have come to define Realme's C-series. But this time, Realme revisited the design.

The new single-camera layout, boxy plate, and a casing featuring vertically chamfered design with repeated lines that come out a little. The shell and its protruding finish come in blue and green colors. We find a squarish housing in the corner featuring a single camera and an LED flash. It’s a solitary unremarkable lens. The power button and the volume rocker are mounted on the right side of the device. 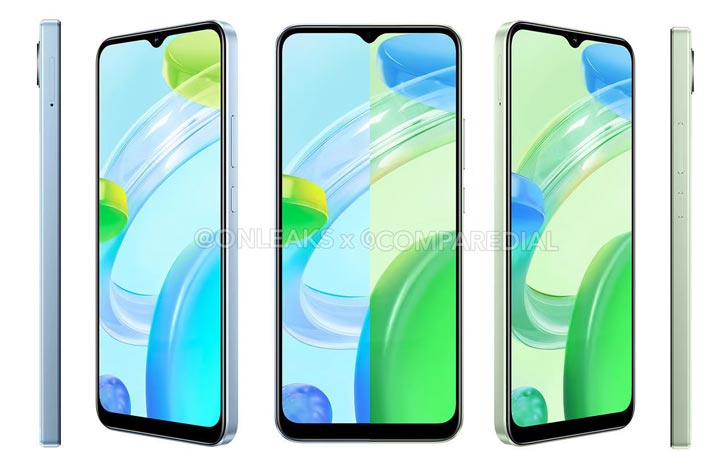 Turn the phone over to find a 6.58" IPS display, a notch, and a hefty chin flank it. It's said to be an underwhelming 1080P screen with a 60Hz refresh rate. The front camera on Realme's new C model is embedded in its notch. An ancient micro-USB port, a 3.5mm audio jack, and a speaker grille are found on the bottom. 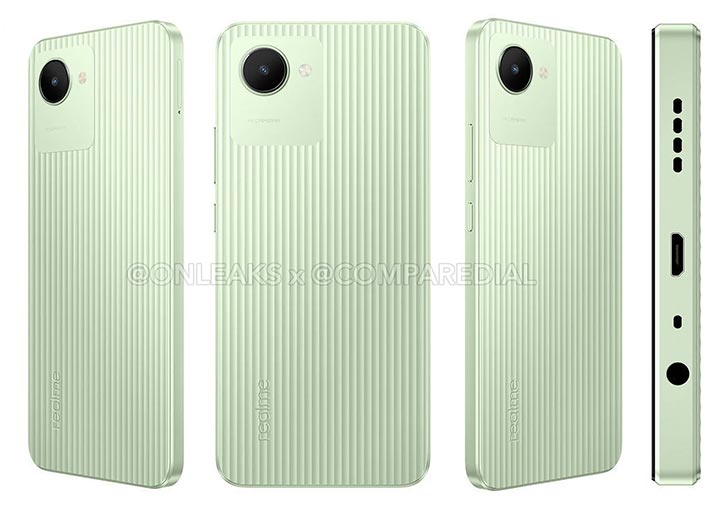 The source highlighted the design only without touching the specification but we already know, courtesy of the earlier leaks that the handset is expected to arrive with a 13MP primary shooter along with a 5MP selfie snapper on the front. The smartphone is said to weigh 181g and is 8.4mm slim and will feature a Unisoc chip under the hood.

Everything will run on a 5000 mAh battery, powered over an ancient micro-USB port, there's no fast charging support offered. Once launched, You'll be able to pick from 2GB+32GB and 3GB+32GB variants with Android Go OS. The Realme C30 is expected to hit the global markets in the coming weeks.