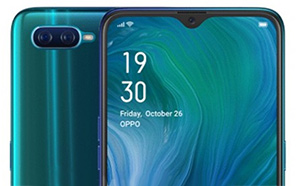 OPPO Reno A Specs got leaked along with a render, packs 6.5 inch AMOLED display with a Notch

We have already seen several leaks and rumors on OPPO Reno 2 series, a successor to the 1st gen Reno lineup, launched earlier in the first half of this year. There is a premium mid-range model boasting Qualcomm Snapdragon 730G, and two other devices Reno 2F and 2Z, which would be a little modest than the standard variant. The Reno 2 lineup is not official yet and we are already hearing about another new reno device called the OPPO Reno A.

The upcoming Reno A got spotted in some leaked renders and looks pretty similar to other mid-range Oppo models, such as the Oppo A5s and Oppo A9. The Reno A is said to be arriving with a gradient color finish, and an AMOLED Screen with a water-drop notch at the top of the display. 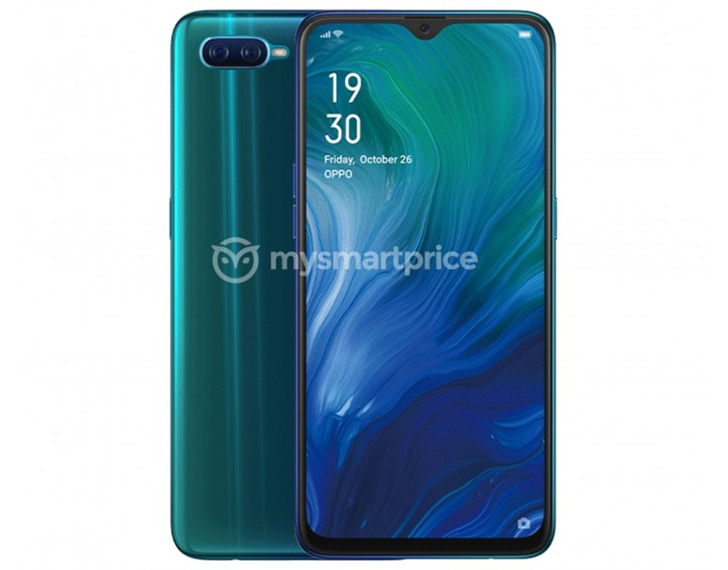 Measuring at 158.4 × 75.4 × 7.8 mm, Oppo Reno A weighs just 169 grams. Alleged technical specifications of the phone include a 6.5 inch AMOLED display with Full HD+ resolution. Boasting a Qualcomm Snapdragon 710 Octa-core processor under the hood, the smartphone comes with 6 GB of RAM. The handset will be available in two variants based on the internal storage of either 64GB or 128GB.

Powered by a 3600 mAh battery, Reno A is most likely to arrive with an in-display fingerprint reader as there's no sensor provided on the back. The front selfie snapper is based on a 25-megapixel sensor while there is a dual-camera setup on the back consisting of a 16-megapixel main with f / 1.8 aperture plus another 2-megapixel secondary sensor.

The Reno A will be available in gradient blue and black colors. The device does not yet have an official date to be released on but since the Reno 2 series will be unveiled by OPPO Mobile on August 28, hopefully, it will end up there too. Just need to wait a few more days.