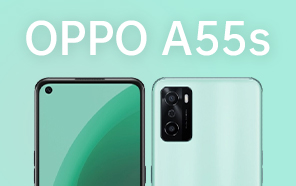 Oppo A55s Featured in a Leaked Press Image; Comes in Mint and Graphite

Oppo is soon coming out with a new A-series phone. No official word on the Oppo A55s yet, but the press mockups were leaked online.  They give us an early preview of the A55s design. Geekbench has reportedly published the phone’s benchmarks too. 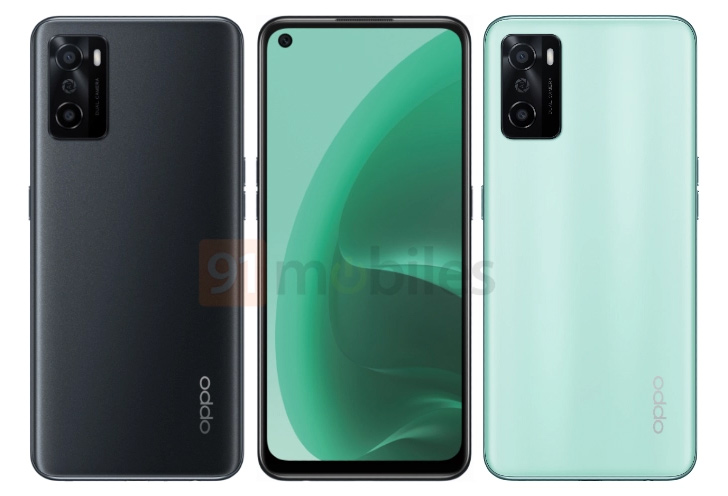 91Mobiles, a publication with a long and proven record for Android leaks, published the press image. It showcases the Oppo A55s in two colors, mint and duotone black. The phone’s shell is made of plastic with Oppo’s branding stamped on it.

The camera island of the Oppo A54 sibling sticks out the backplate in the shape of a rectangle. Two lenses, an AI sticker, and an LED flash are housed in this bump. Oppo has only integrated a simple power button and two volume rockers into the frame. The A55s is missing fingerprint security which makes it feel out of place in 2021. 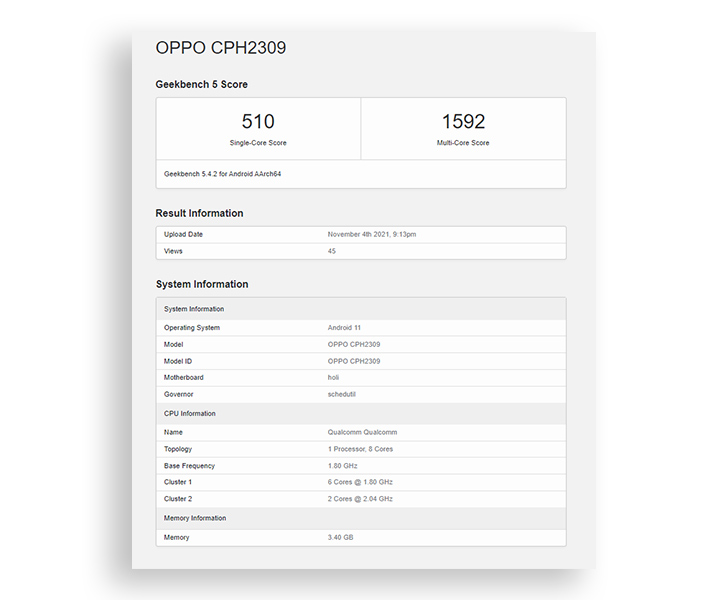 OPPO A55s was also featured on the benchmarking website, Geekbench. You can look it up under the model number “CPH2309.” The scorecard for the phone specifies the Qualcomm Snapdragon 480 at its heart. The 5G chip is built on a 6nm process node. It’s powered by 4GB of memory and ColorOS UI on Android 11.

Flip the new addition to the Oppo price list over to reveal a bezel-heavy display. It’s a 20:9 IPS LCD, presumably with a 720P resolution. Oppo A55s also has a punch-hole through the screen corner to house the front camera. It’s a standard layout for a budget Oppo phone.