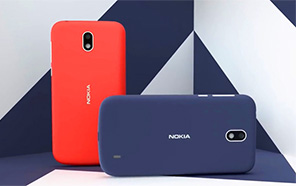 Nokia 1 Plus got leaked, An Entry level smartphone with Android Go

Nokia 1 Plus is the upcoming HMD Global smartphone with Android Go. The leak has a phone render with partial technical specification so it is not difficult to guess that it will be an entry-level Nokia smartphone as it runs on an Android Go OS. 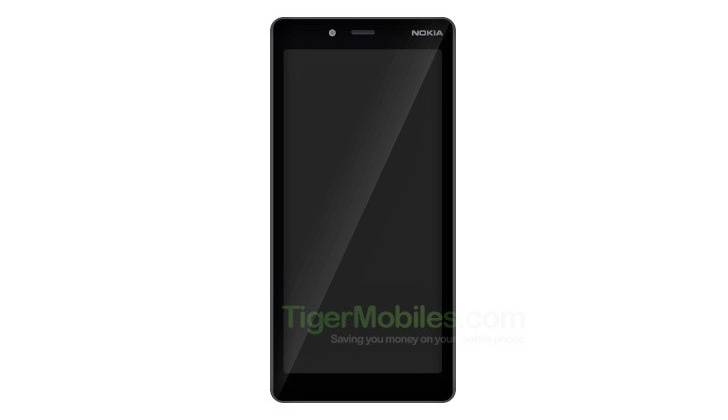 Nokia 1 Plus have just got leaked while Nokia 9 MWC premier is a few weeks away. The leak contains a render showing the front of the phone along with key specifications that were apparently revealed through the device database of Google Play Console Developer pages. Like any other smartphone with Android Go, the specs do fail to impress but will be enough to satisfy an entry-level user. 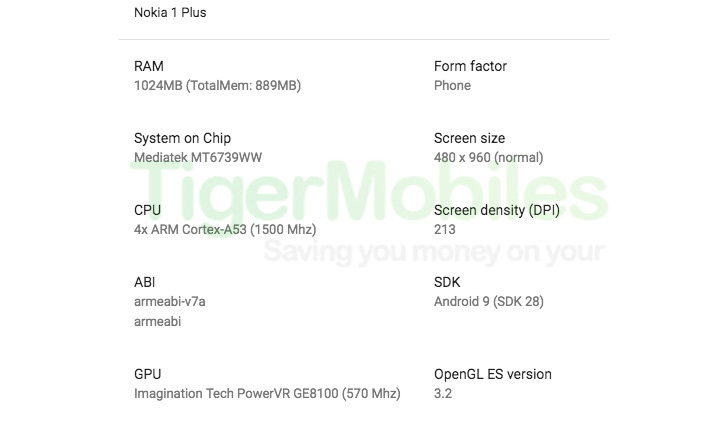 The Nokia 1 Plus bears a mere screen resolution of just 960 x 480 pixels. Screen size is not yet confirmed, but it'll be probably about 5.0 inches. Pixel density is 213 dpi. At the heart of the smartphone lies MediaTek MT6739. It is a Quad-core ARM Cortex-A53 processor clocked at 1.5 GHz. PowerVR GE8100 is the GPU responsible for graphics.

Leaked specs also mention that Nokia 1 Plus has only 1 GB of RAM. The device will run the Android 9 Pie Go edition. HMD Global will announce Nokia 1 Plus alongside the long-awaited Nokia 9, Nokia 8.1 Plus & Nokia 6.2 on February 24th at the Mobile World Congress in Barcelona.