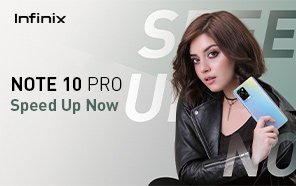 The long-rumored Note 10 Pro is officially making its debut in Pakistan this month just after the most recent Infinix Hot 10i launch. The promos, previews, and launch timeline has already been published on the Infinix Pakistan website, not to mention the two color options for the Note 10 Pro. Let’s take a quick look.

Infinix has kept the features and specifications under wraps that are slated to be revealed on May 13. Following this announcement, the Infinix Note 10 Pro goes on pre-sale on May 16. The window lasts until May 18; official sales begin afterward.

As seen in the teaser posters, the Note 10 Pro has a curved shell, available in a glossy iridescent finish that likely shifts hues when viewed from different angles. The black edition has a two-tone design — one half is muted and matte, and the other half has a reflective finish. 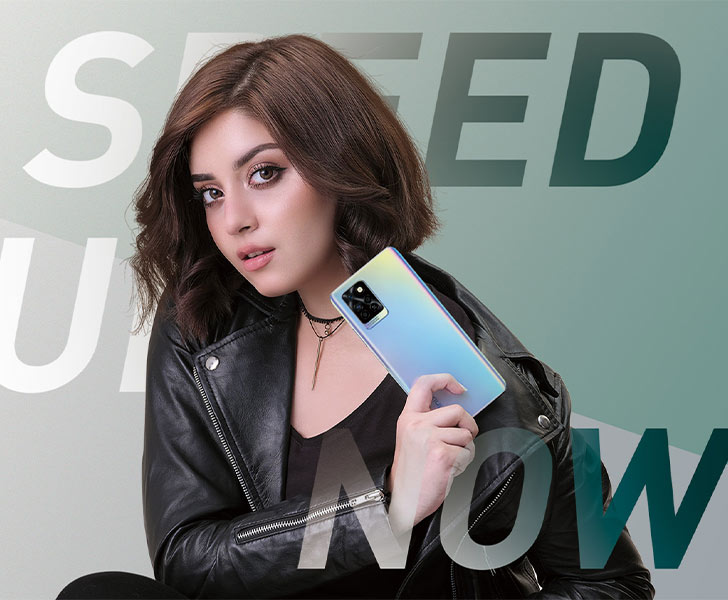 You can also make out a side-facing thumbprint reader, resting under the volume rockers. New Infinix mobile has no less than five cutouts in its camera plate (one placeholder and four with cameras).

The details won’t be confirmed until May 13, but the Infinix Note 10 Pro is rumored to feature a massive 6.9” screen (in typical Infinix fashion) that operates on a smooth 90Hz refresh rate. The resolution for this IPS LCD will be capped at 1080P.

From the certifications related to the Note 10 Pro, we also know that the device runs on Helio G90 — one of the more powerful budget gaming chips from MediaTek. It’s paired with 8GB of memory and 256GB of storage. The battery capacity is unclear, but the phone fast-charges over 33W. We’ll keep you posted as the story develops.