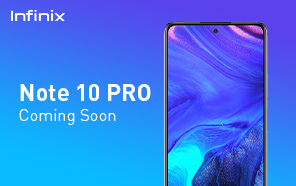 The Infinix Note 10 Pro continues its pre-launch journey through leaked real-world photos and certification documents. The release timeline is still anyone's guess, but folks over at XDA Developers managed to uncover high-quality marketing renders of the device. Google Play Console also has the Note 10 Pro listed on its database now, along with its system specs. 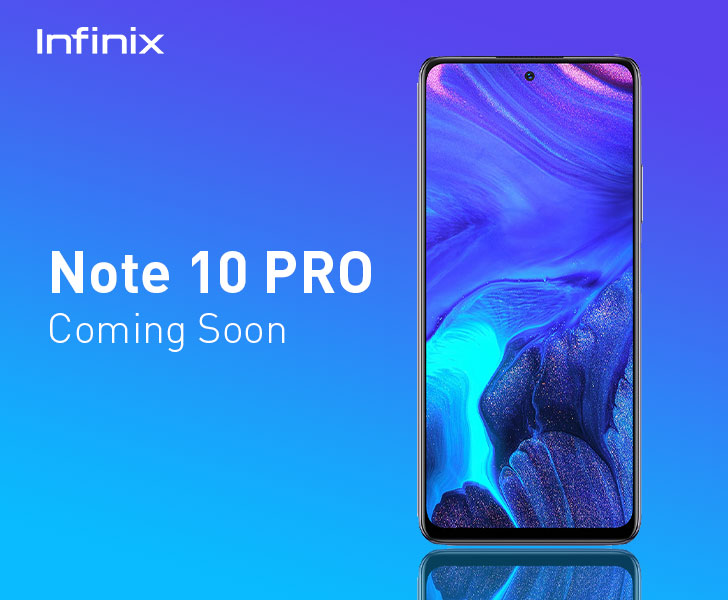 Over the past few seasons, more and more smartphone-makers are shifting their hole-punched housings from off-center to dead in the middle of the display. The Infinix Note 8 successor AKA the Note 10 Pro is the latest instance of these recycled designs, featuring a mid-size chin and a tiny pin-hole camera in the center.

We learn, via the Google Play Console listing, that the Note 10 Pro display delivers a full HD resolution and fills a 480 DPI density. You can find it under the model number ‘Infinix-X695.’ The real-life photos of the Note 10 Pro retail box specify a 6.9” panel that refreshes at 90Hz. 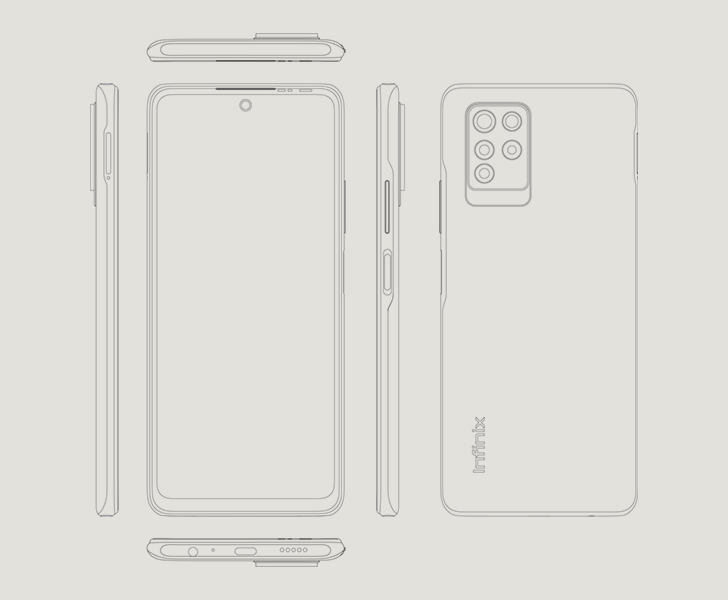 The leaked schematics give us a 360-degree preview of the build of the Infinix new model 2021. The charging port, speaker grille, a 3.5mm headphone jack, and possibly an IR blaster are mounted on the bottom. The volume rocker and the power button (which seemingly doubles as a fingerprint scanner) can be located on the right side. Plus, the squarish camera island houses an assortment of five sensors.

As for the internal hardware, we’re looking at MediaTek Helio G90 and 8GB of memory, all running Android 11, based on the Google Play Console documentation. However, some rumors point to the Helio G95. Infinix Note 10 Pro packs a 5000 mAh battery to power this hardware and can be fast-charged over 33W.