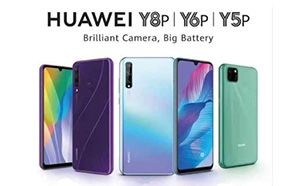 Huawei Y8p, Y6p, and Y5p to Land in Pakistan this Month, Pre-Order Begins on June 22

Huawei is introducing the Huawei Y6p, Y8p, and the Y5p to the Pakistani market this month. The trio will go on pre-sale starting from June 22, and which each pre-order, Huawei will be doubling the deposit you make.

The Y8p brings a quintessential Huawei design to the table: a high aspect ratio, Midnight Black, and Breathing Crystal colors, a capsule-shaped triple camera, and a well-polished chamfered build. Its 6.3” OLED DewDrop display produces a 90.17% screen-to-body ratio and an FHD+ resolution. Huawei has embedded inside this panel an ‘in-display’ fingerprint reader. 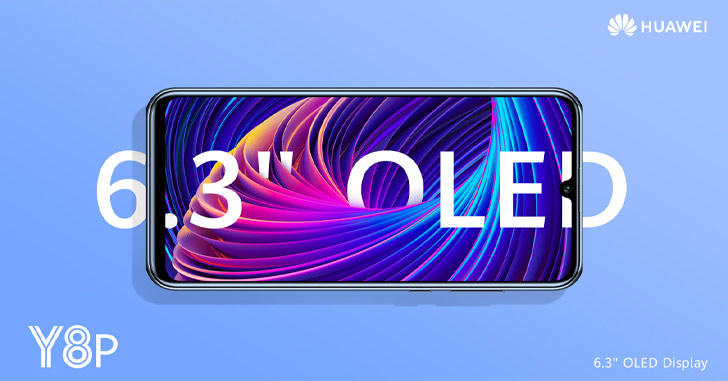 The camera on the back uses a 48MP main lens, a 2MP depth camera, and an 8MP ultra-wide-angle lens.

The Huawei Y6p is already listed on Huawei Pakistan’s webpage, next to the Y8p because of its shared design language. Think of the Y6p as a pocket-friendlier version of the Y8p. Instead of an OLED panel, you get an IPS LCD HD+ screen, identical in size, and the dew-drop notch. 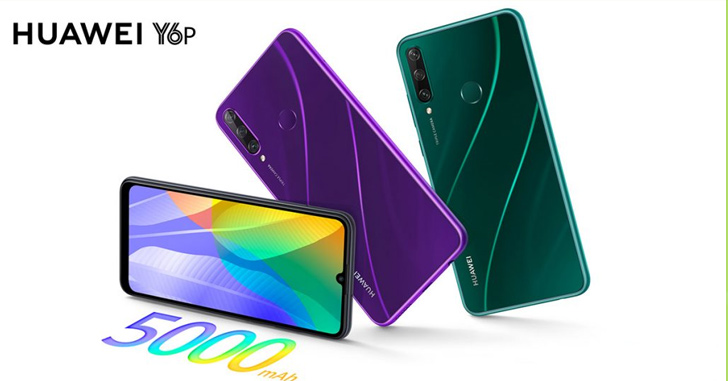 Around the rear-facing panel, it’s the same story, except for the addition of a traditional fingerprint scanner. Instead of the duo-tone gradients, the phone features abstract, almost shimmering patterns in Phantom Purple, Emerald Green, and Midnight Black editions.

The primary camera is watered down to 13MP,  the wide-angle lens to 5MP, while the bokeh sensor remains the same. The processor running behind the scenes is the previous-gen MediaTek Helio P22, rounded off by 3GB of memory and 64GB of storage. The battery capacity, however, is bumped up to a massive 5,000 mAh. The Huawei Y6p is expected to arrive carrying a price tag of 20,000 to 23,000 PKR.

The Y5p is cheaper still — essentially an entry-level Huawei. If it wasn’t for its modern-looking paint job, you might mistake it for a model from at least three generations back. Forget the fancy bezel-free look; the Y5p features a screen encased in two blocks of bezels. The screen extends 5.45”, corner to corner, producing an HD+ display. 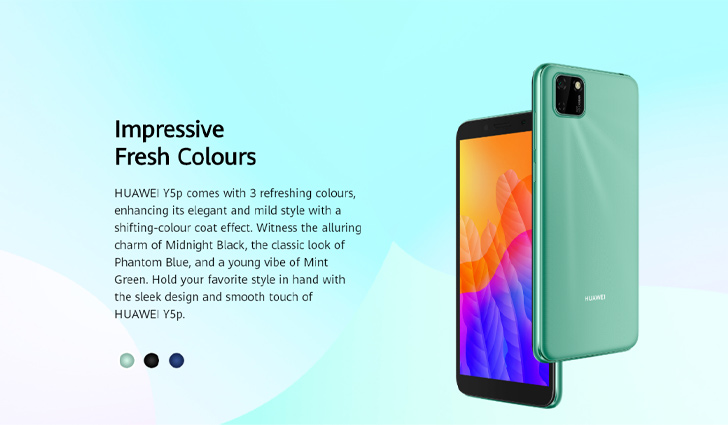 The rear-shell has a single camera, inside an odd layout — made to look like a twin-camera setup inside a squircle bump. The body is plastic, painted in Mint Green, Midnight Black, and Phantom Blue shades. Huawei is keeping the cost to the minimum by lopping off the fingerprint scanner. 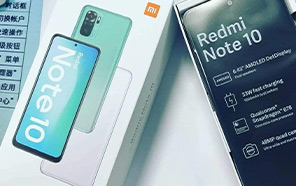