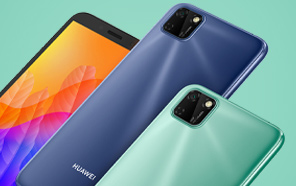 Although Huawei announced that the pre-orders for the new Y Series would begin on June 22, Y5p, the entry-level pick has already hit the stores with an unbelievably low Huawei price tag — leaving only the Huawei Y6p and Y8p on the way. Here’s the scoop. 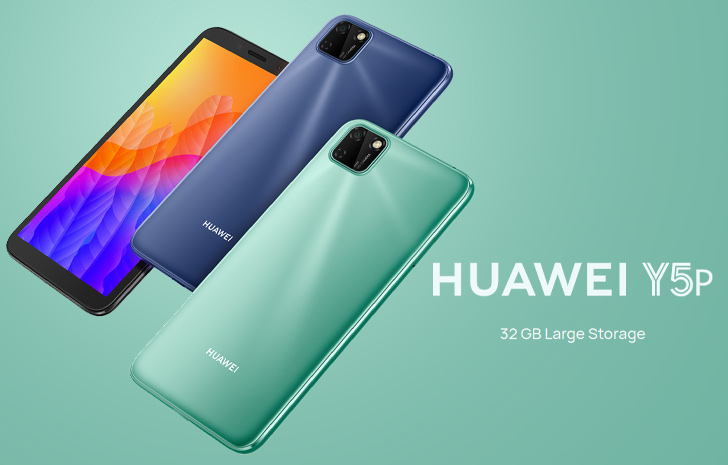 The Huawei Y5p has a retro, bezel-heavy design, featuring a compact 5.45” HD display. The IPS LCD screen might be tiny by 2020 standards, but on the flip side, the build is feather-weight at 144g. A front-facing speaker, the proximity sensor, and the 5MP front-facing selfie camera are mounted on the top bezel. 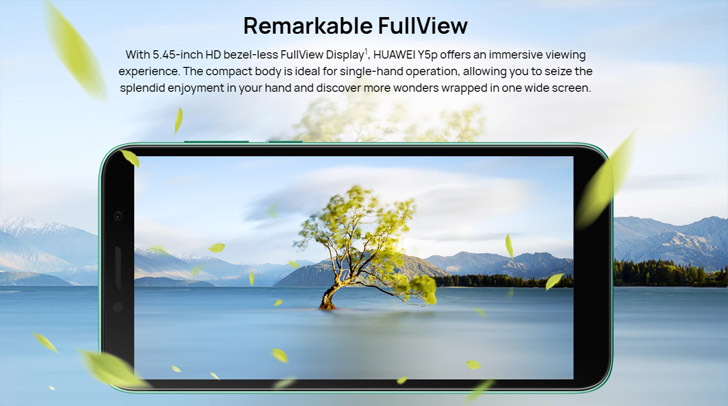 Go around the back of Y5p by Huawei to find a textured shell with curved corners. The texture affords the panel a muted sheen, while a subtle sunburst pattern originates from under the camera island.

Which itself, is squircle shaped housing a single camera. You can pick from three editions: a refreshing Mint Green, an Elegant Midnight Black, and a more punchy Phantom Blue. 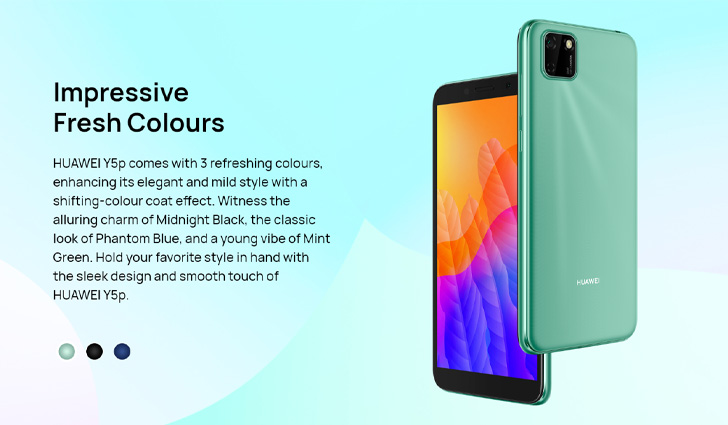 There’s no onboard Huawei fingerprint scanner, but you can quickly unlock your Y5p with the ‘Intelligent Face Unlock’. A modest 8MP camera resides inside the oversized rear-camera bump, made to look like a dual-camera, next to a round LED flash. 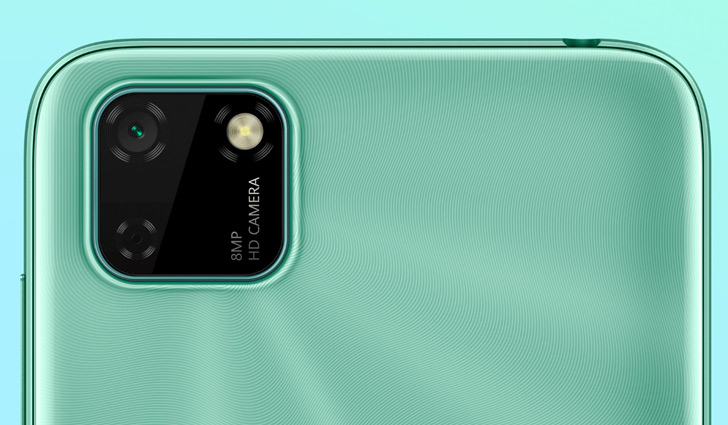 The Y5p runs on the MediaTek Helio P22 processor, with an octa-core CPU clocked at 2.0GHz and 1.5GHz, baked into it. Combined with this chipset is 2GB of memory and 32GB of storage (which can be expanded up to 512GB with the dedicated microSD card slot). 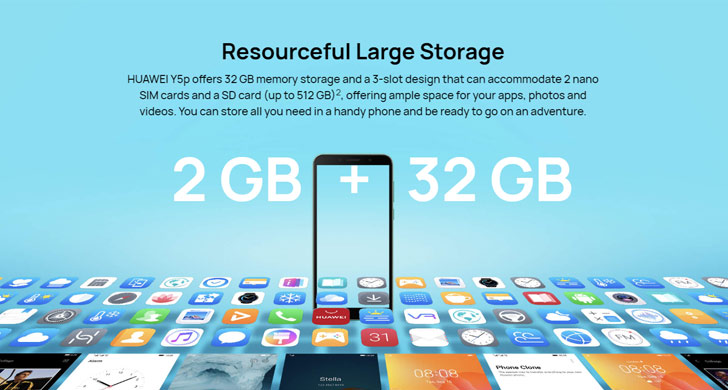 It’s powered by a 3,020 mAh battery — you can get at least 17 hours of moderate usage out of the Huawei Y5p. The device ships with EMUI 10.1 (based on Android 10) and Huawei’s AppGallery.

The hardware might be previous-gen, but Huawei is offering the Y5p at an incredibly low price of just Rs. 13,999.