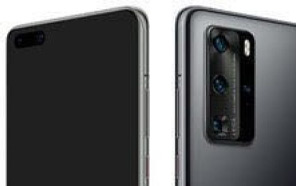 Now that we’re nearing its launch date, another set of renders for Huawei’s first flagship for the year – Huawei P40, has been spotted. Earlier leaks have already given us a sneak peek at the design and Huawei Prices for this upcoming lineup, but we’ve now got early mockups of the ‘Pro’ P40 variant. The renders showcase a quad-camera setup and a curved display.

Courtesy of Android Headlines, Huawei P40 Pro images show off a design language almost identical to that of P40, save for a few obvious elements. You’re looking at a domino-shaped camera bump that juts out quite noticeably and houses three camera lenses in one column, and one ToF sensor (possibly) in another. 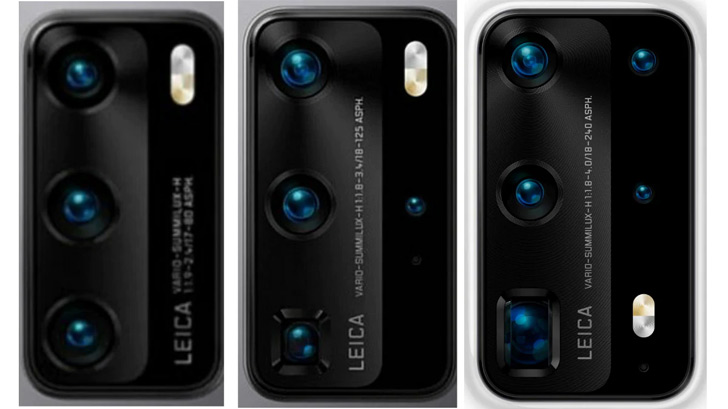 A squircle camera sits on the bottom left corner, which appears to be a periscope lens. Speculation has it that this lens supports up to 10X optical zoom, but the resolution of the render is too poor to make out the details printed on the lens.

But if the Huawei P40 Pro render mentioned above is anything to go by, the primary camera might feature a 20 mm focal length.

Aside from these lenses, you’re also looking at either a macro sensor or a 3D ToF cam. There’s no confirmation, but at any rate, this module is nestled underneath the LED flash. If the rectangle-ish camera bump looks familiar, that’s because it is. We’ve already seen this domino-style camera bump on Samsung’s yet-to-be-released S20 and Google’s Pixel 4 series.

On the front, you get a pill-style cutout, containing a twin-selfie-camera – one of them a standard snapper, and the other one most likely an ultrawide-angle module. The display itself seems to melt into the edges, but the curvature isn’t as readily apparent.

The P40 duo is scheduled for launch in March carrying a high-end Huawei Price tag, and it will be debuting in five hues: Black, Ice White, Blush Gold, Silver Frost, Deep Sea Blue.