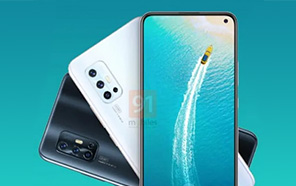 Another Vivo V17 Spotted with a different design, L-shaped Camera and a Punch-hole Display

The Vivo S1 Pro can land anytime this month in Pakistan as according to the earlier reports it is expected in December. The phone, however, has already made it into the Philippines and the very same handset was also launched in Russia last week dubbed as Vivo V17. Now another confusing leaked promo poster shows that our neighboring country will be getting a different Vivo V17 with a totally different design from the one that was launched in Russia. 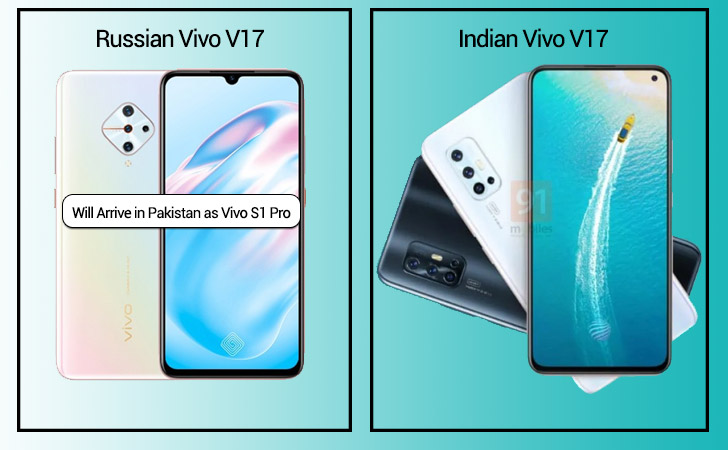 The Indian Vivo V17 variant not only has a different back camera design but is also distinct on the front. The company seems all set to launch another V17 with a refreshed camera design and a punch-hole-toting display. This eponymous handset is expected to make a debut by the end of this December this year in India & might also arrive in Pakistan with a similar name.

As per the poster, you’re looking at a near-bezel-free display featuring a punch-hole housing for the camera. As of late, Vivo seems to be experimenting with new camera designs. As evident by the recent slew of diamond-style designs that we’ve seen in the past few weeks. Unlike the Russian variant, which sported a diamond-shaped module, you get a quad-camera setup in an L-shaped arrangement. The L-shaped design (inspired initially by Smartisan Nut Pro 3) has already been spotted on multiple upcoming Samsung offerings, signaling that it might be a trendy design in 2020. 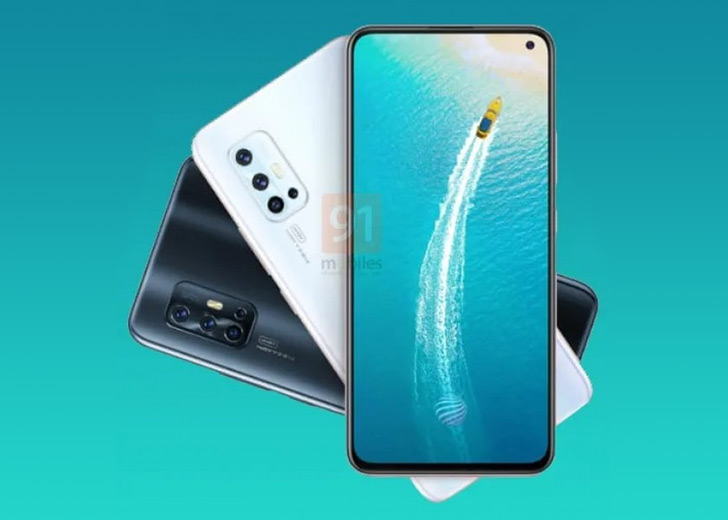 The back panel is offered in two glossy gradients: Glacier Ice and Midnight Ocean. The 6.44-inch OLED screen, or as Vivo is calling it ‘the iView’ display, has a punch-hole cutout sitting on the top-right corner.

A previous leak also gives us the hardware specifications for this upcoming V17. The display produces an FHD+ resolution and a 91.38 percent screen-to-body ratio. The camera module features a 48-megapixel primary unit, paired with an 8-megapixel ultra-wide-angle lens, a 2-megapixel macro sensor, and a 2-megapixel depth shooter. Embedded inside the punch-hole is a 32-megapixel selfie shooter.

Under the hood, you get a Snapdragon 675 chipset with 8 GB of RAM and 128 GB of native storage. This internals are backed by a 4,500 mAh battery with support for 18W fast-charging. The SoC is an upgrade from the already mentioned eponymous Russian cousin, which rocks a Snapdragon 665 chip.

The Chinese manufacturer will officially launch this next V17 on December 9, in India. The Russian Vivo V17 is already confirmed to land soon this month in Pakistan as the S1 pro, let's see if this Indian V17 variant with L shaped rear camera also ends up reaching Pakistan.