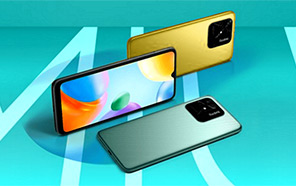 The Xiaomi POCO C40 has passed by Thailand's NBTC after being certified by the FCC, and all indications point toward an imminent launch. 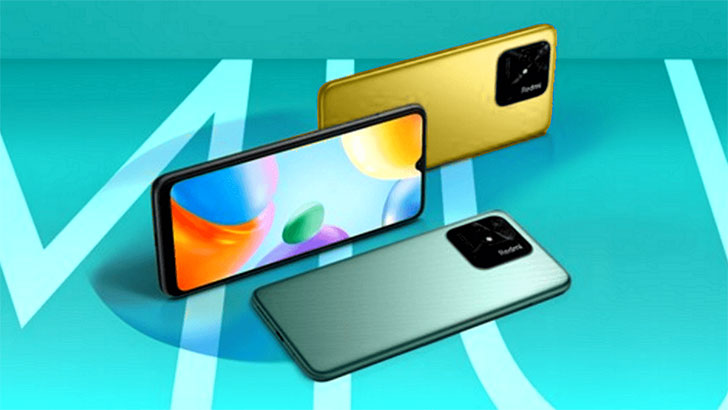 The device number is 220333QPG, and it should be released with Android 12 OS with the MIUI GO interface on top, according to the regulatory agency.

In addition, Mukul Sharma, a well-known and dependable source, validated the POCO C40's initial specifications. Despite its low price, the smartphone is said to include dual-band WiFi and support for 10W charging. 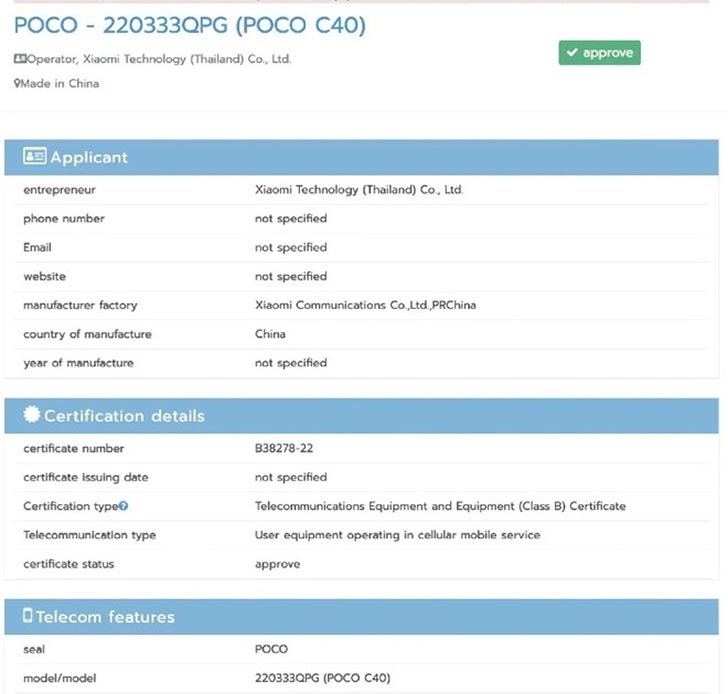 The internals of Xiaomi's new POCCO mobile aren't particularly outstanding, scoring 155 single-core and 749 multicore marks on Geekbench. The phone boasts an Octa-Core architecture, according to the listing. There are four cores that run at 1.50 GHz and four cores that run at 2 GHz. These cores are ARMv8-based, however, it's unclear whether they're Cortex-A53 or Cortex-A55.

The battery has a massive capacity of 6,000 mAh. The manufacturer has not stated when the POCO C40 would be made official, but the device's pricing is unlikely to surpass USD 129 or (about 25,000 PKR)