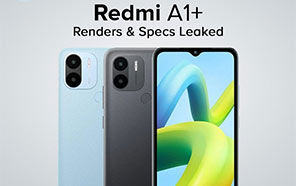 New renders of the Redmi A1 Plus have surfaced ahead of the launch. The Redmi 10C's upcoming cousin has been awaited for quite a while now. And since the keynote of its sibling A1, multiple A1+ specs have been disclosed via rumors and certifications. The latest report from leaker Sudhanshu Ambhore sums it all up quite nicely. 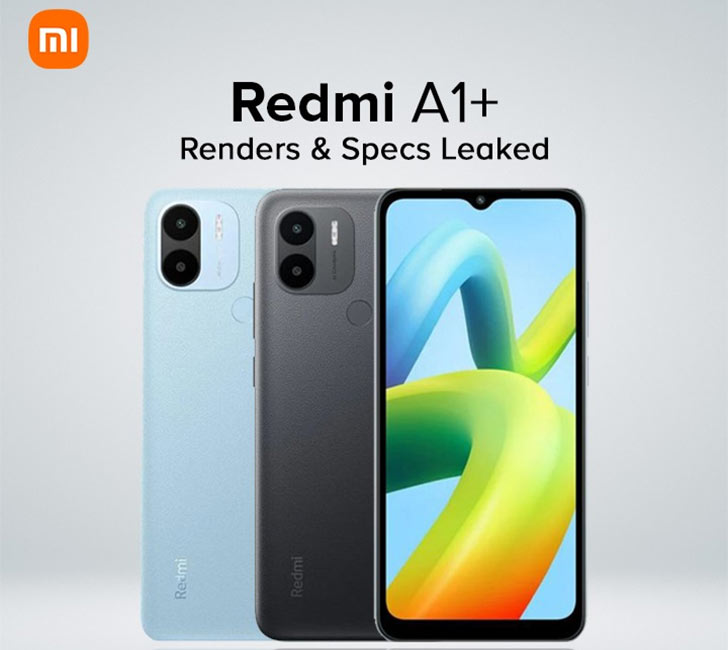 Let's begin with the Xiaomi Redmi A1 Plus design. The phone looks radically similar to its sibling A1 except for the fingerprint scanner on the back. The phone has a dashing, almost premium-looking finish with its leatherback texture which helps with a comfortable grip.

The renders showcase soft pastel shades on A1 Plus. The palette includes Black, Light Blue, & Light Green colors with a dual-camera setup on the back, sitting on a slightly protruded squircle island. The upcoming Redmi Entry addition has chunky bezels with ~81% screen-to-body and drop-notch bleeding into the screen.

Reportedly, Redmi A1 plus features an HD+ 6.52" display with 1600 x 720 resolution, scratch resistance, and a 20:9 aspect ratio. the Xiaomi Redmi new model flaunts a responsive 120Hz touch rate and 400-nit peak brightness. And it has a 5MP camera concealed in the notch.

The prime camera on the A1 plus' leather-back sports an 8MP sensor. Under the hood lies the MediaTek Helio A22 chip that hooks up to a 5000mAh battery. The Internal 32GB storage combines with 2GB LPDDR4X RAM to run the Android 12 stock operating system.

Redmi A1 plus will also bring a single speaker grill, a USB port, a 3.5mm headphone jack, a Micro-USB port, Dual-SIM slots, a dedicated MicroSD slot, 2.4GHz Wi-Fi, and Bluetooth 5.0 support. The package uses a 10W charger to top up. The "Plus" on the up comer's moniker doesn't mean better specs than its counterpart; that only means there's a fingerprint scanner on the back, while the vanilla A1 doesn't.